Surety bonds written by licensed insurers will be mandatory for certain public construction projects in Ontario if a bill tabled Tuesday is passed into law. 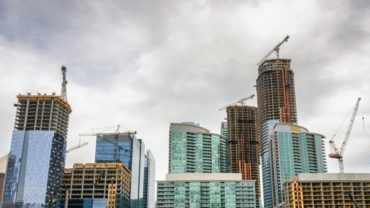 Bill 142, if passed into law, will “require surety bonds to be posted on public projects above a certain dollar amount,” Attorney General Yasir Naqvi told the Ontario Legislature Tuesday, after tabling the bill for second reading.

“These bonds are currently used in both public and private projects, but there is no legislation that mandates contractors to post them,” Naqvi said of proposed changes to the Ontario Construction Lien Act. “By posting mandatory surety bonds, subcontractors and suppliers would be protected and paid in case of a project’s insolvency. In addition, specific bookkeeping requirements would be set out to better protect subcontractors if a contractor becomes insolvent and cannot pay its debts.”

Construction laws that worked in 1983 – when the Construction Lien Act was first passed – “are not cutting it in today’s economy,” Naqvi said. “Construction projects and payment processes have become more and more complex. Late payments are becoming a pervasive problem in all sectors of the construction industry. In fact, between 2002 and 2013, the average collection period in construction has increased from about 57 days to 71 days.”

A proposed new section of the law “creates requirements for a contractor who enters into a contract with an owner that is the Crown, a municipality or a broader public sector organization” to provide the project owner “with a labour and material payment bond, and with a performance bond, if the contract price is above the amount set out in the regulations,” the government states in an explanatory note to Bill 142.

The proposed changes also stipulate that “the deadline for making a payment would be triggered by the first submission of a proper invoice,” Naqvi told the legislature Sept. 12. “Under our proposal, the proper invoice would clearly state information like the amount owing and the payment terms, and invoices would be submitted monthly, unless the parties set out an alternate arrangement in their contract.”

The proposed changes to the Construction Lien Act are based in part on a review led by two lawyers – Bruce Reynolds and Sharon Vogel of Borden Ladner Gervais – commissioned by the Ontario government.

Vogel and Reynolds prepared a report – Striking the Balance: Expert Review of the Ontario Construction Lien Act – for the Ontario government, released in April, 2016.

The noted that in 1935, the Miller Act in the United States mandated surety bonds. They recommended that Ontario government “enter into a dialogue with the Surety Association of Canada to agree on standard form surety bonds to be incorporated into the Act by regulation.”

“When a Labour and Material Payment Bond is in place, claimants that supply labour and/or material to an insolvent contractor are protected for the total debt owing by the contractor, subject to the penal limit of the bond,” Reynolds and Vogel wrote in the report. “One certain way to provide protection to subcontractors and suppliers involved in all forms of construction projects for the public sector, regardless of the project delivery model that is adopted on each project, is to adopt a statutory regime similar to the Miller Act.”