Fire safety can be impacted if a building is made from lightweight, prefabricated material, and legislation under debate would mandate placards for certain construction types in Ontario.

He was explaining Bill 33, the Rea and Walter Act, which passed second reading Oct. 4 and was referred to committee. If passed into law, Bill 33 would require emblems on wood-framed buildings in which roofs or floor supporting systems are made of lightweight, prefabricated materials.

“What about insurance rates? According to the Insurance Bureau of Canada, they would be unaffected,” Pettapiece said. 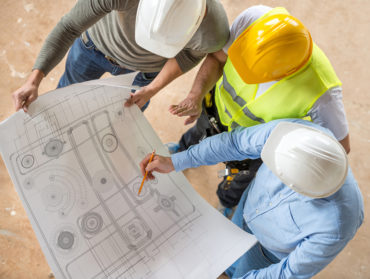 The draft legislation defines truss and lightweight construction as structural pieces where those members are connected to form a series of triangles to span a distance greater than would have been possible by using any single piece.

The proposed mandatory placards would be there to warn firefighters if a building is on fire.

“While traditional floor joists burn in about 15 minutes, pre-engineered joists can take only about six minutes to burn,” Pettapiece said Thursday.

The private member’s bill is named after firefighters Ken Rea and Ray Walter, who died while searching for victims in the burning Dollar Store in Listowel in early 2011. The roof collapsed.

Listowel is in Pettapiece’s riding of Perth-Wellington, which also includes Stratford, St. Mary’s and Mount Forest.

MPPs from other parties spoke Thursday in favour of Bill 33.

“It’s like having a bottle of laundry detergent or a chemical that has a ‘poison’ sign on it. It’s a warning. It makes sense,” said John Vanthof, NDP MPP for Timiskaming-Cochrane

Truss and lightweight construction in itself is not the problem, Pettapiece suggested, but it can be a problem if the building gets very hot.

“They don’t even have to be on fire to pose a danger. High heat can make the wood unstable by melting the glue that holds the joists together. Fire crews cannot know the construction type of every building every time they pull up to a fire.”

The rules on placards would apply to commercial and industrial buildings as well as multi-family dwellings of three or more units, other than townhouses.

More News
Related
Claims whack-a-mole: what’s going on in property lines?
Why marijuana plant value is so important for adjusters
How cell phone records proved this insurer’s auto fraud case
How business interruption claims could play out in the legal marijuana space