‘Work performed’ exclusion in builder’s liability policy does not apply in allegations of consequential damage: Court of Appeal for Ontario

A “work performed” exclusion in a commercial general liability policy for a building contractor does not apply if a lawsuit against a contractor alleges consequential damage, the Court of Appeal for Ontario suggested in a ruling released Tuesday. 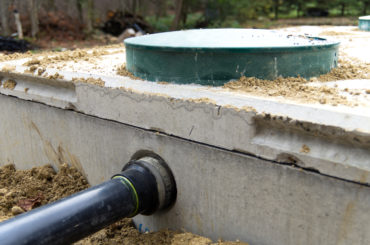 Parkhill Excavating Limited was retained, in 2004, for the “design, supply and supervision of construction and installation of septic systems” for a subdivision in the City of Kawartha Lakes, near Peterborough, Madam Justice Susan Healey of the Superior Court of Justice wrote.

The work was performed over six years.

“In May 2010, the Kawartha Pineridge District Health Unit wrote to 25 homeowners warning of potential problems with some of the subdivision sewage septic systems,” Justice Healey wrote, in a ruling over Parkhill Excavating’s liability insurance coverage, released in 2015.

The 36 septic systems were replaced in 2011 by BGS and Tarion Warranty Corporation.

Parkhill was sued by landowner BGS Homes Inc. and builder B.G. Scugoc Inc. Arthur Thomas Barker and Randy Arthur Barker were also named personally as defendants. It was alleged in the lawsuit that Parkhill, from 2004 through 2010, “supplied and installed incorrect and non-compliant filter mediums, also known as filter sand, in the septic systems of all 36 homes.” It was also alleged that “the calculations and designs Parkhill used to obtain the permits for the septic systems in 11 of the homes did not conform to the features of the houses, as larger tanks and septic beds were required under the Building Code Act.”

Justice Healey found that none of the three carriers owed Parkhill or the Barkers a duty to defend. The claims dispute with the insurers is cited as Parkhill Excavating Limited v. Royal & Sunalliance Insurance.

Justice Healey’s ruling was reversed by the Court of Appeal for Ontario, which said the insurers have a duty to defend “subject to a determination of whether coverage is excluded under the Professional Services Exclusion and excluding a defence regarding the allegations of fraud, deceit and dishonesty as against Arthur Barker.”

RSA and Northbridge had identical coverage wordings that stated:

Economical’s policy wording added that “Property damage that is loss of use of tangible property that is not physically injured shall be deemed to occur at the time of the ‘occurrence’ that caused it.”

Northbridge excluded, among other things, damage to “that particular part of any property that must be restored, repaired or replaced because ‘your work’ was incorrectly performed on it.”

The RSA and Economical policies excluded “property damage to your work arising out of it or any part of it and included in the ‘products, completed operations hazard.'”

However she found the work performed exclusions applied, and that the “only real question to be determined is whether the damage arose out of work performed by a subcontractor on Parkhill’s behalf.” She went on to find that Parkhill had not proven that the supplier of sand, Robert E. Young Construction Ltd., was a subcontractor within the meaning of the CGL policies.

But the Court of Appeal for Ontario found that Justice Healey erred in not finding that that fact that “the mere possibility” that consequential damages are alleged, triggered a duty to defend on the part of the insurers.

The lawsuit against Parkhill by the builder and landowner “makes repeated reference to remedial work,” wrote Mr. Justice William Hourigan of the Court of Appeal for Ontario, in its Nov. 8, 2016 ruling. “In particular, the claim for the increased cost of remedying work once the homes have been sold by implication engages consequential damages claims.”

The insurers’ duty to defend “would have been established as the potential consequential damages claims could not be excluded by the Your Work Exclusion,” Justice Hourigan added in the Court of Appeal for Ontario’s unanimous ruling.

The B.C. Housing Commission alleged that the defects and damage on the condos included water leaking through exterior walls, as well as improper and incomplete installation and construction of framing, stucco walls, vinyl siding, windows, sheathing paper and flashings, among other things.

Progressive Homes alleged the “inadequate construction” was completed by subcontractors responsible for the installation of vinyl decking, a waterproof membrane and a ventilation system.

One of Progressive Homes’ policies with Lombard had a General Liability Broad Form Extension Endorsement, Mr. Justice Marshall Rothstein of the Supreme Court of Canada wrote in 2010. The “work performed exclusion in that extension endorsement excludes “‘Property damage’ to ‘that particular part of your work’ arising out of it or any part of it and included in the ‘products – completed operations hazard.'”

“However, this does not end the matter,” Justice Rothstein wrote. “On my reading of the exclusion, all that is excluded is coverage for defects.”

The endorsement “expressly contemplates the division of the insured’s work into its component parts by the use of the phrase ‘that particular part of your work,'” Justice Rothstein added. “For example, the exclusion could read: ‘Property damage to the window arising out of the window or any part of the window and included in the products-completed operations hazard.”

This, Justice Rothstein added, “means that coverage for repairing defective components would be excluded, while coverage for resulting damage would not.”

In Parkhill, the Court of Appeal for Ontario ruled that “if consequential damage is alleged,” the work-performed exclusion “applies only with respect to the cost of repairing the insured’s faulty work, and there is coverage for the consequential damage.”