Aspen Insurance reports a combined ratio of 93.8% for the third quarter of 2016 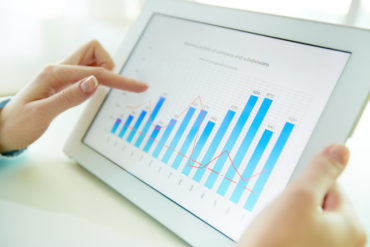 For the Insurance segment specifically, GWP of US$397.6 million decreased 1.6% in the most recent quarter compared with US$403.9 million in Q3 2015, primarily due to a decrease in the Property and Casualty sub-segment, offset by growth in the Financial and Professional lines and Marine, Aviation and Energy sub-segments. The combined ratio of 95% compared with 88.3% for Q3 2015. The combined ratio for the third quarter of 2016 included US$10.1 million, or 2.8 percentage points, of pre-tax catastrophe losses, net of reinsurance recoveries, from weather-related events in the United States, Aspen Insurance said in the release. The loss ratio of 57.7% compared with 55% in Q3 2015.

The Reinsurance segment saw GWP of US$365.9 million in Q3 2016, an increase of 15.6% from US$316.6 million in Q3 2015, with premium growth primarily in the Specialty sub-segment, including US$103.3 million in premiums from AG Logic Holdings (AgriLogic). The combined ratio of 88.3% improved from 94.7% for the third quarter of 2015. The combined ratio for the third quarter of 2016 included US$14.8 million, or 4.7 percentage points, of pre-tax catastrophe losses, net of reinsurance recoveries, primarily as a result of weather-related events in the U.S. and a hailstorm in the Netherlands, Aspen Insurance said. The loss ratio of 56.5% compared with 59.7% in the third quarter of last year.

“Aspen’s results this quarter reflect good underwriting profitability across our business,” said the company’s CEO Chris O’Kane, in the release. “This was demonstrated by our 93.8% combined ratio and the improved accident year ex-cat loss ratios achieved by both business segments. At Aspen Insurance, we continued our efforts to reduce volatility, while also delivering growth in targeted areas such as in our Financial and Professional lines portfolio,” he said, adding that the company remains “very disciplined” in its selection of risk and continues to enhance its range of products.

Aspen Insurance provides reinsurance and insurance coverage to clients in various domestic and global markets through wholly-owned subsidiaries and offices in Australia, Bermuda, Canada, France, Germany, Ireland, Singapore, Switzerland, the United Arab Emirates, the United Kingdom and the United States. For the year ending Dec. 31, 2015, Aspen Insurance reported US$11 billion in total assets, US$4.9 billion in gross reserves and US$3 billion in gross written premiums.