Manitoba’s Public Utilities Board (PUB) has found a recently enacted insurance reserves regulation to be “invalid.”

The Reserves Regulation sets out the manner of determining the amount to be maintained by the Manitoba Public Insurance (MPI) Corporation in its reserves supporting the basic, extension and special risk extension lines of business. 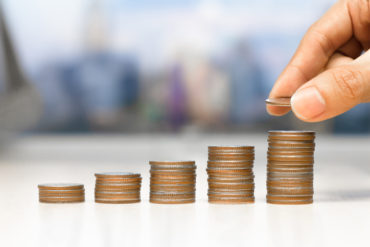 The regulation required MPI to maintain its reserves at $350 million, reportedly nearly double its previous size, which the Manitoba government said is needed to absorb sudden and unexpected costs, the Winnipeg Sun reported last week. The Reserves Regulation itself says, in part, the minimum amount the corporation must maintain in its rate reserve is the amount determined using a minimum capital test (MCT) ratio of 100%. The Corporation may use amounts in the reserve that are in excess of the amount required using the MCT ratio “only for the purpose of reducing the rate indication required for the plan of universal compulsory automobile insurance in a subsequent year.”

“Based upon Supreme Court of Canada authority, unless the statutory framework grants the Board the authority to decline to hear an issue, the Board is required to hear all issues properly before it, including the validity of legislation or regulations,” PUB said in a Dec. 3 press release outlining Order No. 176/19 on compulsory 2020/2021 driver and vehicle insurance premiums. “After careful consideration, the PUB found that the Regulation has, without statutory authority, circumscribed the rate-setting jurisdiction of the Board. If the Board’s powers are to be circumscribed or limited, the authority to do so must be set out in statute, thus the Regulation is found to be invalid.”

PUB also weighed in on the issue of MPI offering online insurance services – a concern of some brokers in the province – by saying it is “not in a position to issue directives to MPI as to how to offer online services to the public.” PUB said it received “significant evidence” regarding MPI’s service delivery model (primarily with respect to its agreement with the Insurance Brokers Association of Manitoba (IBAM) for commissions). However, “it does not have the jurisdiction to direct the Corporation as to the terms and conditions of any agreements it enters into with service providers, including IBAM.”

The brokers’ association told Canadian Underwriter in October that Manitoba drivers should be able to get online insurance services, such as a change of address, but brokers should have some involvement in these processes. Even a seemingly simple process like a change of address could have implications on the best coverages and/or vehicle classification for that customer,” IBAM said at the time.

It’s unclear if these online services could be considered a direct-to-consumer model or if there is some way a broker would remain an intermediary. “Questions like that are to be determined,” MPI spokesperson Brian Smiley said in October. “We are not quite sure how the online process will look, but we have talked about it to the brokers. They have concerns about it, and we have heard their concerns.”