The outlook for the Canadian property and casualty (P&C) industry is stable, driven by good demand, strong underwriting discipline and solid balance sheets, Moody’s Investors Service said in a report released on Monday. 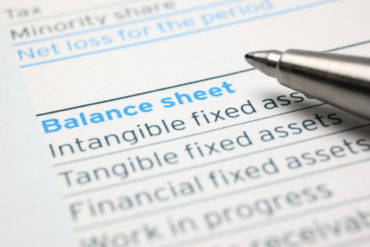 However, despite the stable outlook, these trends will be offset by persistently low investment yields and potential volatility from catastrophes, Moody’s said in a press release.

The credit ratings firm noted in the report titled P&C Insurance – Canada 2017 Outlook – Stable on Modest GDP Growth, Strong Underwriting that consolidation remains a key theme in the Canadian P&C industry, as shown by Aviva Canada’s purchase of RBC General in 2016, among others. In fact, Moody’s said in the release, Canada’s three largest insurers write 36% of industry premiums, up from 30% five years ago.

“As consolidation continues, industry leaders will benefit from stronger pricing power and the advantages of scale in both distribution and claims,” said Jason Mercer, an assistant vice president and analyst at Moody’s. “There will also be a shift away from using brokers to sell insurance toward direct and agency models.”

Larger groups will also be better positioned to cope with the pressures that the industry is facing from low interest rates that are suppressing investment returns, the report added.

Incidences of natural catastrophes could also impact insurers, Moody’s reported. The largest wildfire in Alberta’s history this year resulted in almost $4 billion in insured losses after the fire destroyed a significant proportion of Fort McMurray.

In Ontario, the report said, personal lines should benefit from short-term stability in Ontario auto insurance as political pressure to cut auto insurance premiums has abated. In August 2013, the government of Ontario announced a mandatory 15% drop in average industry auto insurance premiums over the following two years. However, legislation passed during this period to reduce claims costs – particularly with respect to costs susceptible to fraud, such as accident benefits – has helped maintain insurers’ margins, the release said.

With regard to opportunities and risks to insurers, Moody’s cited product innovation such as usage-based insurance, the sharing economy and cybersecurity.

“Moody’s outlook could change to negative should there be a significant jump in catastrophe exposures, a 10% decline in industry capital or a drop in our GDP growth forecast to below 1%,” the release said. “Factors that could drive a positive outlook include P&C pricing exceeding loss cost trends, interest rates gradually rising 2%-3% from current levels, and/or materially stronger economic growth.”

The report is part of a series of 2017 credit outlooks that provide insight into next year’s credit conditions across all sectors.