Hurricane Hermine is expected to have a “modest” impact on the property and casualty and catastrophe bond markets, according to ratings agency Fitch Ratings. 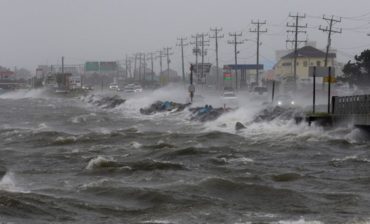 Insured losses for reinsurers from this event will also likely be limited, but Fitch said in a statement on Wednesday that it believes the hurricane could depress third quarter results for primary insurers in the affected region.

Hermine became the first hurricane to make landfall in the state of Florida in over a decade on Sept. 2, reaching its peak intensity as a Category 1 hurricane before weakening as it crossed through Georgia and South Carolina and headed into the Atlantic. As a post-tropical storm, Hermine also produced high winds and waves along the coast of the mid-Atlantic states as it travelled northeast.

Karen Clark & Company estimated that insured losses from the event will approach US$500 million and is “likely to produce in excess of 50,000 claims,” with economic damage of around US$1 billion. That level would be manageable for the industry, but could depress third-quarter 2016 earnings for primary writers in Florida and other southeast states, Fitch reported.

Market share dynamics in Florida have changed considerably since 2005’s Hurricane Wilma, the last hurricane that came ashore in the state. In the 11 years since, homeowner insurance risk in Florida has shifted away from national writers. Smaller Florida specialist homeowners’ insurers grew significantly during that period and now hold approximately 60% of Florida homeowners’ insurance market share.

The limited history for most new primary companies means that their balance sheets and operating infrastructures are untested by any large loss experience. Also, the ability for these companies to quickly and effectively assess and pay losses during a substantial increase in claims from a large hurricane landfall is uncertain, the ratings firm said. “Loss experience from Hermine will provide insight into the preparedness of the Florida specialist companies for the next significant storm that hits the state.”

Numerous outstanding cat bonds include Florida and other east coast states in their exposure to hurricane/named storm risk, however Fitch does not expect losses to materialize for any outstanding cat bond given the relatively small insured loss expectations from the event.