“We consider the coronavirus outbreak to be largely an economic event for now, which will not result in significant underwriting losses for the P&C industry overall,” wrote DBRS Morningstar’s Victor Adesanya and Marcos Alvarez in the MSA Quarterly Outlook Report Q4-2019, released Wednesday. “However, some lines such as events cancellation and travel insurance will experience an increase in claims.”

Investment income will also most likely to be affected in the short-term, the authors wrote in the commentary piece Coronavirus: Limited Claims Impact on Certain P&C Lines but Financial Markets’ Volatility will Affect Investment Portfolios. “Equity market fluctuations and cuts in interest rates by central banks to limit the economic fallout from the coronavirus may also affect investment income because of the fluctuations in realized and unrealized market losses.” 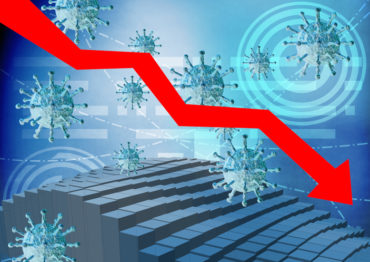 Still, the industry entered 2020 “very well-capitalized” with almost $54 billion in total capital and $24 billion in excess capital over the regulatory minimum, wrote MSA Research president and CEO Joel Baker, in the report. “That capital has undoubtedly been eroded by the financial meltdown, but it should be enough to absorb the shock,” he wrote. “The industry only had $7.1 billion (or about 6% of its invested assets) in common shares; the majority of the remained being bonds or other interest-yielding assets [that] will appreciate in the short-term as interest rates grind lower.”

Grant Kelly, vice president of financial analysis & regulatory affairs and chief economist with the Property and Casualty Insurance Compensation Corporation (PACICC), examined the effect of the significant drop in the value of stocks held by 178 Canadian P&C insurers since the pandemic. (The TSX Index lost over 29% of its value between Feb. 20 and Mar. 17.)

The industry invested about 70% of their portfolios in bonds, with 25% of investments held in common and preferred stocks, Kelly reported. The remainder was held as cash, with an additional small amount in real estate. In total, half (89) of Canadian P&C insurers reported no common or preferred stocks at all.

“This means that the 29.5% decline in the stock market had zero impact on the solvency of half of PACICC’s member insurers,” Kelly wrote in Solvency Matters, PACICC’s quarterly report released Tuesday. “However, for the insurers that did hold equities, their capital base was likely negatively impacted. PACICC estimates that P&C insurers that held stocks lost, on average, 5% of their capital base.”

P&C insurers benefited from a decline in interest rates in 2019. And with 70% of their invested assets in bonds, these insurers saw the return on these investments rise from 2.1% in 2018 to a robust 3.6% in 2019. While these returns seem small, they did result in a meaningful 77.5% increase in investment income, Kelly wrote in P&C Insurers Positioned Well in a Difficult First Quarter.

Related: What Canadian P&C industry fears the most about the pandemic

DBRS Morningstar said the most significant impact of the coronavirus pandemic in the short-term could be in the reporting of investment income as a result of the equity market shocks on the market value of invested assets. Interest rate fluctuations would also have an impact on the valuation of fixed-income assets, as various central banks reduce their benchmark rates to try to stimulate economic activity.

For example, the Bank of Canada cut the prime rate by one full percentage point since February, which will increase the value of bonds being held by every insurer, and further rate cuts are possible. Each half-percent cut in interest rates increases the value of the industry’s existing bond portfolio by $1.7 billion, Kelly noted.

Overall, the industry experienced robust growth of over 10% in 2019, largely as a result of a tight commercial market and hardening in personal property lines, Baker said. The industry earned an underwriting profit of over $1 billion, though more than half of that emanated from Lloyd’s. The industry’s combined ratio came in at 98.07%, slightly lower than in 2018. The industry ROE stood at 8.13%, up from a “miserable” 3.9% in 2018, Baker wrote.

In the short-term, the solvency of Canadian P&C insurers should not be a significant source of concern, Kelly added. “However, in the medium- and longer-term, our industry is simply a proxy for the growth and prosperity of our nation. As Canada suffers, so too will our industry.”