Why Intact will not chase growth by lowering rates

As both personal and commercial markets continue to show signs of hardening, Intact Financial Corporation will not pursue growth by lowering rates as 2019 approaches.

“We’re not chasing growth by lowering rates as we move into 2019,” Darren Godfrey, Intact’s senior vice president of personal lines, said Wednesday during an earnings call discussing its Q3 2018 results. 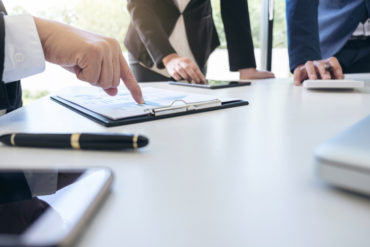 Godfrey described the insurer’s approach as “very segmented, very cautious, very prudent. But we do expect there will continue to be some short-term pressure.” In a one-year timeframe, Intact expects to see “growth opportunities arising for us. We do expect that the industry will catch up with rate adequacy as the conditions continue to firm.”

Looking at industry results in personal auto after the first six months of the year, the industry continues to be challenged with a combined ratio in excess of 100%. “Clearly, there’s rate inadequacy within the market that will drive further rate increases,” Godfrey said.

While the rate implications of marijuana legalization are not yet clear, “we will be very prudent in terms of how we reflect the possible impact of cannabis both in terms of our perspective view on automobile, but also in terms of subsequent rate increases that we’ll be looking to gain pretty much coast-to-coast,” he added.

In Q3 2018, personal auto premiums declined 2% compared to the same quarter last year, “as rate increases taken ahead of the market and segmentation initiatives impacted unit growth,” Intact said in a statement. The combined ratio of 99% improved 6.1 points over last year.

Commercial lines are also tightening more than expected. In the third quarter of 2018, the commercial (P&C and auto) combined ratio was 94.9%, 18.4 points higher year-over-year.

“That’s clearly above expectation and was affected by two elements: cats and large losses,” said Alain Lessard, Intact’s senior vice president of commercial lines, during the conference call. (Intact defines a cat as any large event in excess of $7.5 million).

The biggest cat of the quarter was the Sept. 21 tornadoes that ripped through the Ottawa-Gatineau regions, which went through a path where Intact had commercial lines exposure. “That really drove the cats, at 4.5% above historical average.” Eight points of the increased combined ratio were due to cats during the quarter.