Net losses on investment contributed to Fairfax Financial Holdings Limited seeing net earnings drop to US$1.3 million in 2016 Q3 compared to US$424.8 million in 2015 Q3.

The results reflect “strong operating income offset by net losses on investments,” notes a statement last week from the company. 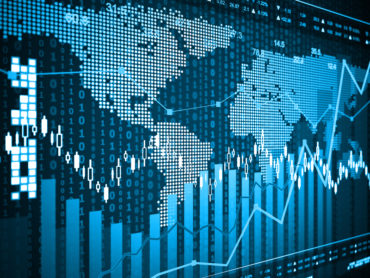 Fairfax Financial Holdings is a holding company which, through its subsidiaries, is engaged in property and casualty insurance and reinsurance and investment management. These include Northbridge Insurance, Odyssey Reinsurance Company, Crum & Forster, Zenith National, Brit Insurance and Fairfax Asia.

“Net losses on investments of US$200 million were primarily as a result of price fluctuations in stocks and our CPI-linked derivative contracts,” Prem Watsa, chairman and CEO of Fairfax Financial Holdings, says in the statement.

Operating income for the insurance and reinsurance operations (excluding net gains or losses on investments) was up in 2016 Q3 compared to 2015 Q3, amounting to US$284.6 million compared to US$260.6 million. This reflects “an increase in interest and dividends and share of profit of associates,” the statement notes.

It was a mixed bag – in terms of increases and decreases – when looking at NPW and net premiums earned (NPE).

In 2016, Fairfax Financial Holdings came to a number of agreements, including the announcement to acquire a 100% interest in Zurich Insurance Company South Africa Limited for US$129 million, completing a previously announced acquisition of an interest in Eurolife ERB Insurance Group Holdings S.A. for US$181 million, and agreeing to acquire from AIG insurance operations in Argentina, Chile, Columbia, Uruguay, Venezuela and Turkey and certain assets and renewal rights with respect to AGI business written in eastern Europe, with total consideration being US$240 million.

“The company has sold approximately 90% of the U.S. long term treasuries in its investment portfolios; as a result, its cash and short term investments will be in excess of US$10 billion,” the company reports.

“Our insurance companies continued to have excellent underwriting performance in the third quarter and the first nine months of 2016 with a consolidated combined ratio of 91.3% and 93.4%, respectively,” Watsa says in the statement.

“We are maintaining our defensive equity hedges and deflation protection as we remain concerned about the financial markets and the economic outlook in this global deflationary environment,” Watson reports.

That said, “we continue to be soundly financed, with quarter-end cash and marketable securities in the holding company over $1.1 billion,” he adds.

More News
Related
Fairfax reports 2016 combined ratio for insurance and reinsurance operations of 92.5%
Munich Re operating result down in 2016 from 2015, new partnerships could answer changing client demands
Allied World combined ratio up 2.8% in fourth quarter of 2016
Net income for Swiss Re US$1.2 billion in 2017 H1, down from about US$1.9 billion in 2016 H1