As the Bank of Canada announced Wednesday its second rate hike in less than two months, an analyst with A.M. Best Company Inc. suggested to industry professionals that  a 2.1-point increase in the industry-wide operating ratio in the Canadian property and casualty sector was driven in part by the low interest rate environment. 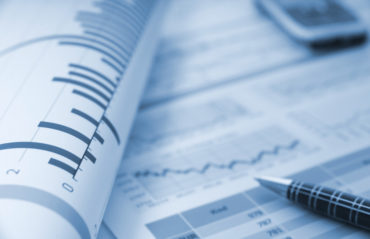 The Bank of Canada announced Wednesday it is raising the target rate for the overnight rate to 1.0%. On July 13, the central bank had announced it was raising that rate – for the first time in seven years – from 0.5% to 0.75%.

In a report released Aug. 31 – Canadian P/C and Life Remain Stable as Economy Rebounds, While Housing Market Bears Watching – A.M. Best reported the combined ratio across the Canadian P&C industry increased 2.7 points, from 95.5% to 98.2% in 2016.

The operating ratio increased from 89.9% in 2015 to 92% in 2016, said Gordon McLean, senior financial analyst for A.M. Best, on Wednesday during the Oldwick, N.J.-based rating firm’s annual Insurance Market Briefing – Canada at the Sheraton Centre in Toronto.

The industry-wide combined ratio was driven by increased frequency and severity of the underlying catastrophe losses, while the “persistent low interest rate environment has driven a reduction in the investment ratio in recent years,” McLean added.

Also speaking Wednesday was A.M. Best associate director Raymond Thomson, who showed a list of the most expensive P&C catastrophe losses in Canada over the past 25 years, ranked by loss and loss adjustment expenses adjusted for inflation.

Topping the list was the 2016 Alberta wildfire, at about $4 billion, while placing second was the 1998 Eastern Canada ice storm (which A.M. Best pegged at $2.2 billion, adjusted for inflation). Two flood events in 2013 (one affecting southern Alberta and the other affecting the Greater Toronto Area) placed third and fourth, with industry-wide losses of $1.8 billion and $996 million respectively, while the wildfire affecting Slave Lake, Alta. in 2011 placed fifth, at $806 million. A rain storm in August, 2005 in Toronto – which washed out the Finch Avenue bridge crossing Black Creek – placed sixth.

“What is striking on the list of large losses is that only two of these events date in the 1990s, with the balance all occurring since 2005 and four of them since 2013,” McLean said.

Missing from the 25 most expensive catastrophes was an earthquake, Thomson noted.

“We in the States have got some fault lines in California (and) the New Madrid fault line in the midwest,” Thomson noted, alluding to a fault that produced three large earthquakes – with an epicentre in New Madrid, Missouri – in 1811-12.

“Prognosticators will sit there and say, ‘We are going to get the big one this year’ and one of these years they are going to be right,” Thomson added. “It might be this year. It might be 2525. But one day they will be right that the big one is going to hit, so damage at that point will probably be catastrophic. It is coming and you guys have the same concern here both in the Vancouver area and in the Quebec area as well.”

“Cyber security has become the focus of more attention and an integral part of each company’s enterprise risk management approach,” McLean said. “As cyber products become more of a staple in the marketplace, the industry’s understanding of these risks will continue to evolve.”

EDITOR’s NOTE: A previous version of this article incorrectly stated that the low interest rate environment was among the factors affecting the industry-wide combined ratio. Canadian Underwriter regrets the error.