Personal auto premiums for Q3 up 5% for Intact, personal property premiums up by 8%

Intact Financial Corporation (IFC) has reported that personal auto premiums for the third quarter of 2016 ending Sept. 30 grew by 5%, while personal property premiums grew by 8% from the prior-year quarter. 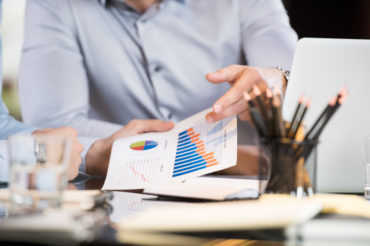 IFC said in its financial results released on Wednesday that personal auto premiums grew 5% on the company’s growth initiatives, including telematics, distribution, branding and improved digital experiences. The segment’s combined ratio of 104.3% was impacted by 6.2 points of catastrophe losses, 2.3 points of non-catastrophe weather losses, low favourable prior year claims development and cost inflation, IFC said in a press release. This resulted in an underwriting loss of $41 million compared to income of $51 million last year.

Personal property premiums grew 8% in the most recent quarter, as growth initiatives were supported by favourable market conditions. The combined ratio was 99.7% (Q3 2015: 97.4%), as strong underlying underwriting results were offset by 18.8 points of catastrophe losses, significantly higher than the catastrophe losses last year. This resulted in underwriting income of $2 million compared to $11 million last year.

Commercial P&C premium growth was flat, as rate increases were offset by competitive markets and difficult conditions in western Canada, IFC said in the release. The combined ratio was very strong at 81.3% from 84.6% in Q3 2015, due to profitability actions and lower catastrophe losses. This resulted in underwriting income of $79 million compared to $64 million last year.

Commercial auto premiums grew 7% on the introduction of innovative products for the sharing economy. The combined ratio improved substantially to 88.6% from 97% in the third quarter of 2015, driven by ongoing profitability actions, favourable prior year claims development and lower large losses. This resulted in underwriting income of $21 million compared to $5 million last year.

Overall, the company delivered a combined ratio of 97% in the most recent quarter compared to 93.2% in Q3 2015, “as solid underlying performance was more than offset by 8.1 points of catastrophe losses.” Similar factors drove a combined ratio of 96.2% for the first nine months of 2016 ending Sept. 30, which included 6.2 points of catastrophe losses.

“Our business once again demonstrated its resilience despite higher than expected catastrophe losses from severe weather,” added Charles Brindamour, IFC’s chief executive officer, in the release. “We continue to adapt the protection we offer customers to reflect this new climate reality and to support those affected as they recover from the recent storms. Our commercial lines performed very well, thanks to our profitability plans. We are accelerating actions to address cost inflation in personal auto, while our personal property performance remains strong. Our solid growth and financial performance since the beginning of the year reflect our ongoing investment in growth, supported by a strong strategic plan.”

Looking forward, IFC expects that industry premiums will grow at a low to mid single-digit rate. In personal auto, the company expects claims cost inflation will lead to rate increases in all markets. In personal property, the company expects the current firm market conditions to continue, as companies are adjusting to changing weather patterns. And while commercial lines remain competitive, the company believes that continued low interest rates and elevated loss ratios of the past years support firm market conditions.

IFC is the largest provider of property and casualty insurance in Canada with $8 billion in premiums. Supported by over 12,000 employees, the company insures more than five million individuals and businesses through its insurance subsidiaries and is the largest private sector provider of P&C insurance in British Columbia, Alberta, Ontario, Québec, Nova Scotia and Newfoundland & Labrador. The company distributes insurance under the Intact Insurance brand through a network of brokers, including its wholly owned subsidiary, BrokerLink, and directly to consumers through belairdirect.