Personal lines cat ratio up 9.3 points at Intact due in part to Fort McMurray

Intact Financial Corp. released Wednesday its financial results for 2016, reporting a 5% increase in direct premiums written and a 40% drop in underwriting income during a year when Canada’s most expensive natural disaster cost the firm $400 million before reinsurance. 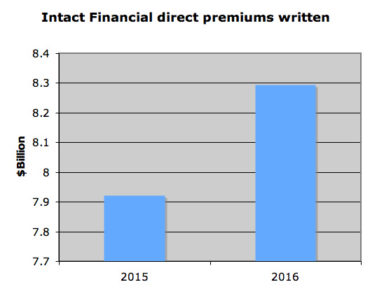 The wildfire last May that resulted in the evacuation of Fort McMurray, Alta had a $175-million impact, net of reinsurance, on Intact’s financial results for 2016, the company said in its management discussion and analysis. The cost before reinsurance was about $400 million, Intact said of the Fort McMurray wildfire, which to date is Canada’s costliest natural catastrophe when measured by insured losses. The impact after tax on Intact was $128 million. 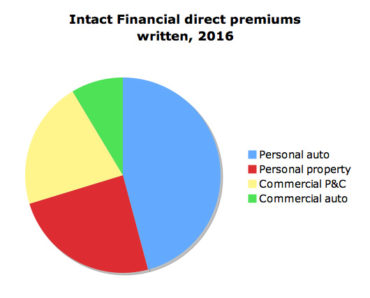 The industry pools consist of the Facility Association as well as risk sharing pools in Alberta, Ontario, Quebec, New Brunswick and Nova Scotia.

“Industry pools were impacted by deteriorated trends across the country, affecting both current year and prior year results,” Intact said in its MD&A.