The Insurance Corporation of British Columbia (ICBC) has posted a net loss of $582 million for the first six months of the current fiscal year.

It’s also projecting a year-end financial loss of $890 million for 2018/19. This significant loss comes after ICBC reported a net loss of $1.3 billion for its 2017/18 fiscal year, the public insurer said Friday. 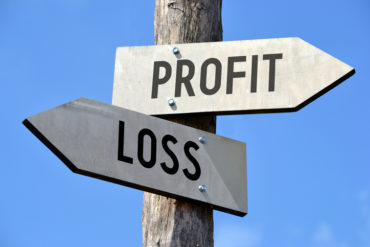 “Today’s announcement is yet more evidence of the need for real reform – and real competition – in BC’s auto insurance marketplace,” said Aaron Sutherland, vice president of the Insurance Bureau of Canada’s (IBC) Pacific region. “Under ICBC’s monopoly, British Columbians now pay more for auto insurance than drivers in the rest of Canada. In order to keep prices down and protect taxpayer dollars, the benefits of a more competitive marketplace must be included in future discussions about auto insurance in the province.”

The public insurer’s loss for the current fiscal year (April 1 to Sept. 30) is reflective of the continued pressure ICBC is under from the rising number and cost of claims. “The number of claims being filed with ICBC and the cost of both injury and vehicle damage claims have been escalating in recent years, as has been widely reported,” the public insurer said.

Net claims incurred for the current fiscal year alone topped $3 billion, an increase of $634 million, or 26%, over the same period last year ($2.4 billion). During the first six months of this current fiscal year, in particular, ICBC’s claims settlement costs have continued to grow. There has been an increasing number of large loss claims, which run into hundreds of thousands of dollars each, and “continuing aggressive pressure from plaintiff counsel,” which is leading to slower claims closure rates and higher settlement demands.

“There are no signs that the ongoing and increasing claims cost pressures ICBC is experiencing will abate without the major reform to the auto insurance product in British Columbia, which government and ICBC are implementing,” the insurer said. “While our current financial pressures are clearly serious, they have been caused by an auto insurance system which has long been in need of substantial modernization – something that is now, at last, happening.”

Changes to ICBC’s accident benefits will cost an estimated $200 million annually, ICBC said earlier this month. But this will be offset by an estimated savings of $1.2 billion per year through reduced legal costs, a limit on payouts for pain and suffering for minor injuries and a new dispute resolution model.

The B.C. government and ICBC are also modernizing ICBC’s 30-year-old insurance system to ensure all drivers pay premiums which more accurately reflect the risk they represent on the road. In addition, a number of road safety initiatives are underway, aimed at lowering crashes and mitigating the current financial pressures.

The growing claims costs pressures ICBC is facing will need to be addressed with the next basic rate application, due with the British Columbia Utilities Commission by Dec. 15. In January 2018, BCUC approved a 6.4% increase to ICBC’s basic insurance rate for the policy year commencing Nov. 1, 2017.

IBC said recent polling shows that 78% of British Columbians want more choice in auto insurance. A report from earlier this year showed that drivers in B.C. could save up to $325 annually if ICBC’s monopoly were ended and the market opened to competition. “Canada’s private insurers are at the ready, and eager, to compete and better serve B.C. drivers,” Sutherland said.