After estimating it could lose nearly $320 million due to natural catastrophes including major North Atlantic hurricanes in the three months ending September 30, Arch Capital Group Ltd. has reported its combined ratio in reinsurance deteriorated 51.5 points, from 75.9% in Q3 2016 to 127.4% in the latest quarter, while reinstatement premiums from three hurricanes contributed $15.8 in net premiums written. All figures are in United States dollars. 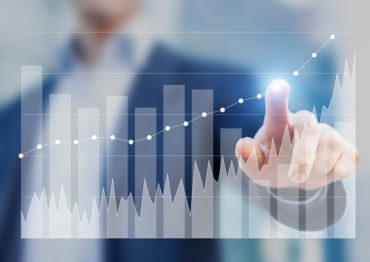 The financial results for Q3 “reflect estimated after-tax net losses from current accident year catastrophic events of $319.8 million (pre-tax net losses of $347.8 million), net of reinsurance and reinstatement premiums and excluding the ‘other’ segment,” Arch said Oct. 25 in a press release. “Such amounts were primarily related to Hurricanes Harvey, Irma and Maria, along with the Mexican earthquakes and other more minor global events.”

Those hurricanes made landfall Aug. 25 in Texas, Sept. 10 at two separate points in Florida and Sept. 20 in Puerto Rico. On Sept. 19, an earthquake measuring 7.1 on the Richter scale hit Mexico, causing at least 300 deaths and the collapse of at least 44 buildings in Mexico City, the U.S. Geological Survey reported earlier.

Arch Capital suggested Oct. 25 its estimated losses from Q3 catastrophes “may vary materially” from actual losses because its estimates were based on “currently available information derived from modeling techniques, industry assessments of exposure, preliminary claims information obtained from the Company’s clients and brokers to date and a review of in-force contracts.”

Total net premiums written were $1.32 billion in the most recent quarter, and this included $290 million in mortgage and $153.7 in other.

Company-wide, Arch reported Oct. 25 its gross premiums written were $1.56 billion in the latest quarter, up 28.2% from $1.21 billion in Q3 2016. Premium growth in insurance “reflected growth in program business, due to the continued effects of two newer programs, and in travel business,” Arch stated.

An increase in reinsurance premiums “reflected an increase of $45.4 million in casualty business related to a retroactive reinsurance contract which was substantially earned in the period and resulted in a corresponding increase to losses and loss adjustment expenses,” Arch said, adding “reinstatement premiums related to Hurricanes Harvey, Irma and Maria contributed $25.0 million to gross premiums written and $15.8 million to net premiums written in the 2017 third quarter.”