OTTAWA – The Bank of Canada kept its key interest rate on hold Wednesday, noting that while global recession concerns are waning, trade conflicts and related uncertainty continue to remain a key risk.

The central bank’s overnight rate target has been set at 1.75 per cent since October of last year. 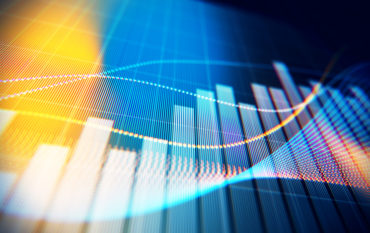 In its rate announcement, the Bank of Canada said there is early evidence that the global economy is stabilizing and growth is still expected to edge higher over the next couple of years.

“Financial markets have been supported by central bank actions and waning recession concerns, while being buffeted by news on the trade front,” the bank said.

“Indeed, ongoing trade conflicts and related uncertainty are still weighing on global economic activity, and remain the biggest source of risk to the outlook.”

Benjamin Reitzes, Canadian rates and macro strategist at BMO Capital Markets, called the Bank of Canada’s statement “glass half full” when compared with what he said was a more cautious tone in October.

“The risks around the economic outlook remain skewed to the downside and, while the same can be said for policy rates, some anticipated fiscal stimulus will likely provide the Bank of Canada with some breathing room,” he said.

Reitzes added that barring a negative shock hitting the economy, the Bank of Canada could be on hold for some time yet.

Trade, however, remains a key risk.

Stock markets tumbled Tuesday after U.S. President Donald Trump said he had “no deadline” to end a 16-month trade war with China that has hurt the global economy and downplayed the likelihood of reaching a deal before the U.S. elections next year.

New U.S. tariffs are set to kick in on many Chinese-made items, including smartphones and toys, on Dec. 15 in addition to taxes already being imposed on hundreds of billions of dollars worth of Chinese goods imported by the U.S.

Meanwhile, a resilient Canadian economy has allowed the Bank of Canada to keep interest rates on hold even as many of its international peers have moved to ease monetary policy amid concerns about the global economy.

Economic growth in Canada slowed in the third quarter to an annual pace of 1.3 per cent, in line with the Bank of Canada’s forecast in October. Consumer spending and housing helped support growth in the quarter, however the central bank also noted that investment spending came in stronger than expected.

Statistics Canada reported last week that growth in the third quarter came as business investment rose 2.6 per cent, its fastest pace since the fourth quarter of 2017.

“The bank will be assessing the extent to which this points to renewed momentum in investment,” the Bank of Canada said.

“Future interest rate decisions will be guided by the bank’s continuing assessment of the adverse impact of trade conflicts against the sources of resilience in the Canadian economy – notably consumer spending and housing activity.”

James Marple, a senior economist at TD Bank, said the economy has been developing much as the Bank of Canada expected in its fall monetary policy report.

He said the Bank of Canada could move to cut interest rates if the economic picture deteriorates, but that will depend on the resilience in the economy.

“In a perfect world, reduced global uncertainty would lead to a re-acceleration in business investment and exports, but we have become accustomed to lowering our expectations on this front,” Marple said.

Changes in the Bank of Canada’s overnight rate target affect the prime rates at the big banks and in turn the rates Canadians pay for variable-rate mortgages and other floating-rate loans.

The Bank of Canada’s next interest rate decision is set for Jan. 22, when it will also update its outlook for the economy and inflation as part of its quarterly monetary policy report.

This report by The Canadian Press was first published Dec. 4, 2019.