This year’s result follows two years of a profit remediation program for Canada’s second-largest P&C insurer by market share. Aviva Canada’s playbook over the past few years has included taking rate, investing in the claims-handling process, and taking a sophisticated approach to risk selection.

“No one is calling this ‘Mission Accomplished,’” Aviva Canada’s president and CEO Jason Storah told Canadian Underwriter, when asked to comment on the company’s ongoing financial turnaround over the past two to three years. “You know how long it takes insurance companies to turn their results around, but we are definitely on a really healthy trajectory, and we had a healthy set of results. Our top-line growth is good, because actually at the start of last year we were shrinking, so to get through a full year with a bit of growth is good. And the COR at 97.8% feels like a healthy spot. I think we’re probably middle of the pack, in terms of the industry, but we’ve still got good momentum heading into 2020, and we feel good about what we’ve got ahead of us.” 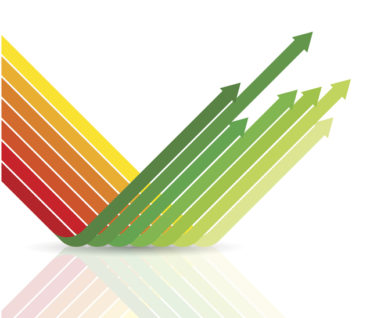 Storah said the industry can expect to see “more of the same” from Aviva Canada this year, in terms of focusing on business fundamentals.

However, one thing that will not stay the same is the weather, which played a significant role in Aviva Canada’s profitability last year.

“Last year for us was a fairly calm Cat year, certainly lower than the historical five-year and 10-year averaging,” Storah said. “But we’re assuming this year that Cat activity will be back to normal. Whether or not it will be better or worse remains to be seen — I certainly don’t have a crystal ball. But we’re planning for more Cat activity this year. If that happens, and if things go reasonably in line with what we are planning, I am still very, very confident that we’ve got lots of upside ahead of us this year and beyond.”

Aviva Canada’s controllable costs ticked upwards marginally (up to £402 million, or approx. Cdn$698 million) last year — an increase of 1% over the year before. This reflected “increased investment in claims personnel and processes, investment in our pricing capabilities and the Global Corporate and Specialty business, and continued investment in our IT infrastructure, mostly offset by lower real estate and other operating expenses,” Aviva plc reported.

Storah highlighted the investments in claims processing as a big factor in the company’s turnaround.

“The last six to 12 months, people have seen the impact of all the work that we have done in claims,” he said. “They should expect that to continue. We have some really great, ambitious targets and outcomes that we want to try for our customers in the claims business. That’s where the rubber meets the road when people buy their insurance policies. Definitely, expect more from us in that space.”