Canadian P&C people on the move 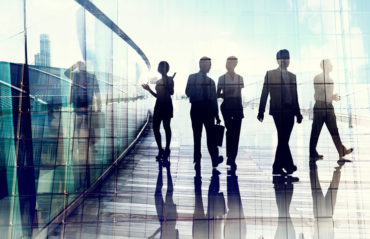 Michael Unger will be Sea to Sky manager and executive adjuster. He brings more than 17 years of experience in various markets, including Canada, the United States, and London. He specializes in major commercial property losses and is well-versed in catastrophe claims and handling large claim volumes.

David Johnston brings 28 years of industry experience to his role as senior adjuster. He has worked in various areas of the insurance industry including: claims adjusting, underwriting, product development, project leadership and broker management. He is known for his “expertise in handling auto physical damage, third party liability, property damage, bodily injury claims, and exceptional customer service,” Kernaghan said in a release.

Daniel E. Pinnington will become president and CEO and a member of the board of directors of Lawyers’ Professional Indemnity Company (LAWPRO), effective April 2.

Waters has served as president and CEO and on the board of LAWPRO since 2008. She was previously chief privacy officer and vice president with title insurance company TitlePLUS. She joined LAWPRO in the 1990s with a mandate to develop and build a lawyer-centric title insurance option and related technology tools for Ontario’s real estate bar. Since Waters became president and CEO, LAWPRO saw shareholder’s equity grow by about 75%, LAWPRO reported.

Errol Pinto has been appointed as the regional director of the marine division of Vericlaim Canada.

Pinto has nearly four decades of experience, split evenly between time at sea as an engineer, followed by handling marine cargo claims. As a marine surveyor, he is well-versed in all aspects of cargo ship claims, including various types of equipment and machinery, as well as small pleasure and commercial craft.

Since 2001, Pinto has worked in various surveying and adjusting capacities.