Commission payments: How the court resolved this dispute between the broker principal and producer

A recent case in Ontario serves as a warning to broker principals not to use an employment offer letter as the sole means to describe the brokerage’s commission structure to a new producer.

If a commission structure is complicated, the Ontario decision implies, brokers would be advised to draw up standard employment contracts with a detailed explanation and schedule of how the commission will be paid. This is one key takeaway from a dispute outlined in Samuel v. Benson Kearley IFG (BKIFG), in which a broker producer successfully argued a breach of contract against her brokerage. At the same time, however, she failed to establish that the broker principal had acted negligently or fraudulently in not making the commission structure clear to her.

Valerie Samuel applied for a job with BKIFG on Sept. 23, 2011, to sell home and automobile insurance policies. She had more than 15 years of experience in the insurance industry, including 12 years of selling home and auto insurance with her previous employer, but she had been out of work for approximately 18 months. 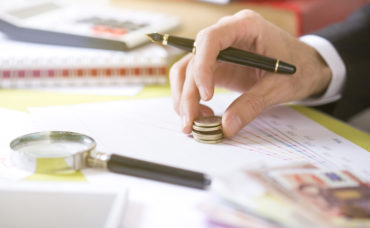 After a preliminary discussion with the brokerage’s vice president of operations, Samuel met with Stephen Kearley, president of BKIFG. As the court notes, Samuel and Kearley were the only two people at the meeting, and neither took notes at the time. “Their recollections of the meeting differ in minor, but significant ways,” the court decision notes.

After the meeting, Kearley sent an employment offer letter to Samuel that outlined the commission structure. The offer letter contained the following, brief explanation of how the commission structure worked: “$40,000 base salary. Commission’s paid monthly once sales surpass business written generating $3,333 first year commission for you (approximately $37,000 in written premium.) For example, if you were to write $60,000 in premium in one month you would be paid your salary plus $2,067 in commission. The more business written the more commission you would earn. Renewal commissions paid as per below. Commission’s paid as follows, 60% new, renewal 20% in second year, 10% in the third year, or thereafter.”

The commission structure was more complicated than outlined in the offer letter, as the court noted. In effect, there was a “seat” (a threshold target), established on the basis of the $40,000 base salary. The producer had to meet that threshold before being able to collect commission on top of his or her base salary.

The court provided the following simplified example of how it worked: “If the salesperson sold $37,000 worth of new policies in a single month, BKIFG, acting as the brokerage, would earn approximately 15% in agency commission, or $5,550 (depending on the type of policy and the insurance provider), and the salesperson would earn 60% of that, which equals $3,333 in commission. It was only after the salesperson earned $3,333 in any month (their “seat”) that they would actually receive the commission earned.”

Related: How brokerage commissions are trending in today’s market

One central dispute arose because the $3,333 monthly seat was subject to a cumulative deficit.

The court provided the following example of how the cumulative deficit worked: “If a salesperson had a deficit in any month, that deficit was carried forward into the next month, and the $3,333 seat or threshold would be reached only after the cumulative deficit was erased. For example, if the salesperson earned only $3,000 commission in one month [e.g. below the $3,333 monthly threshold], their seat for the next month would be $3,666.”

Kearley told the court that he introduced the concept of the cumulative deficit to prevent producers from gaming the system. Essentially, brokers who knew they were not going to make the $3,333 commission seat in one month would rely on their base salary for that month; instead, they would book that month’s commissions for the following month.

“In other words,” as the court explained, “some producers intentionally delayed booking and loaded up insurance policy sales to maximize compensation. The cumulative deficit addressed this issue by taking into account previous months’ sales to determine whether a commission ought to be paid to the producer.” 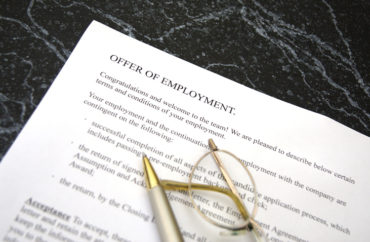 While this was a smart move from a management point of view, the court noted, the question remained whether someone at the brokerage had ever explained this to Samuel. For her part, Samuel testified that she was not aware of this “cumulative deficit” calculation at the time she was hired for the job.

However, after she was hired, the court noted, Samuel, like all BKIFG salespersons, received a copy of a “Producer Report” containing information related to her sales activity and the commissions she created. In total, she received 37 Producer Reports, the court found. Critically, Samuel had sent an email to her personal lines supervisor on Nov. 5, 2012, confirming that, at least by that date, she understood that her commissions were calculated according to the cumulative deficit.

Samuel worked at BKIFG from 2011 until she was let go on Nov. 4, 2014. She served her employer with notice of her intent to sue on Nov. 25, 2014, claiming several different causes of action – including breach of contract, negligent misrepresentation, and fraudulent misrepresentation. She issued a statement of claim on Dec. 29, 2014.

The court rejected all claims against Kearley for negligently or fraudulently misrepresented the commission structure because they were filed after the two-year limit established by law. For example, Samuel had her interview with Kearley in 2011; and yet, she filed her suit more than two years after the Nov. 5, 2012 email to her personal lines supervisor, which proved she knew then about the cumulative deficit.

Nevertheless, the court did uphold Samuel’s claim against the brokerage for breach of contract.

“Reading the offer letter as a whole, there is simply nothing in the contract to suggest that the $3,333 monthly commission threshold is subject to a cumulative deficit,” the court found. “There is no ambiguity; the contract is simply silent on this point.”

As a result, the court found, Samuels “should have been paid commission whenever her commissions in any month exceeded $3,333 first year (or new) commissions, without regard to any cumulative deficit or deficits from previous months.”