TORONTO – Small businesses are hoping for promised rent relief from both landlords and government as the COVID-19-related shutdown drags on and their bills pile up.

The urgency comes as some landlords have already started issuing eviction notices for businesses that didn’t pay April rent, while those who were able to pay are stressed about the months to come.

“We don’t want to be closed, we’re forced to be closed…but we’re still every single day racking up costs,” said Barb Bushe, who co-owns The Point of Light gift shop in Newmarket, Ont.

Prime Minister Justin Trudeau said Thursday his government is working on on a program to help businesses and commercial landlords cover their rents for at least three months. Further details weren’t immediately available since the federal government will have to co-ordinate with provinces on the program.

Landlords, meanwhile, have generally offered short-term rent deferrals on an ad-hoc basis, but Bushe says she wants to see landlords share more of the burden that the mandated shutdowns have forced on the economy. 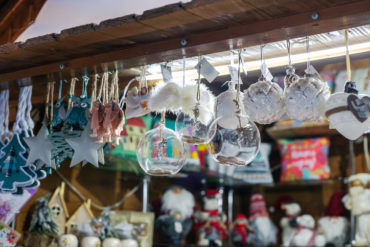 “It’s all kind of coming down on our backs … you can’t push the debt down to the bottom (group) that have the least liquidity and not expect other players, mid-level players and large players, to really do their part.”

Bushe said she’s asked her landlord, Metrus Properties, for some level of rent forgiveness to share the burden. The company has so far offered a one-month rent deferral, with interest of prime plus one per cent on the unpaid rent over the rest of the lease term.

Metrus did not respond to a request for comment.

Taking a deferral would mean Bushe takes on further debt at a time when there’s no clear picture of when the store will open, and what the economy will look like when that happens.

“No one imagines the economy is going to come roaring back,” she said. “And the money that you lose as you’re closed, that money’s lost for your year. It’s very hard to make it up again.”

A recently formed campaign called Save Small Business proposes that the federal government would compensate landlords for two-thirds of whatever rent discounts they give tenants for three months, so if a landlord cuts a tenant’s rent by $5,000 a month then the government would pay the landlord $3,300. The group suggests capping the payments at $6,000 a month and only offer it to tenants with less than $5 million in annual revenue.

The coalition says that its key criteria for any program are that it is rolled out fast, has broad eligibility, isn’t based on deferrals or debt, and national.

“Some sort of rent solution is essential to increase the effectiveness of other programs and limit the pace of increase in the unemployment rate,” he said in a note earlier this week. 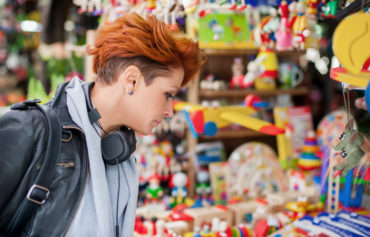 Tal proposed the federal government follow a model put forward by the Rental-Housing Providers of Ontario, where tenants pay what they can and then the government pays the rest. The government then recoups the payments from tenants later on.

“That cost-sharing approach towards rent payment would go a long way to ease the financial pressure facing commercial tenants,” he said.

While Thursday’s announcement from federal government promises more support, its main relief programs so far are a $40,000 interest-free loan and 75 per cent wage subsidies, though it has also called on landlords to be accommodating.

“We continue to call on landlords to exercise compassion and refrain from evictions during this difficult time for businesses and all Canadians,” said Ryan Nearing, press secretary to Small Business Minister Mary Ng.

He said earlier this week that both Ng and Finance Minister Bill Morneau are listening to small business owners and entrepreneurs and that they “continue to explore options to provide support in these unprecedented times.”

The response so far contrasts with some other advanced economies such as Australia’s model, which has put a hold on commercial evictions and mandated that rents be reduced based on tenant’s decline in turnover “to ensure that the burden is shared between landlords and tenants.”

While there have been few cases of outright rent reductions from large landlords in Canada, some have shown more flexibility on terms.

Aleem Jima of Premier Eye Care in Calgary said that his landlord, Brookfield Asset Management, has offered a three-month rent deferral on base rent, and while he still has to pay operating costs, the base rent can be paid back over five years starting in January with a slight added per square foot payment.

Jima said he was grateful for the way they had structured the repayment, and that it contrasts with public offers from several commercial landlords offering a two-month rent deferral that must be repaid within a year.

Brookfield did not respond to a request for comment.

Other businesses are still working through negotiations with landlords, and trying to push alternative arrangements.

Mark Scantlebury, CEO of Extreme Telematics Corp. in Calgary, said the company is getting hit with both the oil price and the direct pandemic shutdowns.

Since the company will be under financial pressure for months, Scantlebury is pushing for a longer-term payback or other arrangements that could hopefully satisfy the landlord, such as paying half-rent for a year and then making it up later to ease the immediate shock, while still giving the landlord cash flow.

“So you still are getting some money and covering off your cost, and we get half rent for double the period. And then everybody kind of is better off. So it’s that kind of collaborative approach.”

He said he understands the dilemma of landlords, but that if they aren’t more accommodating they risk pushing small businesses towards bankruptcy and losing tenants.

This report by The Canadian Press was first published April 16, 2020.