What brokers can learn from an esthetician’s non-compete clause

If you’re looking to craft a non-compete clause at your brokerage, don’t compare your employment agreement to other contracts in the industry.

That’s one piece of advice that could be taken from a recent decision from British Columbia’s Civil Resolution Tribunal. 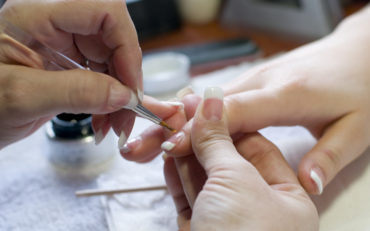 In the ruling In A Wink Beautique (2013) Inc. v. Banich, tribunal member Trisha Apland dismissed the hair salon’s claim for damages for alleged breach of both its non-solicitation and non-compete clauses by employee Michelle Banich.

The employer argued its non-compete clause is reasonable because it is “lenient in both proximity and duration” compared to other contracts in the industry. “However, reasonableness is not decided on comparison between industry contracts,” Apland wrote in the ruling, released Tuesday. “A non-compete clause must be ‘reasonable between the parties and with reference to the public interest,” she noted, referring to a 2017 B.C. Court of Appeal decision on non-solicitation and non-competition clauses, known as restrictive covenants.

“Even where an employee expressly agrees to the restrictive covenants in an employment contract, the law presumptively treats such covenants as unenforceable. This is because the law considers the imbalance of power that generally occurs in an employer-employee relationship and the public interest in protecting employees while not restraining the parties’ freedom to enter into contracts.”

In this case, Banich did sign the contract, but said she signed it without an opportunity to review it and take it home for advice from a friend. She acknowledged she took photos of the contract and there was evidence she later discussed it with a friend. As well, she signed the contract and initialed the bottom of each page, meaning “she reviewed and agreed to [the contract’s] terms,” Apland wrote.

Banich was hired in July 2018 as an esthetician and lash technician. Clause 14.4 of the employment contract said if it is terminated for any reason, the employee agrees to not do the following for a period of two years:

The non-compete clause can be no wider or broader than reasonably required to protect the employer, the decision said, and must be clear as to what activity, time and geographic location are prohibited. The salon said Banich was only prohibited from working in the capacity of an esthetician and lash technician in the competition areas.

Apland, however, found subclause 14.4(c)(i) to be “poorly defined.” The judge ruled that it restricted the employee from providing the same services as the employer, which are more than just esthetics and lashes.

A salon manager contended the employee “contacted all her clients verbally and through social media, as we didn’t get a call from her previous In A Wink clients.” But Apland deemed this “speculative” and said the salon offered no corroborating evidence. Banich said she only spoke to three clients when the topic of her departure came up when they wanted to book their next appointment. The employee said she was leaving and gave them “options,” the decision said.

“In any event, courts have required more than an employee merely telling her employer’s clients that she is leaving and giving them options,” Apland wrote. “Rather than solicitation, I find [Banich] acted professionally in informing the clients she was leaving so they had notice for future bookings.”