Heather Matthews has no problem taking sides – at least when it comes to what part of the insurance business she finds most intriguing and fulfilling.

“I think claims are fascinating because no two days are the same. I know it is a bit of a cliché, but as adjusters, we get a great deal of fulfillment from helping people through traumatic experiences and giving them comfort when they are in one of their greatest times of need. I think it incredibly important that we find purpose in what we do every single day and in claims that is very easy to do,” she says, pointing to just some of the long list of attributes. 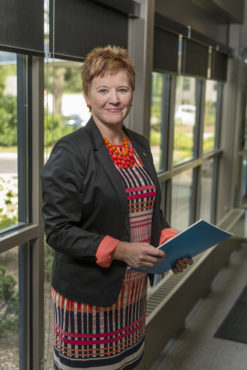 It was a list the current 1st vice president and incoming president of the Canadian Independent Adjusters’ Association was more than happy to share with people entering the industry or while recruiting for Crawford Canada years ago.

Attracting the best and the brightest was an issue then; it remains an issue today, regardless of industry. “I would show them pictures of claims and tell them stories of claims,” Matthews reports.

And, of course, she would talk about the people.

“I think people truly do appreciate what we do,” she says, citing as one example what is currently unfolding in Fort McMurray. There is a “great deal of stress on these people. They are unsure of coverage, what’s going to happen, who can I trust. And we’re there to help them,” Matthews says. “It is particularly rewarding to receive compliments and testimonials from policyholders, they are often lengthy and emotional and underscore for me why we do what we do.”

That makes the job as challenging as it is fulfilling.

Starting with Crawford Canada in 1987, Matthews began as an all-lines road adjuster, and has held numerous positions within the company that has afforded her a unique perspective on the business.

In addition to claims, she has held leadership roles in sales and marketing, human resources and healthcare services before taking on her current role in 2012 as senior vice president of Crawford’s NCMC, where she is responsible for over 400 employees and a diverse array of services.

Like independent adjusting itself, however, the profession, the challenges and the environment are changing.

“I really think we are at a bit of a crossroads in claims and in the insurance industry as a whole,” Matthews says, suggesting that one fork in the road leads to utilizing very technical claims adjusting skills and the other leads to using technology and data with a greater emphasis on customer experience. “I think there’s a role for both.”

It is something Matthews hopes to explore during her time as CIAA president, a key focus of which will be “creating a stronger dialogue with our customers to better understand their current and future challenges” and actively engaging with leaders on both sides of the claim: insurers and independent adjusters.

“We really need to listen, focus on and understand their (customers) needs as we navigate these changes,” Matthews says. “We need to better understand the unmet needs of our customers and how we can help them both now and into the future.” 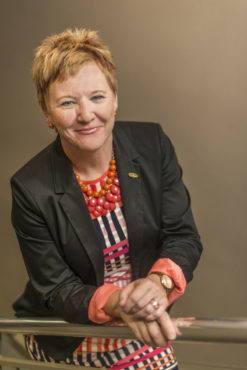 She maintains, “In some respects the challenges of a staff adjuster and an independent adjuster are very similar. We need to, I think, challenge some of our traditional ways of thinking and be prepared to step out of our comfort zones. We see evidence of dramatic change and disruption all around us and our industry is not immune these pressures. As a professional services industry, it is all about providing credible and measurable value to our customers.”

However, demonstrating that value may demand tweaking current self-perceptions, as well as making better use of resources and technology.

In a lot of cases, Matthews points out, an independent adjuster sees himself or herself “as that field adjuster who goes out there and settles the claim. We see changes now in where, how and why our customers want to engage the services of an independent adjuster, more integrated and aligned with their own internal strategy. It is changing the type of resources we require to service some of these evolving needs.”

One of the challenges Matthews hopes to address during her term is a collaborative focus between the independent adjuster industry and the insurance carriers to solve the potential future talent crisis as a result of shifting demographics, technological advances and changing attitudes about field-based service delivery, all of which are significantly changing or reshaping the traditional “training ground” for adjusters. “We need to look beyond the current fiscal periods and individual claim assignments to collectively ensure that the claims industry will continue to be well-served for many years to come,” says Matthews.

When asked how she intends to fulfill her ambitions during her term, Matthews is quick to say, “Several years ago the CIAA started down the path of creating a closer dialogue with the insurance carriers by creating an Advisory Council filled with claims executives from insurance carriers. It was the right thing to do then and remains the right thing to do now. We need to revitalize that forum, make sure we have the right people involved and that we are talking about the right issues. I intend to make that my mission.” 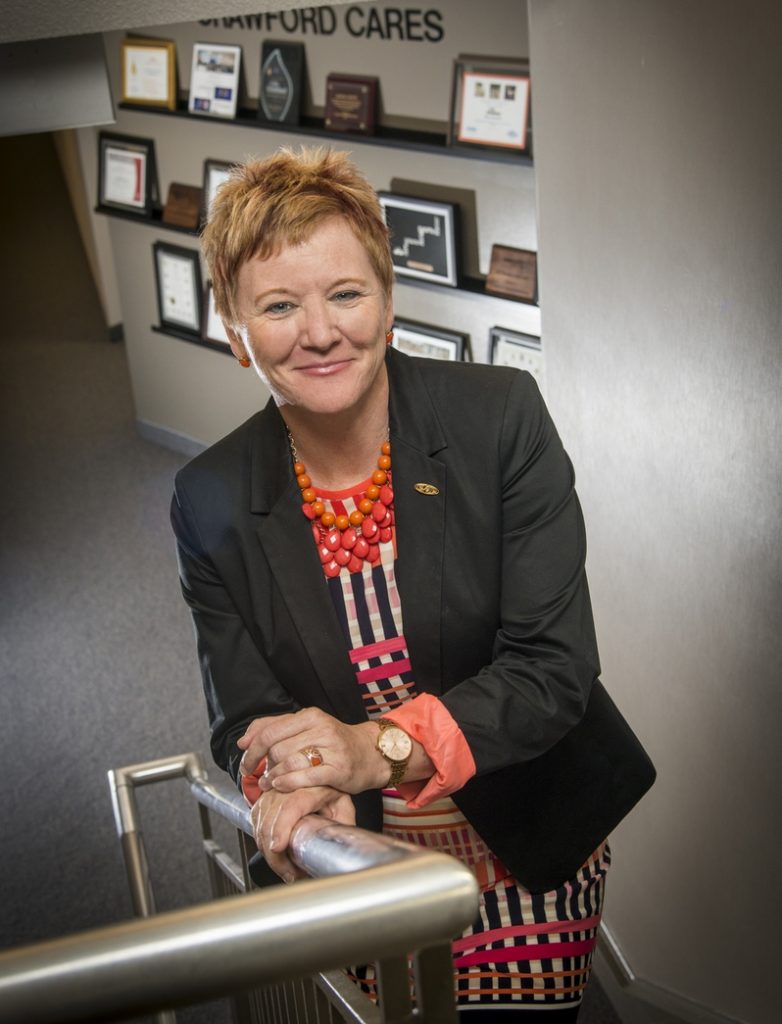 Insurers, too, have a role to play, in light of the continuing challenge of managing unpredictable volumes cycles. Of insurers, Matthews says, “you need to keep at least a steady stream of day-to-day claims into our organizations to keep the people employed, keep their skill sets up, and have them understand your systems, your instructions, your philosophy so that when that catastrophe does hit, we’re there, we’re ready, we’re skilled, we have the bodies, we have the licences, we’re ready to hit the ground running. We understand that it is incumbent on us to make sure we have a solid value proposition to support the carriers on their day-to-day requirements in order for this proposition to work.”

Matthews points out that part of the discussion centres on metrics. Use of scorecards on key performance indicators are now commonplace among insurers. “They’re aggregating all the data; they’re looking at all of the claims that we manage for them and they’re scoring us in all different components,” she says. “We are learning that some of these metrics may actually have unintended consequences and, in fact, be barriers to delivering the desired outcomes on claims. This is part of the dialogue we need to have with carriers, continually calibrating and refining the metrics to optimize the customer experience”

“I’m a big fan of change,” Matthews notes. That said, while people regularly change their style – whether clothes, haircuts, cars or homes – “when you go to change somebody’s job, it’s like, ‘Whoa, stop the bus here,'” she quips.