Batten down the hatches FOR 99 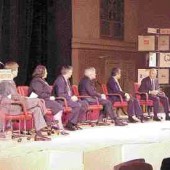 While most of the speakers at the U.S. P&C Joint Industry Forum and the respondents participating in the III survey painted a bleak profit forecast for 1999, they did predict a silver-lining for the end of the year. The vast majority of CEOs believe that claims resulting from Y2K are unlikely to significantly affect insurer earnings in 2000. Roughly 64% of the III survey respondents believe that the industry’s profitability will be secured against Y2K losses when the clocks move into the new millennium.

On a less positive note, 91% of the 112 survey respondents expect that overall industry profitability will fall in 1999 compared with that of 1998, as measured by the combined ratio. The 1998 combined ratio for the U.S. market is expected to clock in at 104.5%.

The profit outlook for the different business lines in 1999 differed vastly, with 92% of the respondents predicting that workers’ compensation will be adversely effected, 86% anticipating a general drop in commercial profits, with 75% taking a dimmer view of personal auto and 58% expecting poorer returns on homeowners.

Thomas Crawford, chairman of Prudential Property & Casualty Insurance Co., says that, based on rate cutting and rising claim costs, auto is looking less healthy and likely to become a more difficult line of business in the year ahead. He is more confident of the homeowners market, which he expects will still produce meaningful profits in coming years. Crawford and several other major U.S. p&c company CEOs were part of an open session panel discussion held at the forum.

A significant issue arising from the CEO panel discussion and the survey of CEOs attending the forum was that the majority agree that — in addition to a tougher economic and fiercely competitive environment among the market players in 1999 — technology and the Internet are becoming greater factors in challenging traditional insurance distribution.

Industry consolidation will continue to hold center stage in 1999, say 97% of the survey respondents, with most merger and acquisition activity occurring at the primary company level.

However, both Maurice Greenberg and Ramani Ayer, CEOs of American International Group (AIG) and The Hartford Financial Services Group (HFSG) respectively, concur that there is a real financial risk emerging from the M&A activity. The value attached to acquisitions over the past year are of great concern they note, with many deals likely to reveal the cultural and financial inequities of the partnerships in company results this year. As a result, Ayers expects takeover values will begin to decline this year as some of the below expectation results, both financial and operational, emerging from deals concluded last year feed through to balance sheets and income statements. Listed insurance companies will mainly come under pressure this year, Ayer adds, as poorer bottom-line earnings translate into lower shareholder returns. “The financial services industry as a whole is currently over-capitalized and beginning to deliver inferior returns. The stock markets will start distinguishing between the well-run companies and those delivering sub-standard returns. Expect valuations to come down a lot.”

The p&c industry is in for a long period of grim returns, states James Matschulat, CEO of Middlesex Mutual Assurance Co. Greenberg concurs with this broad view, although noting that companies applying innovative management approaches and keeping abreast of changing market circumstances will still prosper.

Heidi Hutter, president of Swiss Re America, expresses concern on the negative underwriting cycle the market is currently locked into: “When we move from a low margin to a negative margin, we have to realize that we are giving away shareholders’ money. Companies need to place greater emphasis on accident year results [in applying underwriting discipline]. If a correction isn’t applied [at that stage], then the industry could be in for serious trouble.”

Furthermore, Hutter warns companies against becoming complacent with protective barriers and relying on traditional ways of business. “There is a sense in the U.S. that we need to keep the fences up. But, if we look at developments in Europe and compare the position of America in the global market, there is a concern that we may be lagging. It’s imperative that we don’t fall down by ensuring a free-market system based on modernization.”

Matschulat expressed similar thoughts on distribution, adding that the focus of the personal lines market is shifting to “what the consumer wants”. “It seems every time I turn around there’s a new way of selling a product. The market will have to adjust to what consumers want.”

While direct writing and electronic distribution will continue to expand in personal lines, the CEOs concur that a multi-distribution scenario will likely emerge. Greenberg expects certain consumer segments will continue to support traditional distribution services when purchasing their insurance needs. “Choice is one of the great things about America…I do think that those companies that stick to applying leading-edge technology will win.”

In addition, Greenberg notes that the “financial services supermarket concept” has not been particularly successful in North America. The major bank groups who ventured into areas outside of their traditional market have not had much impact on those new markets. “I don’t get excited about the combination [of banking and insurance],” he concludes.


Related
Bermudans batten down as Hurricane Gonzalo barrels toward them as powerful Category 4 storm
Soft market pinches surplus lines market
Beware of European insurers, Canadian brokers are warned
Canadian insurance industry could lose up to Cdn$1 billion in profits in 2008