In 2016, Canada experienced its most active catastrophe year in recorded history. On the surface, it may be easy to cite the effects of the Fort McMurray, Alberta wildfire. Data from Property Claim Services (PCS) indicates that there were nearly $4 billion in insured losses from the disaster, which represented the most severe wildfire in North America.

The headline loss, however, obscures a number of other factors that contributed to a record-breaking year, including a significant increase in frequency. 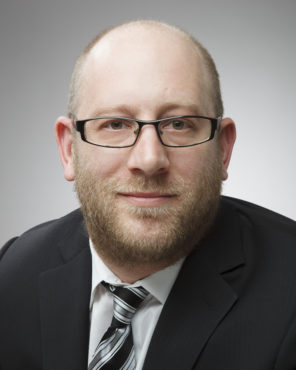 To look only at Fort McMurray is to miss some of 2016’s most important insights. The largest

Canadian catastrophe in history certainly contains lessons for the global insurance and reinsurance industry. And other events that occurred in Canada in 2016 could provide food for thought for years to come.

Catastrophe frequency has been on the rise in Canada for several years. The event count increased sharply from 2015 to 2016, with last year’s total coming in at 50% above the historical average of the data. Further, aggregate insured losses for the year – net of Fort McMurray – still would have made 2016 the fifth-most severe year on record with the company.

For a global risk and capital supply chain looking at Canada because of Fort McMurray, it might be an opportune time to review the entire catastrophe landscape, rather than focus on a single outlier event.

In 2016, the nine designated catastrophe events resulted in an aggregate $4.9 billion in insured losses across the industry. Both frequency and severity increased sharply from 2015 and were well above the database’s annual averages of six events and $1.3 billion in losses. Year-on-year comparisons do not reveal much, given the magnitude of the Fort McMurray wildfire, which was responsible for approximately 81% of the year’s insured catastrophe losses, the data shows. Only a single Canadian event included in the database has exceeded $1 billion. That was the Alberta floods of 2013, with insured losses of $1.7 billion industry-wide.

Six of the nine events that occurred in Canada last year were considered “wind and thunderstorm” and amounted to $861 million in losses, the largest annual aggregate total for this storm family since 2013 (at $2.9 billion). One of them, a $370 million event affecting Alberta, Manitoba, Ontario and Saskatchewan, was the second-most severe event in 2016 and 25% larger than the average industry event loss recorded in the database since 2009. 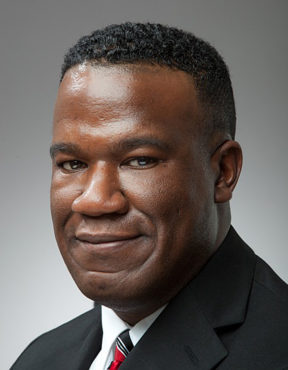 And the remnants of Hurricane Matthew led to a wind and thunderstorm event in the Maritime provinces, a $95 million loss event that remains under review.

Additionally, there were two designated winter storm events. Although relatively small (together reaching $64 million in insured losses), they were the first Canadian winter storm catastrophes since 2013, when winter events resulted in industry-wide insured losses of $239 million. Since 2009, the average winter storm insured loss, across six events, has been $68 million.

In 2016, eight provinces sustained catastrophe losses. The annual average has been five provinces.

Because of the wildfire, Alberta was the most severely affected last year. Net of Fort McMurray, the province experienced approximately $500 million in insured losses, more than twice the amount sustained by Ontario ($190 million). More than half (56%) of the year’s non-wildfire losses occurred in Alberta, followed by 21% in Ontario and 9% each in Nova Scotia and Quebec.

Alberta has been the most affected province every year since 2009, with average annual catastrophe losses of $1.2 billion, a number driven higher by both Fort McMurray and the flood event of 2013. In 2014, Alberta accounted for more than half of the year’s $860 million in insured catastrophe losses and 90% of 2015 catastrophe losses. But without the wildfire, Alberta’s losses in 2016 were in line with those of 2014 and 2015.

On an annual average, Ontario follows Alberta at $403 million, along with Quebec at $102 million and Saskatchewan at $59 million.

Even so, the frequency of events affecting Alberta varies. As with Canada as a whole, the province was active with four events (Ontario had the same number). In 2016, only three events included Alberta, as opposed to just one in 2014. Since 2009, Alberta has been included in an average of two events per year.

The numbers from 2016 tell a story, but insight is often powerless unless it drives action. In addition to a fresh look at wildfire risk – across Canada and throughout the continent – there are plenty of ways insurers can learn from the robust catastrophe year. 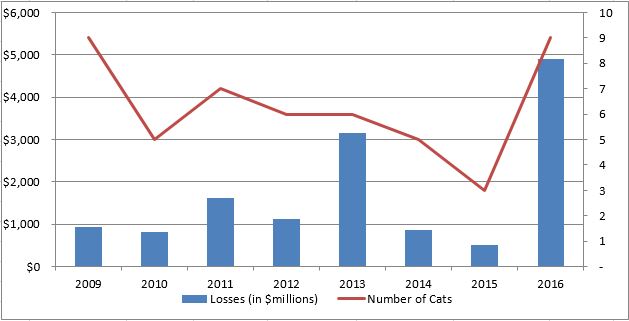 Some of the most important lessons include benchmarking a “normal” year in Canada, focusing more on hail and thunderstorms, and remembering that hurricane risk from the East Coast of the United States can lead to losses in the Maritime provinces.

First, there appears to be something of a “steady state'” for losses in Alberta of around $500 million per year, as well as $1.7 billion countrywide. Net of Fort McMurray, 2016 was only 23% below the annual average of $1.2 billion since 2009. Yet, an occasional major event can cause the annual aggregate to spike, as witnessed with the Ontario and

Alberta floods of 2013, and, of course, Fort McMurray. By understanding the baseline, insurers and reinsurers can refine their thinking about catastrophe activity across Canada.

Additionally, overlooking hail and thunderstorm can be problematic, with potential consequences from Alberta to Ontario, and even straight down to Texas.

Insurers all over North America have seen hail and thunderstorm events become more frequent and more severe. More than 93% of 2016’s non-wildfire losses in Canada came from that risk, and it is a trend that bears watching and integrating into catastrophe management plans.

Finally, the Canadian losses from the wind and thunderstorm event generated by the remnants of Hurricane Matthew amounted to almost $100 million in insured losses, a total that could go higher, depending on the results of resurvey activities. That is roughly consistent with the direct losses from Superstorm Sandy in 2012.

Tropical events may not affect the Maritimes frequently, but when they do, the losses have the potential to be extreme.

All eyes may have been on the loss estimates for Fort McMurray, but the other eight events that occurred last year demonstrate that so-called “smaller big” catastrophe events should continue to receive appropriate examination. The seemingly secondary catastrophes of 2016 may not have captured headlines, but they round out the picture of what is possible in Canada. 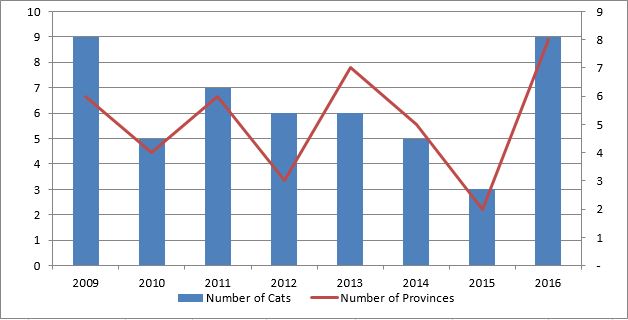 Insurers and reinsurers gain the opportunity to learn more about their books of business and ensure that their catastrophe plans reflect emerging trends on the ground and result in risk transfer that is reflective of the threats they face.

Ultimately, there is no substitute for knowledge, and last year’s activity offers plenty. The industry’s goal following an experience like 2016 should be to demonstrate a more vibrant understanding of what has just happened.

The insurance industry should be able to show how activity based on insight can help protect the balance sheet, optimize resource utilization and, ultimately, grow shareholder wealth. Each loss provides significant opportunity for increasingly prudent, data-driven decision-making.