There’s a reason why insurance adjusters may feel exhausted these days. Quite simply, there aren’t enough of them.

Whether it’s flooding in major cities like Calgary and Toronto, ice storms, windstorms, hailstorms, wildfires in B.C., Alberta and northern Ontario, or even Hurricane Dorian that hit the Atlantic provinces in 2019,  there’s no shortage of claims. Catastrophe claims have consistently topped the $1-billion mark annually over the past 10 years, according to Insurance Bureau of Canada (IBC)’s 2019 Fact Book. The volume of claims has stretched claims professionals thin. 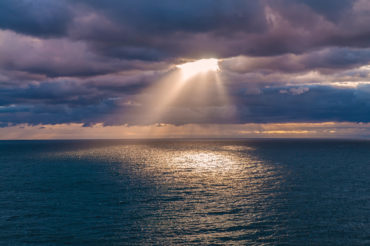 Despite these gloomy indicators of a looming capacity shortage, claims adjusters are forecasting sunny days ahead. Several senior claims professionals interviewed for this story believe things are getting better, not worse, when it comes to tackling claims workloads. Is this a case of the Alfred E. Neuman character in Mad Magazine grinning while the world collapses around him, saying, “What, me worry?” Or are there genuine grounds for optimism when it comes to the industry’s claims capacity?

Volatility in claims and talent

If we look at the claims situation in 2019 relative to previous years, things indeed look somewhat brighter. The workload for claims experts was down in 2019 compared to the year before. “The biggest driver has been that Canada as a whole has seen benign weather, relatively speaking, compared to 2018,” observes Jeff Sutton, senior vice president of business development and marketing with Claimspro in Toronto. As of Dec. 1, Canadian catastrophe claims in 2019 once again exceeded $1 billion, but that’s only about half of what they were the year before, according to IBC.

Still, you can’t predict what may happen in 2020. Two years ago in Ontario, multiple instances of flooding and a May 4 windstorm “really strained the industry as far as capacity was concerned for losses that, seen from a severity perspective, weren’t that [costly],” Sutton said. “But the sheer volume of claims coming in from across the industry overwhelmed the insurers and created lots of work for independent adjusters.”

These incidents reinforced a bracing message for the industry: there may not be enough capacity to handle peak claims volumes.

“I think we’ve learned the hard way a few times over last few years that claims departments can be overwhelmed by either a single large event or a series of large or medium events, particularly on the severe weather side,” says Glenn McGillivray, managing director at the Institute for Catastrophic Loss Reduction in Toronto.

It’s a people problem. For example, companies “may not have proper contracts in place with the independent adjusting agencies, [so] maybe their people have to handle a large volume of claims by themselves,” McGillivray cites as one of many possible reasons for the shortage.

The problem is exacerbated by the unpredictability of where claims may happen next, says Mike Van Elsberg, deputy senior vice president of claims for western Canada at Intact. Based in Calgary, Van Elsberg says western Canada “summers have been fairly benign from a weather standpoint. But while they’ve been benign here, when you go east, it’s a different situation. There, you see more Cat activity with the flooding and the windstorms and the hurricane effects in Atlantic Canada. We’ve seen a lot of the volume there in the last two years. But then when you look at the years prior to that, we had the Fort McMurray situation, the floods in Calgary and more significant hail events [in western Canada].”

That see-sawing creates volatility when it comes to planning where to place the company’s claims resources, Van Elsberg adds. “You see the volume of claims migrating back and forth across the country. Boots on the ground is a difficult strategy to execute when you see your claims volume moving back and forth.”

Finding people to fill those boots is a top industry priority, according to John Jones, president of the Canadian Independent Adjusters’ Association (CIAA). “If the lack of capacity isn’t remedied, the insurance industry will be facing an inevitable knowledge gap,” he said. “This is an increasingly competitive market with an empowered customer base that can’t afford a diminishing base of experienced talent.”

It will take time to draw new blood into the business, train the new adjusters, and then promote them to become next leaders in claims. That’s a challenge. “Like anything else in life, experiences get built over time,” Sutton says. “As people handle more files, they become much more experienced with the types of losses that they have.”

Despite the high median age of adjusters, they have not been cited as an acute hiring priority by industry HR professionals, in part because many become adjusters later in their careers (relative to the new recruits coming into other segments of the industry), the Insurance Institute’s research found. In addition, adjusters are more easily recruited from other segments within the P&C industry. But challenges remain in recruiting youth into the claims industry. Efforts have been made to establish post-secondary programs to attract young new adjusters.

Mobility is another ongoing challenge for the claims industry. Generally, it has not been easy to move adjusters between provinces, notes Pat Battle, CIAA executive director, although there has been some easing of the rules. For example, in 2017, premiers in the Atlantic provinces agreed to simplify insurance licensing protocols so that adjusters could be quickly dispatched to Cat events. “Since then, we are seeing more and more regulators implementing relaxed licensing processes in times of urgency allowing for quicker boots on the ground,” Battle reports. “However, the onerous application processes are still necessary within a specified timeframe.”

McGillivray observes that the nature of the work doesn’t make always make it an effective strategy to hire people. Sometimes adding people to the ranks can be bad economics. People can’t be sitting around simply waiting for the next catastrophe. “There has to be a happy medium,” he notes.

Perhaps there is, thanks to technology. The industry is heavily investing in tech and that’s helping alleviate the challenges seen on the talent side. One reason why HR professionals are not as concerned about hiring young adjusters to replace retiring adjusters is because it is expected that “automated claims processing will reduce the need for adjusters,” as the Institute’s research observes.

Instead of an adjuster going to assess crash damage, for example, customers can take photos of the damage themselves and upload them directly to their insurer. Adjusters are taking advantage of drone technology that can get to places people can’t. This is something that wasn’t possible until recently. Sutton estimates it’s picked up in the last 12 to 18 months. And it’s changing the game when it comes to competing for client business.

“Years ago, people would call their broker to report their claim and they would wait patiently for a phone call. Today, when people have a situation, they expect to be able to report their claim immediately,” Van Elsberg said. “The ability for companies to create a digital experience for customers is going to be critical.”

Artificial intelligence also plays a key role. The industry is making AI investments to ensure information is being collected in a consistent manner, and that the output of data — from scoping to loss estimates — brings the file to a speedy resolution.

Making a claim is not a positive experience for the customer, so bringing things to a speedy resolution is paramount for carriers. Sutton points to the current messaging from many carriers on television: they’re touting their claims process experience as what separates them from the competition.

Everyone in the industry is acutely aware of the risk of having a poor claims experience; that’s when customers learn exactly what they paid for. A bad claims experience could send them elsewhere instead of renewing the policy. So how do you keep them happy?

“I think the expectations on how they interact with companies are evolving,” Van Elsberg says. “We do a lot more on our smartphone today than we ever imagined, and customers expect to be engaging with their service providers digitally.”

Providing access to claims information at all hours of the day or allowing customers to self-serve through much of the claims process are just some of the items important to clients. “[Those] are all pieces that, from an industry standpoint, we need to evolve to meet those expectations,” Van Elsberg says.

Adjusters are all well aware of this, which is why they’re on board with helping wrap up a file in a timely manner. “We’re focused on speed because all the data that’s been collected over the years will tell you: The faster you can bring a file to resolution, the better you’re going to improve that customer experience for the insured,” Sutton says.

But boots on the ground still matter, says Van Elsberg. If it takes too long to start a claim, everything else suffers. Despite all of the things that technology can do, the claims industry still needs to replenish its ranks.

For CIAA’s Jones, the industry needs to change the way it attracts the next generation. “Companies need new, fresh approaches to talent acquisition and retention strategies,” he says. “To succeed in the long term, career-pathing and development must form an integral part of that approach. That being said, many factors can go into the process, such as engaging Millennials, addressing the technological skill shift, and promoting up-skilling.”

Many Millennials are gung-ho about making a difference in the world, Jones says, and so claims careers should be positioned as a means to achieve that desire. Also, he adds, “Millennials are committed to growth, so companies should help them visualize a road map that’ll show them the potential to climb the ranks within a company.”

Aviva Canada’s chief claims officer, Bryant Vernon, highlights the company’s efforts last spring to dispel myths that a career in claims would be unattractive through a social media campaign. “And it worked,” Vernon says. “The campaign video itself garnered over a million views, and we received hundreds of applications from great candidates as a result.”

Vernon emphasizes the importance of soft skills in the recruitment process. Technical skills can be taught, he says, but those who can connect quickly and authentically will make the difference for the industry.