On September 16, the Supreme Court of Canada rendered its judgment in Ledcor Construction Ltd. v. Northbridge Indemnity Insurance Co. The decision provides new guidance on principles of contractual interpretation and eliminates the doctrine that appeal courts should show deference to trial courts when dealing with the interpretation of standard form contracts.

Examining a faulty workmanship exclusion common to builder’s risk insurance policies in particular, it was held that such clauses exclude only the cost of re-doing faulty work and not necessarily physical or resulting damage caused by such work.

Bristol Cleaning was hired to clean windows prior to completion of construction of the EPCOR tower office building in Edmonton. At the early stages of the project, an “all risks” insurance policy had been obtained to run until the completion of construction, covering the owner, contractors, sub-contractors and others involved. The windows were scratched during cleaning, resulting in a claim against the policy for the cost of replacing the windows, which was estimated at $2.5 million. The insurers (one of whom was Northbridge) denied the claim.

QUESTIONS OF FACT OR LAW

In its ruling in Sattva Capital Corp. v. Creston Molly Corp. – which was not a disputed insurance claim, but did involve commercial contract interpretation – the Supreme Court of Canada advised that the historical approach of determining the legal rights and obligations of parties to a written contract as a question law should be abandoned. 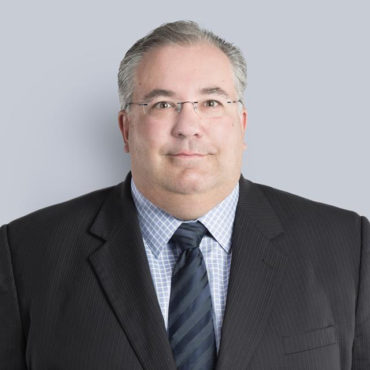 This approach was described as having originated in England at a time when there were both frequent civil jury trials and widespread illiteracy. Out of necessity, the interpretation of a contract was deemed a question of law, rather than a question of fact for a jury to decide. As often only the judge could read, the interpretation of a document had to be left to that judge alone.

More recently, when hearing breach of contract lawsuits, there has been a tendency for courts to consider not only the technical rules of contract construction, but to also consider the actual intent and understanding of the parties to those contracts.

In Sattva, recognizing the importance of the circumstances surrounding a contract and the objective of identifying the actual intent of the parties, Justice Marshall Rothstein wrote the following: “Contractual interpretation involves issues of mixed fact and law as it is an exercise in which the principles of contractual interpretation are applied to the words of the written contract, considered in light of the factual matrix.”

For the process of contractual interpretation, this guidance was an important development. Additionally, while decisions of law are subject to appellate review for correctness, an appeal court is expected to defer to a decision by a lower court on a question of mixed fact and law, unless there is a palpable and overriding error on the part of the lower court.

Therefore, for most appeals involving the interpretation of a contract, Sattva changed – or at least solidified – the standard of review as overriding and palpable error rather than correctness. It became harder to successfully challenge trial decisions in such contract cases.

In Sattva, Justice Rothstein commented that it may be possible to isolate an extricable question of law from within a question of mixed fact and law but directed caution in doing so and warned: “The close relationship between the selection and application of principles of contractual interpretation and the construction ultimately given to the instrument means that the circumstances in which a question of law can be extricated from the interpretation process will be rare.”

In Ledcor, the high court acknowledged that appellate courts have disagreed on whether or not the instruction from Sattva meant overriding and palpable error was the appropriate standard of review for “standard form contracts.” However, writing for the majority, Justice Richard Wagner determined the issue by holding that where an appeal involves the interpretation of a standard form contract, the interpretation is of precedential value, and there is no meaningful factual matrix that is specific to the parties to assist the interpretation process, then the question is best characterized as a question of law and subject to review for correctness.

Respectfully then, it appears that in so far as standard form contracts are exceedingly common both in insurance and other industries, instances of contractual interpretation being subject to a review under the standard of correctness, will not be so rare as one might have believed reading Sattva. This lack of deference to the trial decisions in such cases lends itself to an increased frequency of appeals.

The policy of insurance at issue in Ledcor provided coverage for all risks of direct physical loss or damage to the property undergoing construction, subject to certain exclusions. The particular, but typical, exclusion and exception clause at issue included the following: “This policy section does not insure: …The cost of making good faulty workmanship, construction materials or design unless physical damage not otherwise excluded by this policy results, in which event this policy shall insure such resulting damage.”

Interestingly, the Alberta Court of Queen’s Bench trial judge concluded that competing plausible interpretations of the clause made the policy ambiguous as to whether only the cost of the cleaning work or also the cost of the window replacement fell within the coverage provided by the policy.

The issue was resolved at trial by applying the rule of contra proferentem, favouring the insureds. In contrast, Alberta’s Court of Appeal found the damage to the windows to be excluded from coverage, ruling that the exclusion clause was not ambiguous. However, its creative new test – devised to draw a dividing line between the cost of making good faulty workmanship and the physical damage that was covered as resulting damage – was entirely rejected as unnecessary by the Supreme Court of Canada.

Carrying forth the governing principles of interpretation applicable to insurance policies – summarized in 2010 in the Supreme Court of Canada decision in Progressive Homes Ltd. v. Lombard General Insurance Co. of Canada – the analysis in Ledcor begins with the general proposition that where contractual language is unambiguous, effect should be given to the clear language, reading the contract as a whole. Where there is ambiguity, however, the general rules of contractual interpretation are brought to bear – finding an interpretation consistent with the reasonable expectations of the parties within the commercial atmosphere and with consistency to interpretations of similar policies.

Only if ambiguity still remains is the doctrine of contra proferentum to be used to construe the policy against the drafter. Finally, the insurance sector-specific rule must also be considered – coverage clauses are to be interpreted broadly and exclusion clauses narrowly.

To further the review, the court confirmed that an insured has the onus of first establishing a claim is within coverage before the onus then shifts to the insurer to establish that an exclusion applies, and then if necessary, back to an insured to prove any exception to the exclusion.

In Ledcor, the majority of the Supreme Court of Canada rejected the Alberta Court of Appeal’s finding that the exclusion clause must exclude some physical loss from coverage or it would be redundant. The majority reminded that in Progressive, the Supreme Court of Canada stressed that “perfect mutual exclusivity [between exclusions and the initial grant of coverage] in an insurance contract is not required.”

Moving on, the majority opined although the language of the exclusion clause slightly favoured the insured, it was, nonetheless, ambiguous with different possible interpretations.

Turning to the general principles of contract interpretation, the majority noted that the overall purpose of such builder’s risk policies as providing broad coverage to construction projects “which are singularly susceptible to accidents and errors… in exchange for relatively high premiums… provides certainty, stability, and peace of mind.” The analysis confirms that all-risk coverage under a builder’s risk policy is intended to be broad, and the faulty workmanship exclusion narrow.

Interpreting the exclusion clause to preclude from coverage only the cost of redoing faulty work aligns with commercial reality and sensible results, as well as the parties’ reasonable expectations, while not transforming the insurance policy into a construction warranty.

Interestingly, the majority also rejected the insurer’s argument (favoured by Alberta’s Court of Appeal) that accepting an interpretation granting coverage would promote commercially unreasonable behaviour by influencing how work is divided among various contractors on a project in an effort to maximize coverage – in essence providing an incentive to divide up the work as finely as possible. The majority held that it would be unreasonable to expect an owner or general contractor to consider this as a particularly relevant factor in deciding how to allocate work.

It deserves note that the Supreme Court of Canada was not unanimous in these views. While agreeing with the majority’s disposition of the case, Justice Thomas Cromwell, in separate reasons, expressed doubt that the interpretation of standard form contract as so removed from the consideration of factual context to warrant an exception from the general rule in Sattva. Justice Cromwell found the trial judge did not err in finding the clause ambiguous.

The result for insurers is the potential for increased liability under builder’s risk policies, at least with respect to policies written in the present common form, and a further strong precedent for the rule that courts will maximize coverage and minimize exclusions in cases of uncertainty. Moreover, the modest deterrence to appeals promised by the higher standard of review in Sattva no longer applies to the interpretation of a standard form contracts.