Born in hard market conditions, captives tend to flourish, as they are doing now, when insurance prices increase and coverages evaporate. But this time around, it’s not just the hard market buoying the fortunes of captives. Emerging risks are providing a new reason for commercial brokers to recommend a captive to their clients.

A captive is basically an insurance company established or and/or owned by the insureds. Alonso Tello, vice president of captives and alternative risk at AXA XL, defines a captive as “a wholly-owned subsidiary of the larger organization.” It is “designed either to insure or reinsure the risk of its parent organization.” Captives, Tello goes on to say, “are a great tool for companies to address their emerging risk quickly.” 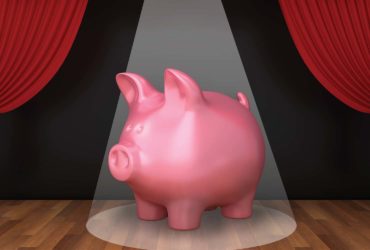 Modern-day captives have been around for at least 50 years. As early as the 1920s, companies in the oil, explosives and tobacco industries opted to insure themselves because no other insurance company would cover their risks without charging exorbitant rates. Organizations in the healthcare, mining, electrical and nuclear sectors followed. Today, captives are covering a whole host of new risks — from medical stop-loss, to cyber, to blockchain, to mobile apps.

Business Insurance counted just under 6,700 captives globally in 2017. In Canada, 140 captives were established as of 2011. They are increasingly becoming part of a company’s approach to risk management, says Andrew Hosie, vice president of national strategic growth and risk management at Gallagher in Toronto. Companies creating captives “are now looking to take on more control of their risk rather than paying a traditional premium,” he says.

Hard markets often thrust the captive option into the limelight. Tello expresses pessimism when he is asked how long he thinks the current hard market will last; he thinks it could go for a few more years and even beyond. “This, I feel, will motivate insurers to consider whether a captive is right for them,” he says. “We’re already seeing this happen.”

But market conditions aren’t the only reason for the growing popularity of captives, experts say. New and emerging industries are turning to the option as a way to protect themselves, since traditional coverage for them is either unavailable or too expensive. Take the cannabis and fintech industries, for example, which have trouble finding traditional insurance coverage because they’re too new. Not enough historical claims data is available for an insurance underwriter to gauge their risk thoroughly.

“Some of the new risks — and the reason why the [captives] industry was created in the first place — were the result of an insurance crisis,” says Mike Woytowicz, Bermuda-based director of business development with Artex, the alternative risk solutions subsidiary of Gallagher. He cites cryptocurrency and digital asset custodians as two examples of emerging industries.

An emerging threat like cyber also caused companies to establish or grow their existing captive, Tello observes. As the number of cyber risks escalated, “coverage was sometimes hard to obtain or too pricey because there wasn’t enough data available,” he says. “Companies that had access to a captive brought some of the [cyber] risk into the captive, basically allowing them to incubate the risk for a few years and enable them to respond to the risk more efficiently.”

Climate change is another risk influencing captive growth. About 75% of businesses are frequently affected by weather, Tello estimates, citing numbers from Paris-based AXA Climate. A captive can absorb that risk, Tello points out, by helping its parent company’s business unit “from either a revenue perspective or a cost perspective.”

Eventually, enough claims data will be collected that these emerging industries will be able to find coverage from traditional insurance companies. Until then, however, “captives are stepping in now to help these people get insurance because they desperately need it,” Woytowicz said. “Sometimes, fintech companies can only find coverage above $100 million, or something like that, so they need some sort of protection lower down across various lines of insurance.”

Domiciles up their game

The locations of captives are constantly shifting. Some domiciles for captives are making themselves more attractive for new business by emphasizing their tax compliance, good reputation, and adherence to international regulations.

Bermuda and Barbados, for example, both have tax information exchange agreements in place with Canada. Each has gone to great lengths to ensure globally-recognized regulations are being applied within their countries.

“A lot of financial centres have been getting a bad reputation from the major players like the OECD [Organisation for Economic Co-operation and Development] and European Union [for] having harmful tax practices,” explains Ken Campbell, director of investment promotion at Invest Barbados.

Canadian and American companies insist on establishing captives in tax-compliant jurisdictions, which is why it’s important for domiciles to adhere to tax regulations, adds Jean-Paul Cumberbatch, manager of research and development at Invest Barbados. “Being fully compliant with the EU and OECD, that is an attraction in and of itself because companies want to know they’re operating in jurisdictions that are fully compliant with international standards.”

Compliance with international standards has helped to boost the reputation of captives, Hosie points out. Over the past 10 to 15 years, domiciles have become more transparent and communicative about the benefits and regulations in place. “Recently, the Bermuda Monetary Authority issued a communique around what they will and will not allow with respect to the cannabis industry,” Hosie cites as an example. “Things like that are allowing people to learn really quickly and directly from the source.”

About half of the 284 captive operations currently operating in Barbados are Canadian. The island has seen at least 10 new captives every year since 2014, including 20 in 2017. About 70% of captives in Bermuda are from North America.