From his base in Sudbury, Ontario, Giovanni Rocca is working on building his company while also creating a future for independent claims adjusters in Ontario’s near north.

Rocca Claims has just celebrated its fifth year in business, boasting four full-time staff and one part-timer, and covering a vast geographical range that extends from north of Barrie, through Muskoka, Parry Sound, and including the area surrounding Sudbury. The firm covers all lines – auto, property, commercial liability, and third-party. Giovanni notes they also have a few control accounts, including one which is national. He is the main adjuster, with a second junior adjuster who is working on her CIP.

Giovanni came to claims adjusting from an education in public relations. When he found few jobs in that field after graduation, relatives suggested insurance would be a good fit. So, in 1996 he enrolled in the business of insurance program at Algonquin College, and fast-tracked his program to complete it in two years. Partly thanks to being elected valedictorian in his class – which he attributes to being more focused on his second time through school – before he had even graduated he landed a job at Economical Insurance in Toronto as part of  their 16-week training program.

The program at Economical taught participants every aspect of claims adjusting, Giovanni says. From there, with the full-time job, he was on three-month rotations, focusing on a different aspect of claims handling each time. 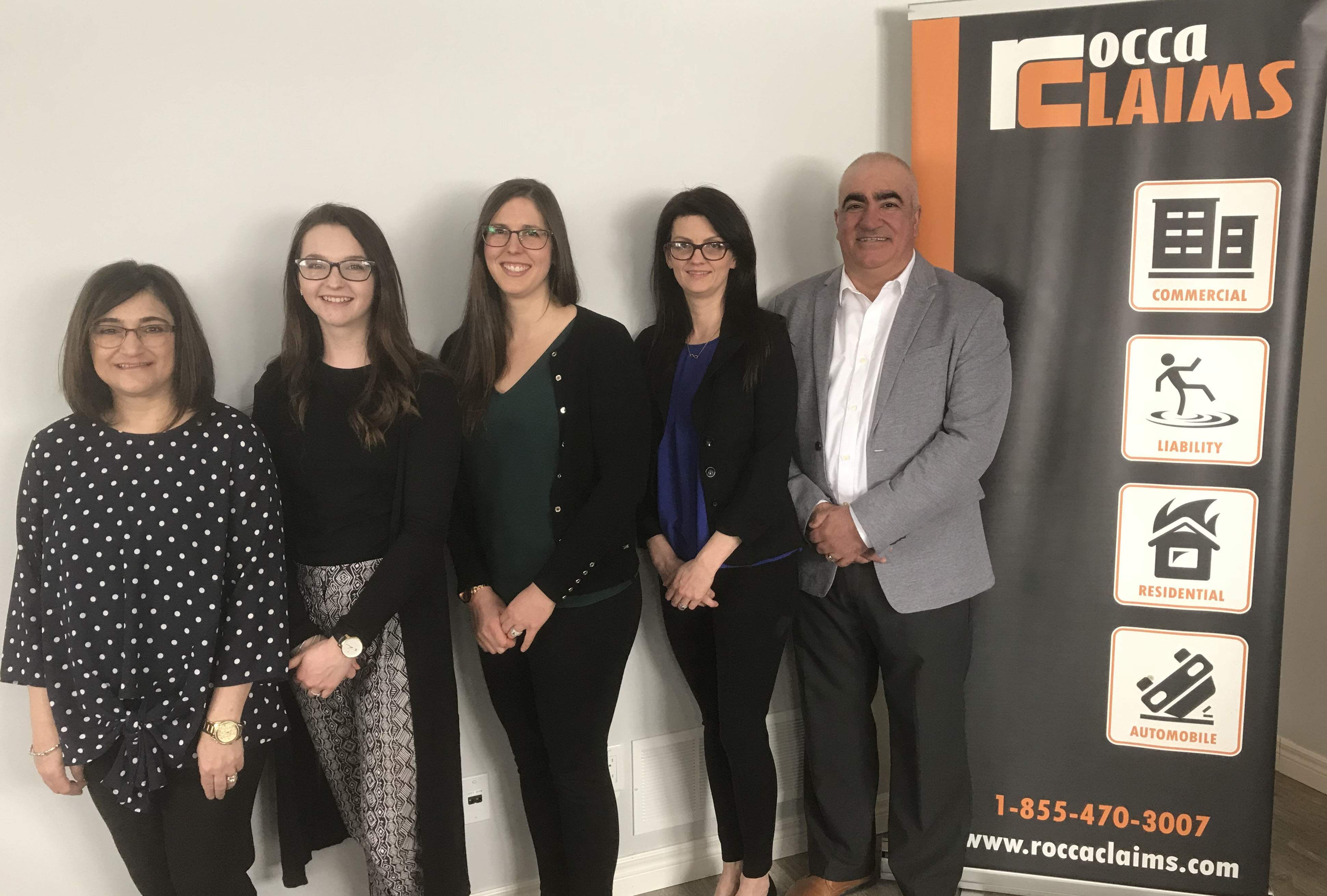 “You’re in a fast-paced environment, but the amount that you learn in such a short time really stuck with you,” he says. “Economical was great in providing in-house training. I was really fortunate to get out of school and go straight  there without the proverbial start at the mailroom.”

While it was a fantastic start, it also highlighted that he “wasn’t meant to be in an office five days a week.” And with that he heeded the call of independent adjusting. He found himself back in northern Ontario, where he had grown up, working for a couple different IA firms in Sault Ste. Marie, Kapuskasing, and then Sudbury.

After three years in the north, Giovanni returned to Toronto, taking a job with Marguerite Locke at McAdam Insurance Adjusters. At first he did all lines, but Locke gave him the golf program to run. He became a control adjuster on almost every golf course in Canada.

“That was a great learning experience, as well, in how to deal with people in different provinces and different methods of adjusting, and knowing people in a different manner,” Giovanni says.

“Every customer wants something different, or needs to be treated differently. Dealing with that control account across Canada helped me better understand claimants moving forward and to be more empathetic.”

With a series of mergers and acquisitions that followed he ended up back in northern Ontario as regional manager for Granite. His objective was to develop offices in Thunder Bay, Timmins, North Bay, Parry Sound, Muskoka, and Sudbury. But, just before Granite was acquired by ClaimsPro he decided it was time to start his own business.

After taking six months off to evaluate what he wanted to do, he decided to launch his own IA shop. With a commitment to building roots in Sudbury, he made five-year and 10-year plans and opened Rocca Claims in November 2012.

“I felt like I was going at a nonstop pace from the point I went back to school in ‘96. So it was a good time to reevaluate,” he says. “I didn’t want to make the decision lightly to go on my own. If I went for it, I wanted to make sure I took the time. And then I created long-term plans.”

In his evaluation, Giovanni realized there was a claims-adjusting service gap in northern Ontario, and he sought to fill it. “Part of our vision is to become the face of the north. So when people look from down south, or other parts of Canada or North America, or north of London, for example, they automatically think of Rocca Claims in northern Ontario.”

His philosophy is to deliver a consistent, high-level of quality and service to all clients, and to take pride in the company’s customer service commitment.

From its home in Sudbury, Giovanni sees the company expanding with branches across the north in Timmins, Sault Ste. Marie, Parry Sound, and Muskoka. He says that within the next year he plans to open another office in the Muskoka area, and within the next five years to have built up to four outposts in the key northern cities.

Another important piece of his plan is to make the next generation of adjusters feel they can work in the north. He wants to encourage students, those looking for meaningful work, to consider the profession of adjusting, and understand that there are opportunities in places other than southern Ontario.

“There is opportunity in northern Ontario,” he says. “It’s great to have young people come back in this industry this way versus down south. And there’s a great crop of adjusters in northern Ontario, but there’s going to be an age gap. And somebody needs to fill that and why not be me?”

Looking back, the early opportunities he had – at Economical and with Marguerite Locke – gave him a passion for helping bring along the next generation, he says. “I’m not a millennial,” he laughs. “But, giving them a chance and providing structure and leadership is a great opportunity. It’s a great way to attract the millennials, and with their technological efficiency, they can become great assets to a company. I feel you have to be open to their input.”

As a longtime volunteer and president of the Northern region of OIAA, Giovanni would like to see the CIAA step up to create more structure for adjuster qualification.

Practically, that would mean “more input on an adjuster’s responsibility versus a contractor’s responsibility. If we don’t have a mothership to guide us and to enforce these policies and to encourage designations, then it’s just going to fall by the wayside. I definitely would like CIAA to be more of an advocate and a leader in providing avenues of education,” he says.

His concern is that without enforced standards new adjusters will have just a bit of education and they will be “thrown into a situation they’re not ready for, and in the end the person that’s going to lose the most out of that is the customer, is the claimant.”

In keeping with his passion for training and recruiting the next generation to work in the north, Giovanni places a lot of value on helping his community. He believes that if you want to be a part of a place, you have to be involved. “Whether it’s politics or world events or helping your neighbour, I believe people need to step up and not just focus on their own life, but always be able to help somebody else. And in that brings you more reward than you can imagine.”