It’s no revelation to say that insurance companies are leaning on analytics to optimize their processes. Pay-how-you-drive pricing in automobile insurance is the obvious example. The “addition of behavioral and third-party sources was a significant leap forward from the claims histories, demographics, and physical data that insurers analyzed in the past,” said McKinsey & Company.

There’s a difference, though, between incorporating data and making the most of it.

“Currently, 42 percent of insurance companies use big data techniques in their pricing, underwriting and risk selection processes,” said Property Casualty 360. “In two years, that number will jump to 77 percent, according to a 2016 Towers Watson report.” All fine and good-using analytics to transform pricing and underwriting is an excellent step. But what about claims? 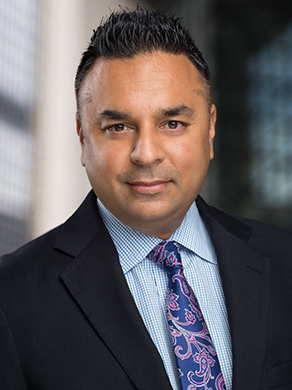 As it turns out, deeply integrated data has the potential to transform the claims process for insurers of all lines, just as behavioral analytics transformed risk selection for automobile insurance-saving thousands of dollars per claim if leveraged properly, or if leveraged, perhaps more importantly, at the right moment.

LexisNexis Risk Solutions wanted to understand how claims outcomes might be affected if adjusters had the benefit of data earlier in the process, from first notice of loss. To find out, they conducted a study, aptly titled “More Data, Earlier.”

The study examined the claims of several carriers that were ranked among the top 20 by A.M. Best. To be precise, it examined 10 million of their claims features, dividing these into two categories: those that had more data at first notice of loss, and those that had less.

These were not sophisticated data, such as the stats on a driver’s hard braking habits in usage-based automobile insurance models. The data of which we speak was quite simple, and narrowly defined:

What LexisNexis found is this: When claims had the benefit of more data, sooner, their cycle times were shorter, and their costs much less.

By “shorter” and “much less,” we mean, for example, that with third-party bodily injury claims, cycle times were five to 15 percent faster and 47 percent less expensive on average, with legal fees being significantly lower as well, by 25 to 49 percent.

How did something so rudimentary as a full contact sheet and a license plate number result in so much improvement?

There are several factors at play here. When the basics are in hand from first notice of loss, they begin a ripple effect that spreads to the very end of the cycle.

Each of these factors plays a role in streamlining the claims handling process and making negative outcomes less likely. That means a great deal at a time of deep industry disruption and fierce competition.

In context: the challenges of today’s market

Why is it so important to increase the data available to claims adjusters? In short, because times are changing fast. Here are just a few examples, drawing from the model Majesco developed to describe where the industry is now, and what it must do to move forward.

In such a landscape, claims adjusters face competing, if not mutually exclusive, responsibilities. They must deliver excellent customer service, while ferreting out fraudsters (a $30 billion problem according to Deloitte), while cutting costs. To make matters tougher, low interest rates and a staffing shortfall force carriers to tighten their belts even more.

“Simply put, traditional claims-handling processes do not offer the comprehensive insight, responsiveness or flexibility that is needed to compete in today’s market,” the LexisNexis study concluded.

Data and analytics present a straightforward solution, offering efficiency and insight where the need for both is acute.

The claims process has traditionally been fraught with inefficiency. Adjusters spend “a significant part of their day on manual activities that do not directly affect the resolution of the claim, resulting in multiple case touches, higher costs and longer cycle times,” LexisNexis said.

If just the four data points of telephone, name, address and license plate can create such a significant difference, as it did in the LexisNexis study, imagine the impact of even more data points, such as:

While data has long been used as an acquisition tool for underwriting, risk selection and pricing, it should now expand into an operational role, in claims.

Of course, there are privacy issues to navigate. Nevertheless, forward-thinking insurers and independent adjusting firms recognize that information is power. In claims, more data could hold the secret to reduced cycle times, improved customer satisfaction and improved policyholder retention.

Policyholders are won and lost every day based on the quality of the claims experience. With more data, insurers can empower adjusters to earn a competitive advantage when it matters most.

Dara Banga, FCIP, CFEI, is the President of DSB Claims Solutions, headquartered in Brampton, ON.