When Krista McCann and Lisa Montgomery joined Saskatoon, Saskatchewan-based Fair Way Adjusters in 2010 and 2102 respectively, they could not have predicted that they’d end up running the company. Fortunately, they were up to the challenge.

“He asked us if we wanted to take over and run Fair Way,” McCann says. “And of course we said ‘yes’.” 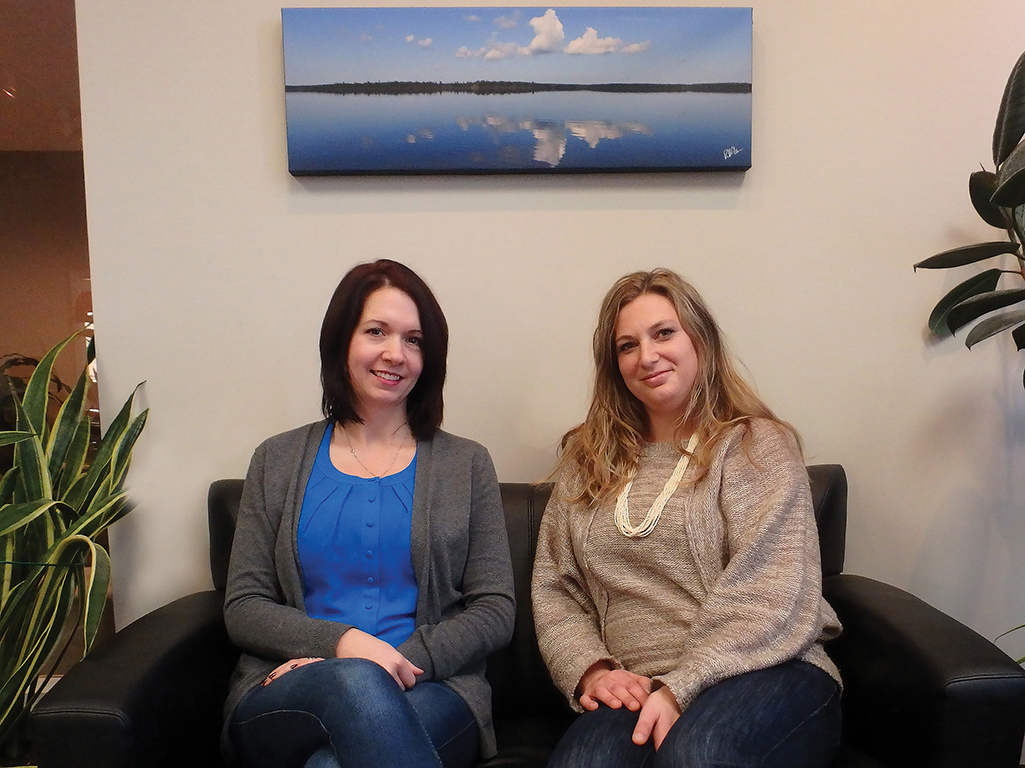 Tower had been given a year to live, and wanted to ensure the continuation of his business, which employed four adjusters. He promised to show McCann and Montgomery the ropes from the management side and from the perspective of running an independent firm.

“We were both new to the industry,” McCann says.

Unfortunately, Tower never got the chance. His year turned into four months, three of which he spent in hospital. Tower died in March 2013, just 10 minutes after McCann and Montgomery had last visited.

“So, we never really got ‘the ropes’,” McCann says. “And, from the time we got notice that he had passed, we had 24 hours to incorporate Fair Way, get licensed, get all the licenses transferred to the new Fair Way because you can’t make a phone call without your license.”

Montgomery takes up the story: “It was this mad rush to get all our insurance and licenses-all the stuff we didn’t even know we needed actually, ’cause we’d never run a business before. We had never run an adjusting firm before. And our clients, our insurers that we had business with-the files-they were all understanding and they knew the process that needed to be done before we could continue doing any business.”

And, just like that, in a 24-hour period, the two became the owners of Fair Way Adjusters. At that point neither was a Level 3 adjuster yet, so they relied on senior adjuster Dennis McMahon who had been with the company for many years.

McMahon has since passed away as well, and now the company consists of McCann and Montgomery, and Norm Schneider, who has been with Fair Way since before they both started. Elaine Goetz provides admin support.

Under Montgomery and McCann’s leadership Fair Way’s business philosophy is to handle claims in a personalized and genuine manner. They strive to gain their customers’ loyalty through top quality service and their passion for their work.

Although they don’t specialize, “we’re from Saskatchewan so we definitely have farmers,” McCann laughs. They also do commercial, cargo, injury and residential claims, across the province.

“We all do residential. That’s probably the majority” Montgomery says. “We all like condo claims, believe it or not.”

She says the variety of residents in a building makes it interesting, and “what makes it a challenge is condo by-laws are changing all the time, so you really have to be on your game. And sometimes it’s nice to have that claim that makes you think a little harder than some others.”

In the deep end

Fair Way joined CIAA in 2015. “We did some research on it and decided it would be nice to be a part of an organization that is for independents,” McCann says. “But we didn’t really know much about it.”

The first event they attended was a nomination meeting for the Saskatchewan chapter. “So Lisa volunteered for the vice-presidency.”

They feel the association is a worthwhile investment of time, and Montgomery plans to continue on the chapter executive. They are both enthusiastic about the opportunities such as the conference held in September 2016 for the Saskatchewan chapter.

“I feel like the education’s valuable and interesting, and I know that we have already expressed interest in maybe doing an annual education program,” Montgomery says. But the rest is an open opportunity: “I’m not sure what other tasks we’re going to try and take on,” she adds.

They say the staff is like a big family, and when a personal need comes up, it’s acknowledged that it’s important to take the time away from the office to get it done.

“If there’s work, we need to get the work done,” Montgomery says. “But, if you need to go, that’s when you have to take your work home at night.”

“Which is something that’s really nice about not just owning a company but as an independent adjuster we have that flexibility to be able to work whenever we can,” McCann adds.

While the two had not met before they ended up working together, their paths had crossed through family connections. But now, the way the two finish each other’s sentences, they sound like close sisters, and in a way, that seems to be how they feel.

“We both like to jump in on things, and we have different things that we want to do,” Montgomery says. “We have level heads at different times,” she laughs, adding they they keep each other in check-in a good way.

Montgomery also noted that everything seems to get done, by one or the other, without the need to talk about it. Payroll for example, somehow it all gets done, by whichever partner sees the need. “It’s odd; one of us picks it up and the other one doesn’t, and it all works out,” she adds.

McCann laughs as she notes that in a claim you can be hashing over details for weeks, but when it comes to deciding on things for the business, “like getting a new computer, it would probably take us both four minutes to decide what we’re doing.”

Being close in age helps, they think, plus, “We both have young families and young kids and we both seem to take on a lot of stuff. So we’re kind of similar in that way,” Montgomery says.

A business challenge they are facing is whether and how to grow the company. Saskatchewan is a small market, making it difficult to find new staff.

“Krista and I like to have the stability of a good company, good work,” Montgomery says. “We want to be good employers; we want to be a fun place to work. I don’t think we have anything sparkly, but we have a great paycheque. It’s a good environment and we want somebody who values those things. We don’t want somebody that’s looking for the next bonus.”

“Because we are a small business, we have our own files as well as the business aspect of the company,” McCann says, and little time to train a new adjuster.

Ultimately, they’re looking for a motivated, smart adjuster who can dive right into the deep end and take over files with a minimum of guidance-in short, someone just like themselves.