A Duty of Care in Medical Exams

The duty of care independent medical examiners owe examinees has undergone a significant shift in Canada in the last 20 years. A recent decision of the Newfoundland and Labrador Court of Appeal, Rubens v Sansome, 2017 NLCA 32, confirms independent medical examiners owe a general duty of care to their examinees, even when performing “paper-only” examinations.

Prior to the mid-1990s, leading legal authority in Canada stated independent medical examiners could not be sued in negligence because there was no patient-doctor relationship between the examiner and examinee.

Following the release of the House of Lords decision X (minor) v Bedfordshire County Council (1995), [1995] 2 All E.R. 353 (U.K. H.L), Canadian courts adopted the position that independent medical examiners owed a limited duty to examinees, that is, not to cause physical harm in the course of the independent medical examination (IME). It remained that their primary duty was to the entity that engaged their services. 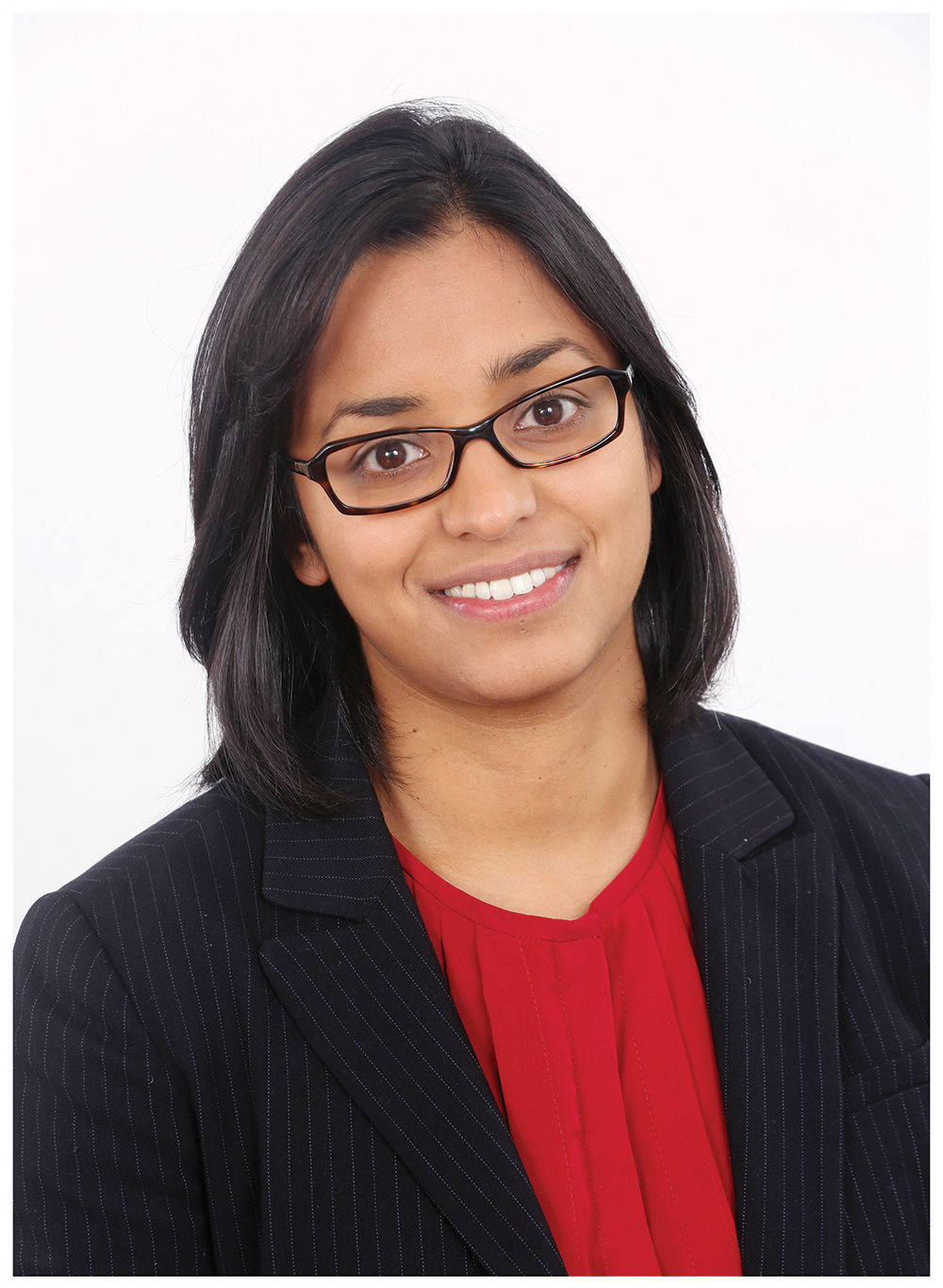 In the 2000s there was important development of the law of negligence in Canada through Supreme Court of Canada decisions Cooper v Hobart, 2001 SCC 79, Childs v Desormeaux, 2006 SCC 18, Odhavji Estate v Woodhouse, 2006 SCC 69 and Hill v Hamilton-Wentworth Regional Police Services Board, 2007 SCC 41. The duty of care proximity analysis developed in these decisions led to the recognition of a duty of care in an increasing number of different relationships.

The Newfoundland and Labrador Court of Appeal came to a different conclusion in Rubens v Sansome. Referencing more recent Supreme Court of Canada decisions, which further developed the duty of care proximity analysis, the court recognized a general duty of care exists between IME doctors and examinees which is not limited by policy concerns, even in cases of paper-only IMEs.

Details of the case

Mr. Sansome initiated legal proceedings against Dr. Rubens, a psychiatrist who had been engaged by Sansome’s disability insurer to conduct an IME of Sansome. Sansome declined to travel out of the province for an in-person IME, so the insurer requested Rubens perform a paper-only IME. Sansome’s medical records disclosed several medical issues and diagnoses.

Rubens’s report stated that he was “not aware of any commonly encountered medical condition” that could produce a liver profile like Sansome’s other than ingestion of “large quantities of alcohol,” and there was a “high likelihood” that alcohol abuse was a factor. After receiving Rubens’s report, Sansome’s insurer denied his disability claim.

In his claim, Sansome alleged unfairness, lack of consent to review and malicious handling of his medical records, misdiagnosis, and defamation. He did not specifically plead negligence.

Rubens denied the allegations and brought an application for summary trial dismissing the claim. The judge dismissed the lack of consent and defamation claims, but made a finding in negligence.

On the issue of negligence, the judge found that while Rubens was engaged to prepare a report for the insurer, Rubens owed a duty to Sansome to “prepare a report based on current, up-to-date and accepted medical knowledge.”

The judge noted: 1) the fact that Sansome was unwilling to travel to Nova Scotia for an in person evaluation “would not reduce Rubens’s duty to produce a review of medical reports in accordance with accepted and current medical knowledge”; and 2) “Rubens should have realized that his diagnoses as to alcohol use was questionable in light of the reports of the two specialists who had treated Sansome over a long period of time.”

The judge held there was sufficient evidence to enter judgment against Rubens on the issue of negligence and “that it would not be unjust to do so.”

Rubens appealed the judge’s decision to the Newfoundland and Labrador Court of Appeal. The court affirmed the judge’s findings that Rubens owed a duty of care to Sansome and that Rubens breached that duty of care. However, the finding of negligence against Rubens was overturned based on Sansome’s failure to prove that he suffered a compensable injury or loss as a result.

The Court of Appeal also addressed two additional issues: 1) whether negligence must be specifically pleaded; and 2) whether a judge can make a finding of negligence while concurrently finding “no genuine issue for trial”.

Court of Appeal Justice Hoegg noted that a statement of claim is meant to allege facts to support a cause of action; it is not required that the cause of action be specifically named. It was apparent from Rubens’s Amended Defence, and the evidence and submissions at trial, that Rubens identified negligence as an issue and fully defended himself against the claim. Accordingly, Hoegg found the judge did not err in accepting negligence had been alleged by Sansome, though he did not allege negligence or use the word negligence in his Claim.

Hoegg then turned to the interpretation of the Newfoundland and Labrador summary trial rule. Hoegg found the judge’s application of the summary trial rule was consistent with the Supreme Court of Canada’s interpretation of “no genuine issue for trial” as set out in Hryniak v Mauldin, 2014 SCC 7. Hoegg accepted the judge was able to determine there was no genuine issue for trial, while concurrently making a finding of negligence because “on the basis of the evidence tendered at the summary trial and the law, he could make the necessary findings of fact and legal determinations to decide the negligence issue fairly and justly without the necessity of a full trial.”

On the issue of negligence, Rubens resiled from his position at trial that he owed Sansome a duty of care. Rubens argued that he did not owe a duty of care because he was not treating Sansome as a patient. Rubens, relying on English case law and supporting Canadian jurisprudence, maintained that the only duty he owed Sansome was a duty as an IME doctor not to cause harm to an examinee in the course of an IME, and further stated that since he was doing a paper review, he did not owe any duty of care to Sansome.

Hoegg reviewed recent Supreme Court of Canada jurisprudence and noted a departure from the English case law respecting the duty of care. Hoegg declined to follow the line of Canadian jurisprudence that relies on X (minor).

Hoegg found the relationship between Rubens and Sansome was sufficiently proximate to impose a prima facie duty of care. This created a relationship, notwithstanding that the parties had never met. Hoegg further found there were no policy concerns that militated against finding of a duty of care. Hoegg noted what while “Dr. Rubens’ duty to Mr. Sansome is different than the one owed by a treating physician to a patient, it is not a reduced or limited duty and ought not to be characterized as such.”

Impact of the decision

This decision will undoubtedly be of concern to medical professionals, and by extension to insurers and defence counsel who seek to retain medical professionals to provide IMEs. It opens the door for claims of negligence and malpractice in cases where no cause of action was previously recognized, thereby providing another way for claimants to challenge a decision to deny them coverage. Also, independent medical examiners no longer owe a “primary” or overriding duty of care to the entity that engages their services.

The impact of the decision may be greatest in small or remote jurisdictions, such as Newfoundland and Labrador, where it is difficult to obtain in-person independent medical evaluations. However, it will also have wider implications for all IME cases because of the resounding denouncement of the “limited duty of care,” recognized in English jurisprudence, by a Canadian appellate court.

Danielle Rode is an associate at Martin Whalen Hennebury Stamp, in St. John’s, Newfoundland and Labrador. Her general civil litigation practice focuses on insurance defence and labour and employment law.