Lessons from the field in Fort Mac

On May 3, 2016 a massive wildfire swept through the remote Alberta community of Fort McMurray, necessitating the largest wildfire evacuation in Canadian history, with upwards of 88,000 people fleeing their homes.

May 3rd was a turning point as well for Encircle. We offer all parties in the underwriting and claims process automation tools that allow them to collect, collaborate, and share data in real-time. We had just completed our catastrophe claim process mapping that allowed carriers and contractors to operate in Cats with the exact same field process used in their day-to-day handling of claims. All field trials were positive and efficiency gains were testing high. We were confident that we could enter losses with one process that was so efficient that it could handle the massive surge of a Cat event creating unprecedented efficiency and savings of time. 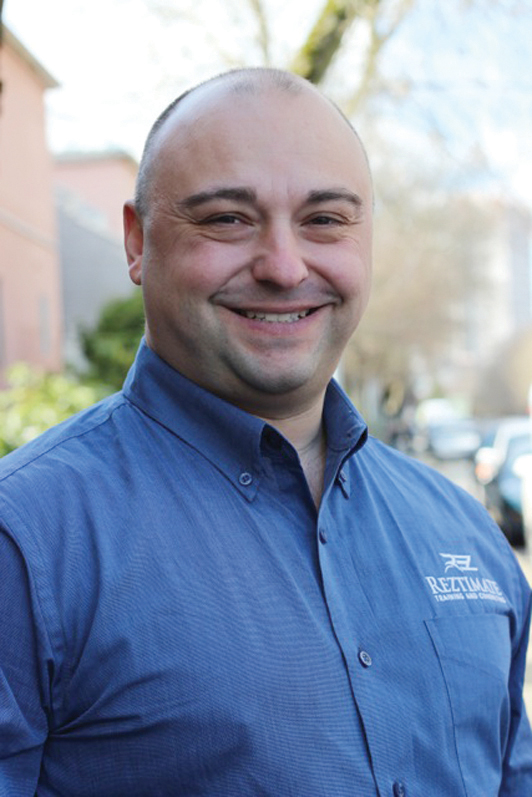 This was going to be a challenge for the entire industry and an opportunity for us to test our new technology in the real world. Not satisfied to just sit back and see what would happen, we decided to put boots on the ground to ensure we could deliver on the promise of ease of use and efficiency. Here we want to share the knowledge and understanding we gained from working with our fellow restoration contractors in the field.

As the volume of claims begins to escalate for carriers, independent adjusters or contractors, manual systems can take anywhere from 30 minutes to an hour to set up and transfer claims. Redundancy between the different parties leads to unnecessarily long cycle times and inefficiency. A common workflow we saw in Fort Mac was manual file creation that was transferred to the field teams the next day, and information being written down on paper at the site and entered at night in the camps. These processes added at least one to two hours of additional work per claim and extended cycle time. When the field reports were finally submitted, many contained missing information, inaccuracies and inconsistencies that raised questions or led to mistakes.

Digital systems proved that utilizing resources outside the affected area allow for increased scale, increased handling capacity and faster turnaround.  Paul Davis Grande Prairie was able to utilize administration teams in the home office allowing them to process more than 12 inspections per day. This was approximately 250 percent more inspections than most contractors could achieve using legacy systems.

It became apparent that when narrative reports were generated with limited photographic support, it was hard for reviewers to make effective decisions. In many cases those limited reports created more questions than they answered. Carriers were required to ask for clarification and additional information, which led to a compounding effect. New claims were coming in, but re-inspections and re-worded reports were being requested at the same time, creating an insurmountable workload for project managers, adjusters and reviewers.

Technology changed the way some adjusters were able to work in the field. Kate Nelson, an adjuster at Gore Mutual, noted that “being able to document the loss, attach notes and instructions on how to proceed in real time, and share this with contractors eliminated a huge amount of back and forth calls and emails that take up so much time. Our files were updated automatically while most other teams of adjusters had to wait hours for photos, notes and documents to upload.”

Technology quickly changed how data was collected. Contractors and adjusters were utilizing mobile tools that allowed for real-time capture and sharing of photographs, videos, notes, field reports, and the ability to remotely capture signatures and send authorizations from the field. The new technology made accurate and complete paperwork flow instantaneously, letting all parties to work in parallel.

Even with reduced capabilities of the communications network tasks could be completed during the day and sent in real-time as the data was collected. This resulted in smaller payloads of information being sent during off-peak hours.

Technology that worked both on- and off-line was indispensable in the field. Tools that were able to store information on the smartphone or tablet until a reliable connection was made ensured that only one process was utilized in the field without having to resort to pen and paper and digital cameras.

Tamara Roy, of Proserve DKI based in Fort McMurray, went through the devastation of losing her home in the fire, but came back to Fort McMurray to help the community rebuild. Tamara said: “Before we had Encircle, we would take all the photos on site, download them when we got back to the office, put them into the report and then type the report up. With Encircle when you walk out of the house you’re done. It’s a big increase in efficiency because it builds the report for you as you document the claim. Just click and you’re done.”

Faced with an extremely challenging and difficult time they were able to refine their process and increase productivity.

By digitizing administration processes the day-to-day effectiveness of a claim was streamlined, but there were also substantial savings in closing files out. Rob Hryszko who was working with Gore Mutual recognized the advantages: “We shortened our closing cycle time from approximately 2.5 hours to just over 25 minutes. With all the information digitally located in one spot, we were able to quickly and efficiently gather costs and prepare an invoice, and send it to the adjuster without delay.”

This shortened cycle time directly translated to increased performance to the adjuster. Kate Nelson, in turn, found “working with our contractors, who were also on Encircle, I could move on to another claim while contents/stock were being off-loaded and documented. This saved me an hour on every claim and increased my ability to visit more claims each day.”

After Fort Mac we were able to work with insurers and contractors to make a rough estimate of the results. On average, project managers were able to increase their claim count from four to five claims a day to 12 to 15 claims inspections a day, with a 150-percent increase in speed. Detailing the loss using photographs and specific narratives increased the quality by over 200 percent, leading to quick reviews the first time through.

Limited connectivity is common in devastated areas hit by large Cats. Fort Mac had compromised signal strength thanks to rebuilt towers. Combine that with contractors and adjusters working in remote camps with basic services and the huge demand on the Internet in the evening as every adjuster and contractor attempted to transfer photographs and information. Meanwhile workers were using streaming video to talk to loved-ones, resulting in limited bandwidth with massive demand. Information shared by traditional means was severely restricted.

How did Fort Mac spur innovation?

Encircle recognized the challenge of getting documents signed in the field. Fort Mac challenged everyone with the displacement of policyholders. Our insurance partners, contractors and policy holders found it very difficult to get signatures captured, because the displaced did not necessarily have access to printers and scanners to get documents signed and delivered.

Encircle developed the answer to this challenge with text message/email document sharing where a policy holder can sign the document anywhere in the world where they have a data or cell connection. This is a major digital innovation that was developed by our engineers to solve a very real problem. Getting authorized individuals to sign cannot be delayed, especially in Cat events.

Catastrophic events are a time that challenges every part of the insurance industry, from field processes to relationships between carriers and vendors. These events stress the best systems and prompt organizations to figure out how to build their process and protocols. When carriers can obtain a 10- to 20-times ROI on their digital investment, they are able to align the right process with the right technology that delivers real profitability and improves customer service when it counts.

Kris Rzesnoski is vice-president of business development with Encircle