Message from the President

Well, it happened. We knew it would. Everyone knew. It was just a matter of time. A really big one.

At the time of this writing, the return of Fort McMurray residents and with them, loss adjusters tasked with helping people get their lives back to what will be their new “normal”, has just begun. 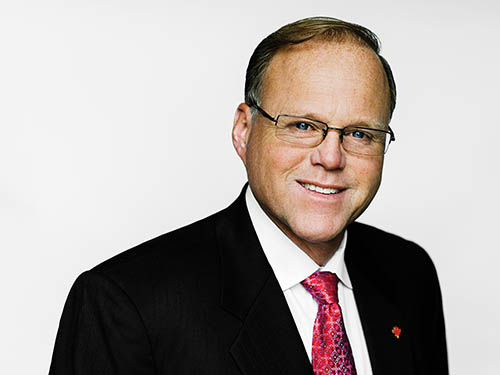 There are many aspects of what happened in Fort McMurray that are unprecedented and much will be written on that in the days to come. There will be issues arising from all of this that no one can imagine at this stage. What has caught my attention above all, and what I can only touch on in this limited space, is the sheer volume of information that is now readily available to anyone with Internet access and the impact of that information on the adjustment of claims.

James O’Reilly watched his house burn, remotely and in real time. And it was captured on video for all the world to see, including you, right now.

I had never seen anything like that before and it is just a tiny glimpse into the future of the impact of information and technology on the art of loss adjusting. Imagine having a look at things, for property or casualty, and knowing, factually, what existed immediately before the moment of loss. Rather than trying to recreate that picture, it is right there before you. A game changer for sure.

There is an important distinction to be made between the noise of all the information that comes out on a topic and the sound of important and useful information on that topic. Noise is such things as the dogmatic assertion by BMO, on May 5, on the potential value of Fort McMurray fire-related losses and the equally irresponsible CBC headline “Fort McMurray fire could cost insurers $9 billion, BMO predicts” associated with BMO’s remarks.

The disruptive noise created by BMO drowned out other information, really useful stuff, that was not familiar and therefore not heard. Here I am referring to the satellite mapping information that was widely disseminated as early as May 6

by Google and the Province of Alberta. Never before had there been such an opportunity to do a remote assessment of damage during a mass evacuation. The information was there, however we didn’t make very good use of it. We weren’t tuned in very well and those who were couldn’t believe their ears. It didn’t sound right in the wake of the $9 billion comment so it did not resonate; yet it was truly real and totally factual.

With social media platforms such as Twitter and an abundance of new data sources, there is a seemingly endless supply of background noise leading to erroneous assumptions, theories void of factual foundation and decisions influenced by misleading evidence. The noise is only getting louder, and as has always been the case, it falls on loss adjusters, the front-line deliverers of our industry’s product, to be aware of the influence of the mass of information and how to manage people’s expectations in the new order.

This is not going to be easy. However, as we have for as long as we have had to, independent adjusters will adapt, and we will deliver. We cannot, however, be prepared in these situations without Insurer support every day. Fort McMurray has proven, as have Cats before, that Insurers and Independent Adjusters need each other. Developing strong relationships and fostering those relationships every day is critical to the overall, long-term success of our industry.

Ours is an honorable profession and you should be proud of the important work you do, every day, delivering the product of the Property & Casualty Insurance Industry in Canada.

Members of CIAA from across Canada will be meeting at the CIAA National Convention to be held in beautiful St. Andrews, New Brunswick, September 22-25, 2016. These and other important issues affecting our profession will be in discussion. Be part of the conversation. I look forward to seeing you there.