On July 10, 2016, in Reno, Nevada, 7-Eleven made history. It became the first company to make a delivery by drone of a customer’s order. A sign of the times, it is anticipated that many companies, including Amazon and Walmart, are not far behind.

The fastest growing sector within the aerospace industry is undoubtedly Unmanned Aerial Vehicles (UAVs), commonly known as drones. They are characterized as devices that can be used for multiple purposes, including commercial, combat, real estate, emergency, academic, surveillance, recreational and now delivery. 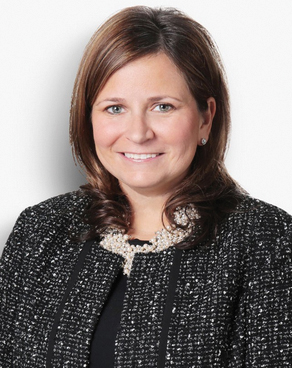 Drones can take on a wide array of shapes and sizes. They can be very inconspicuous – like the beetle drone from Helen’s Mirren’s “Eye In The Sky”-or visible, like the drone observed in the flight path of two commercial jets in Ottawa in May.

The growth of the industry is demonstrated in the statistics. Industry Canada estimates that drone use is expected to grow domestically as the industry becomes more commercially viable and the regulatory environment becomes more accommodating. Current global drone production is estimated to be worth $4 billion annually and is projected to grow to approximately $93 billion within the next decade. This represents a compound growth rate just shy of 40 percent.

With these developments, it is no surprise that there is an increasing demand for insurance. While Transport Canada requires commercial drone operators to carry a minimum of $100,000, there are no corresponding obligations on recreational users. Despite the limited requirements for insurance, many operators are seeking coverage for incidents involving their drones.

Consider for a moment two incidents arising out of British Columbia in the span of just a few weeks. In the first, two women noticed a drone hovering outside the window of their second story apartment; in the second, a Vancouver resident living on the 36th floor of a condominium building noticed a drone that proceeded to fly window to window, condo to condo, for approximately half an hour. 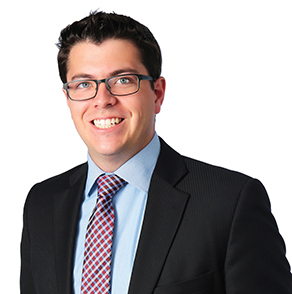 Drones pose a unique difficulty in managing privacy concerns and violations, given their ability to use a variety of different technologies as their payload. Further, they can hover and maintain a distinct vantage point, making them leading surveillance devices.

One issue becomes fear of the unknown; even a drone’s presence, regardless of its capabilities, may be perceived as intruding upon privacy. Individuals often cannot detect from a distance whether a drone has been fitted with camera equipment, data transmission equipment and the like. As such, a drone’s presence can cause a person to feel observed, regardless of the information being captured, stored and/or transmitted.

As drone usage expands, there are many questions that have arisen surrounding restrictions in surveillance and the protection of individual privacy rights. This article will address the potential exposure to claims against drone operators in the context of protecting privacy rights. There are two torts in particular-Intrusion Upon Seclusion and the Public Disclosure of Private Facts-where it is anticipated that drone operators will be exposed to civil liability for privacy violations.

In Jones v Tsige, the Court of Appeal held that the tort of intrusion upon seclusion constitutes a legitimate cause of action in Ontario. In this case, the Plaintiff’s financial records were improperly accessed by the Defendant. The Court of Appeal held that the Defendant was liable for the intrusive conduct where the following conditions were met: the Defendant acted intentionally, the Plaintiff’s private affairs were invaded without lawful justification, and a reasonable person would regard the conduct as highly offensive causing distress, humiliation or anguish.

It was determined that this tort is only available in situations where the conduct is deliberate and there are significant invasions of an individual’s privacy. It was suggested that intrusions upon a person’s financial or health records, sexual practices and orientation, employment, diary or private correspondence may give rise to the standard of highly offensive if intruded upon.

It was further held that damages available for intrusion upon seclusion cases where the Plaintiff does not actually suffer a monetary loss should be sufficiently large enough to correct the wrong that was done, and a range of up to $20,000 was fixed. The Court of Appeal left open the possibility of higher awards in the event that the Plaintiff suffered a pecuniary loss.

While this case had to deal with the improper access to banking information, it is fair to assume that this tort will likely be applied by Courts in finding that a drone operator was inappropriately capturing private information.

For instance, consider an incident that occurred in Australia: a real estate agent used a drone to capture photographs of a property being listed for sale. A nearby neighbour happened to be sunbathing topless and was captured as part of the images that were used in a marketing campaign to sell the property. While the issue wasn’t litigated, as the real estate company had not intentionally used the offending image, it is reasonable to conclude that a similar situation involving intentional conduct might give rise to an action against the offending parties.

The Court’s recent decision in Doe 464533 v. N.D. gave rise to the new tort of public disclosure of private facts. This cause of action occurs when one gives publicity to a matter that concerns the private life of another individual. In order for the cause of action to be made out, the Plaintiff must demonstrate that the Defendant gave publicity to a matter concerning the private life of the Plaintiff; that the matter publicized, or the act of publication itself, would be highly offensive to a reasonable person; and that the matter publicized, or the act of publication, is not of legitimate concern to the public. Similar to the tort of intrusion upon seclusion, a drone operator may be found liable if the test above can be factually supported from improper surveillance captured from the use of a drone.

In light of the concern over drones capturing pictures of public persons conducting private activities, California has amended legislation to prevent drone operators, such as paparazzi, from flying drones over private property in order to capture photographs or videos of individuals. This legislation, supported by actors Halle Berry and Jennifer Garner, came after pop star Miley Cyrus posted a video of a camera-equipped drone hovering outside her residence (which, rumour has it, came in like a wrecking ball).

While these are extreme examples of privacy violations, it is not difficult to imagine instances where drones fly over neighbouring properties capturing the private lives of individuals. Such a situation involving drone use and privacy was even litigated in a recent episode of the popular television show, The Good Wife.

Given the dramatic technological advances in the drone industry, growing concerns regarding privacy violations must be addressed. With the increasing usage of drones in Canada, it is only a matter of time until operators, and in turn, insurers, will be faced with claims for torts arising from privacy breaches.

It is anticipated that the Courts will try to balance the benefits of drone use against the privacy of others. With this balancing, it is likely that the existing torts of intrusion upon seclusion and the public disclosure of private facts will be extended to ensure that the expectation of privacy remains intact. •

Laura Emmett is a Partner at Lerners LLP and Vice President of Canadian Defence Lawyers, and Nicholas Cummings is an Associate at Lerners LLP.