I’ve been writing on topics that impact front-line loss adjusters for over 25 years. I have now expanded things a bit by adding lawyer Andrew Eckart to form a writing team with me. I had the good fortune to have Andrew do some editing for me and now I hope to utilize his talent to continue to produce articles that I hope are of use to my profession.

The Office of the Fire Marshal in Ontario published an analysis of fire losses between 2006 and 2015. The analysis showed that there has been a 13 percent percent drop in the number of total structure fires over this time span. In the last five years we averaged about 7,200 fires a year. Of more significance is that the frequency of intentionally set fires has dropped by 48 percent over this 10-year period. In 2015, this equated to eight percent of the total fire count. 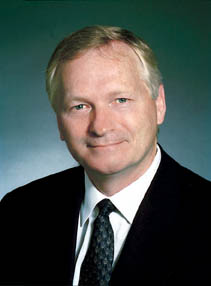 The National Fire Protection Association (USA) released a report on “Intentional Fires” covering a period from 2010-2014. They reported six percent of these fires were “Insurance Frauds”. Of these fires, there was a two percent conviction rate in criminal court.

When you review the civil legal decisions across Canada it appears quite evident that there has also been a slowdown in litigation on fire losses involving an intentional act of a policyholder. Still, we have a few recent cases that are noteworthy, and this article will provide a historical and legal refresher on the complexity of handling these types of claims.

The civil and criminal courts in Canada during the 1990s had many significant decisions that resulted in significant changes in how the insurance industry investigated arson-for-profit schemes. Some principles that emerged were:

On September 9, 2010, in Sydney, Nova Scotia a fire substantially damaged a house owned by the plaintiff. The insurer subsequently denied the claim based on their investigation, which concluded that the fire was an intentional act of the named insured.  Litigation eventually resulted in a civil trial.

The decision follows the three elements of the ‘Arson Triangle’.  The onus rests on the insurer to prove:

What was the fire cause?

What was the motive?

In reaching her decision the judge paid particular attention to the competing fire experts. The judge was persuaded that the insurer had proved that the fire was an incendiary one largely due to the strength of the insurer’s expert’s immediate, thorough, and knowledgeable investigation, which corresponded with the opinion of the deputy fire marshal.

There was clear evidence of motive given the condition of the insured’s finances.

The judge concluded that the insurer had proven their case. The matter was dismissed and an award of costs was made against the plaintiff.

Several things are noteworthy in this case:

On Feb. 3, 2010, during an argument with his wife, Mr. Soczek suddenly poured gasoline onto her and ignited it. He continued during the assault to stab her repeatedly.  The house ignited causing significant damage. Mrs. Soczek survived this vicious attack and sued her husband and insurer.

The insurer brought a summary judgment in a civil action brought by Mrs. Soczek questioning:  Did the intentional act exclusion apply to an innocent co-insured?

The Supreme Court of Canada examined this type of situation and the exclusion in a landmark decision in 1989 called Scott v. Wawanesa Mutual Insurance Co., [1989] 1 SCR 1445 [Scott]. The upper court’s view was that the exclusion itself was unambiguous. It did not attract a contra preferentum argument. The intention of the exclusion was clear.

In his judgment on the motion, Justice Morgan introduced the dissenting opinion in the Scott case. The dissent was critical of the exclusion clause applying to an innocent insured and in particular addressed the notion of what the reasonable expectations of a typical purchaser of an insurance product would be.

While the motion’s judge was sympathetic to the plaintiff, he was bound to the majority opinion in Scott that the exclusionary clause was unambiguous and applied. He had little choice but to align himself with the top court but he made it clear that he was doing so with great reluctance. He pointed out that:

The judge dismissed the claim but refused to allow costs against the plaintiff even though they had lost the decision. He was critical of the insurer’s “corporate conduct” as it knew that such exclusion clauses were “unfair to its innocent customers”.

This is not the only time that insurer has relied upon this exclusion to the detriment of an innocent co-insured. This case caused some media attention leading the Insurance Bureau of Canada to release a statement encouraging all insurers in Ontario and Atlantic provinces to voluntarily align their home insurance policies in order to protect innocent co-insureds. The CBC news also reported that the insurer had reached out to the plaintiff and was making an offer to settle the case. The purpose of the insurance product is to help people restore their lives after a loss. This clearly should be front of mind as insurers seek to align their policy wordings across our country.

Without any doubt, a civil lawsuit against an insurer for denying a claim based on an ‘arson’ defence is going to include a claim that the insurer acted in “bad faith” and the policyholder was entitled to receive a significant award for punitive or exemplary damages.

When faced with this kind of allegation the inclination is to think about: “How do I defend against this allegation?”

To my way of thinking the more correct question which should be addressed on any arson for profit fire claim is to consider on day one: “How can I prove that I acted in good faith in handling this matter?”

The distinction between both of these questions is that in the first situation you are playing on defence. You are defending yourself from attack. In the second scenario, you take the offense and build in exactly how you are going to prove you acted in good faith!

How might you do that?  A few thoughts to consider:

If your file can mirror these steps you should have no issues with taking a file to trial. I have been a member of the International Association of Arson Investigators (IAAI) for over 35 years. The IAAI has partnered with the U.S. Bureau of Alcohol, Tobacco, Firearms & Explosives (ATF) to deliver a world-class school for police, fire and insurance personnel. It is a six-day adult-based, interactive, and tested program, which teaches fire investigation case management as one of the key deliverables. It is hosted at Redstone Military Base at the National Center for Explosives Training and Research (NCETR) in Huntsville, Alabama. I would encourage anyone who is actively involved in any way with the handling of fire losses and wishes to upgrade their skills to attend this program. Information on the program, curriculum and instructors can be obtained at: www.firearson.com.

You don’t get two chances to do good work. How you start an investigation is usually a good indicator of how you will end up. Doing good work can be enhanced by properly resourcing the investigation. Having one person to conduct the quality of investigation that is required in today’s legal environment is a very difficult task.

Andrew Eckart is a mediator and civil litigation lawyer. He has acted as counsel in all levels of Ontario’s court, including trial counsel in judge alone and jury trials. He is experienced in the areas of personal injury, insurance, employment, class action, construction and commercial litigation and is available for mediation across Ontario. Andrew teaches first year torts at the University of Windsor’s Faculty of Law.