There have been a number of very important cases in recent months involving coverage issues, which are worthy of note. The Supreme Court of Canada has now become involved in trying to clarify the process that should be followed in determining coverage on “standard contracts”.

Most of the cases involve an attack on the language of the policy. Is it ambiguous? Is the wording open to more than one interpretation? Does it have a double meaning?

It will be interesting to see the response of the insurance industry to legal decisions where the courts have felt there is a lack of clarity.

This decision of the top court in our land was on Appeal from the Alberta Court of Appeal. There were nine Supreme Court justices reviewing this case. Justice Richard Wagner wrote a lengthy decision, which was followed by a concurring opinion written by Justice Thomas Cromwell.

A large construction project was in its final stages when the general contractor hired a window-cleaning firm. They were being paid $45,000. An All Risk Builders Policy protected them on the job. Unfortunately, they used improper equipment and methods to clean window glass resulting in damage requiring replacement of many windows. The repair cost was $2.5 million. 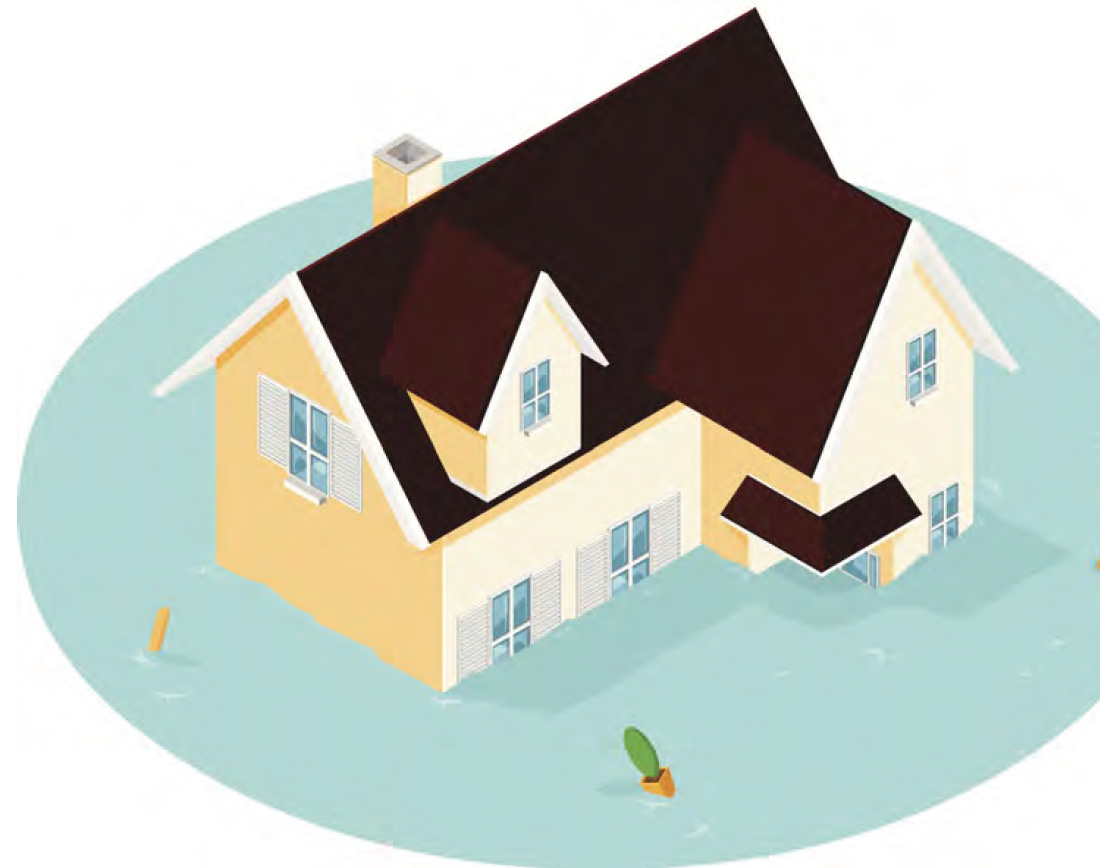 The insurers, in this instance, denied coverage based on this exclusion:

“This policy section does not insure…the cost of making good faulty workmanship, construction materials or design unless physical damage not otherwise excluded by this policy results, in which event this policy insures resulting damage.” (Emphasis added)

In 2013, the initial trial judge looked at the fact situation and he agreed with the insured that the cost of making good on the damages for the contractor was simply the cost of re-cleaning the windows. He did not agree with the insurers that this also extended to cover the cost of replacing the windows as well. Part of the judge’s rationale was that he felt the exclusion being relied upon by the insurers was “ambiguous” and he invoked the “rule of contra proferentem” into the analysis.

In 2015, the Alberta Court of Appeal didn’t agree and reversed the decision. They felt the damage was “…physically or systematically connected to the very work the contractor performed.” They did not feel that the exclusion clause was ambiguous and that the lower court judge had improperly applied the rule of contra proferentem. The Appeal Court designed their own ‘new’ test, eventually concluding that the damage was not an accident or fortuitous but was “highly likely” given the way the contractor performed the cleaning.

The Supreme Court clearly felt that it was time for them to provide their guidance on how contracts should be interpreted taking into account the language of the policy and the intention of both parties.

When the Supreme Court of Canada took on their review of this case they were mindful that the Builder’s Risk policy was a “standard document”. It was not a contract negotiated between two sophisticated parties. There was no negotiation on the wording. The insured might negotiate on the price but not on the wording.

This means there is a need for “standard contracts” to be interpreted in a consistent fashion. And, it is part of an appeal court’s responsibility to operate at a higher level so “…the same legal rules are applied in similar situations”. Given the high number of people who could be impacted by any contract interpretation there is a need to achieve consistency on this front.

In reviewing the fact situation and this specific exclusion, the SCC followed the usual pattern of answering these questions:

These questions must be answered before the contra proferentem rule can be considered.

The SCC was critical of the “new test” that the Alberta Appeal Court had come up with to analyze this situation. It was a test requiring a “…degree of physical or systemic connectedness”. This was designed to provide a way to determine a boundary between making good on faulty workmanship and what was considered “resulting damage”.

“This interpretation is consistent with the reasonable expectations of the parties and reflects and promotes the purpose of builder’s risk policies. The broad coverage provided in exchange for relatively high premiums provides certainty, stability and peace of mind, and ensures construction projects do not grind to a halt because of disputes and potential litigation about liability for replacement or repair amongst the contractors involved. Any interpretation of the exclusion clause that precludes from coverage of any and all damage resulting from a contractor’s faulty workmanship merely because the damage results to that part of the project on which the contractor was working would undermine the purpose behind builder’s risk policies and would deprive insureds of coverage for which they contracted. Moreover, interpreting the exclusion clause to preclude from coverage only the cost of redoing the faulty work aligns with commercial reality and leads to realistic and sensible results given the purpose underlying builder’s risk policies and their spreading of risk on construction projects. Such an interpretation is also consistent with the jurisprudence.” (Emphasis added)

The SCC felt that the insured’s interpretation of the exclusion clause was more closely aligned with the purpose of the policy. Of interest was the reference to a 1983 article by insurance industry icon, Maurice Audet. He was writing about the original intention behind this exclusion. He said,

…the faulty workmanship, materials and design exclusion was meant to be narrow, to exclude only the cost of replacing the fault or defect but to provide coverage for damage caused by it.

Our top court did not feel that to interpret the exclusion in favour of the insured was going to create the policy into a construction “warranty”. It also was not going to open the door for contractors to perform their work in a careless or negligent fashion.

Justice Wagner expressed all these views in the first 97 paragraphs of this 72-page decision. Justice Cromwell, who arrived at the same decision to overturn the Alberta appeal court, wrote the remaining 31 paragraphs BUT he did not agree with his fellow judge’s interpretation on several points.

Justice Cromwell supported the process and thinking that went behind the original trial judge’s decision. He felt that both sides in this case had provided interpretations that were “…reasonable, as the policy did not clearly suggest one alternative over the other.” The trial judge then considered the rules of contract construction; the context; the language; and the nature and purpose of the all risk policy. This all led to being able to establish the reasonable expectations of each party. This led to applying the contra proferentum principle with the exclusion applying.

It shouldn’t be lost on anyone reading this case that two SCC judges came to the same conclusion, to allow the appeal BUT they took different routes to get there.

A few things stand out from this decision:

This was an appeal from an order issued on April 6, 2016 by Justice SAQ Akhtar of the Ont. Superior Court. The three-member panel of the appeal court issued an “endorsement” following their review of the case. This is done on less complicated cases.

Justice Akhtar heard evidence on February 5, 2016 on a request for a Summary Judgment on a $2 million water damage claim. It was found there was sufficient factual evidence to allow the judge to make a decision without a trial. The loss took place at a residence in Toronto as a result of a heavy rainstorm on June 24, 2011.

The opening remarks of Justice Akhtar are worthy of note:

Water damage to a homeowner’s property is, in today’s world, not an uncommon occurrence. Insurance policies once widespread in their coverage of such claims have, in the face of rising claims by policyholders, retreated to the position that only a very narrow class of this type of damage will be covered. Claimants generally assume that any disaster befalling their home will be compensated for by the policy that cost them a generous premium. In cases of water damage, however, they now find that the damage suffered is excluded from general coverage. The damage may, in some instances, be cured through affordable piecemeal repair. In other instances, the damage may be catastrophic and render property unfit to live in as a home. This case, regrettably, involves the latter. At the heart of this summary judgment motion is an insurance policy notable not for what it covers but what it excludes.

It was interesting to note that part of the journey of the policyholder to seek coverage on this matter was to enter the Appraisal process, which quantified the amount of loss in front of an Umpire.

The trial judge considered the expert evidence of four witnesses including that of an engineer hired by the insurer. He concluded that none of the reports … “point to any damage caused by “sudden and accidental escape” of water within the residential plumbing system.

There was some evidence of a leaky faucet but that did not equate itself to a “sudden” escape of water.

The trial judge found in favor of the insurer and went on to state he found “…no evidence of defamation or any conduct requiring punitive damages”.

At appeal the policyholders continued to represent themselves in court. They attempted, for the first time, to try to introduce new evidence alluding to a sewer backup. They also argued new issues relating to what they felt was “extended insurance coverage” and they felt the trial judge erred in dismissing their punitive damage claim.

The appeal court noted it was open to the trial judge to consider the expert evidence. And, new issues could not be raised at the appeal court level. Having made that declaration they did comment, that in any event, there was “no support for these allegations.”

There was unanimous agreement in supporting the decision of the trial judge.

It was interesting to see another case where the policyholder represented himself or herself at trial including filing for an appeal.

Good facts lead to good decisions. Clearly the expert reports were critical to the decision-making on this situation.

The insurance industry does an excellent job of responding to the vast majority of their property claims. But there are always claims where there is a legitimate difference of opinion on the “amount of loss”. It is puzzling that the “Appraisal” process built into the provincial Insurance Acts is not utilized more proactively to effect a cost-effective, speedy solution.

This article will be continued in the next issue of Claims Canada.