It might be only in the insurance industry that a tornado could be considered good fortune, and that’s exactly how Greg Doerr views the one that gave a kick start to his business.

In the summer of 2014, Doerr Claims Services had just opened its doors in Barrie Ontario-with Greg running the business on his own-when a tornado touched down in nearby Angus, Ontario. In the aftermath, thanks to his years of experience in the claims industry and great contacts with insurers, Doerr found his initial eight clients quickly growing to about 15.

Almost overwhelmed with claims to handle, and only three months in, his well-laid plan to run the shop on his own for a year and get a handle on work-life balance went by the wayside. He hired an adjuster. And at the beginning of year two he hired another. The company now has three employees, two adjusters and an office manager. 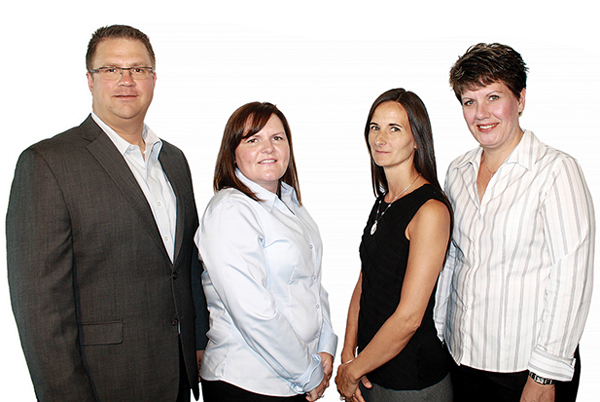 Adjuster Denisse Cumby was the first hire in September 2014, having worked with Doerr previously at a national firm. Doerr brought his wife, Holly Doerr, aboard in January 2015 to look after the office. Holly also has an insurance background, as an underwriter and working for a broker. Adjuster Sheri Turner arrived in June 2015, and specializes in property, automotive losses and contents.

The whirlwind of growth posed a challenge, Doerr says. “We grew faster than we were ever anticipating. As a small firm you want to grow, but until you had that team in place it was kind of difficult to determine how much staff you needed.”

Now with his team in place, Doerr Claims Services handles all lines, but with an emphasis on property. The work includes title insurance claims, some bodily injury, and farming losses, which is one of Doerr’s own niche markets. There is also a focus on high-value homes in the Muskoka area.

A change in direction

With a deep background in many areas going back to 1994, Doerr is well prepared for both management and adjusting. He is educated in accounting with a focus on insurance, and started his career doing insurance accounting. But he quickly ended up in the claims department of the insurer he was working with, doing farm and property files.

From there he moved to a national independent adjusting firm. He says the shift from accounting to claims was natural for him. “I liked the claims side of the business; I like interaction with people; I like negotiating,” Doerr says. “It was a small insurance company that I worked for, so you had a lot of exposure to the different departments, and the claims side of the business intrigued me more than the accounting side.”

With his accounting background and farm experience, business interruption losses were of considerable interest, Doerr says. His expertise expanded from there and he started handling commercial losses and general liability claims.

An important interlude came during a year he spent following catastrophes across the country. From a hurricane in Halifax, Nova Scotia to flooding in Peterborough and Leamington, Ontario, and then onto hail and wind in Edmonton, Doerr saw a lot of cat claims that year.

And while it was interesting and satisfying work, he also left home for the cat tour of Canada when his son was just six months old. “It didn’t go over too well,” with his wife, he notes. “He’s 13 now and I still hear about it.”

So when an opportunity arose for a branch manager’s job in Barrie, Ontario he took it. That was 2004. In 2010 he took a break and worked at Georgian College for a short time before returning to the national claims adjusting scene, and finally leaving that to start Doerr Claims Services.

Doerr’s business philosophy is simple: “We’re out to provide high-level claims service and communications to our clients.”

He achieves this goal by ensuring constant communications with clients. “It’s understanding the clients’ expectations-getting to know what their expectations are right from the onset-and meeting or exceeding those expectations. That’s the key to success,” he asserts.

“When I deal with claims I speak to my audience. I think the key to success as an adjuster is getting to know, and being able to speak to, your audience.”

And when you complete a claim to the client’s satisfaction, you find there’s another file from them, he notes.

He likes to take a team approach to larger losses so that everyone in the firm is up to speed on the claim. “It could be two of us working on it to make sure things get done in a timely manner, and constantly trying to move that claim forward to resolution.”

Getting help when you need it

And while he feels he could probably get even more from his membership, he really values the networking and camaraderie being a member offers.

“I use the networking base. I have colleagues that have their own small firms. I’m able to pick up the phone if I have a question or a challenge on a claim. I’ve got a couple other members that I discuss those with.”

He also says the CIAA’s educational and social events, and Claims Canada are a real value of membership. “You gain a lot of knowledge from articles that are written by other people in the industry.”

Another factor to success Doerr identifies is having the support you need, especially as a small business.

“You’ve got to have the support system; your family has to be behind you. And you have to have support from clients, or at least have the confidence that you’re going have that support.”

Looking ahead, Doerr says there are plans for expansion. The one- to five-year plan is to “hopefully increase staff” and perhaps open another branch office in Muskoka or the Kawartha Lakes area.

But there are challenges in that objective. You can grow by expanding your territory with existing clients, or by increasing market share in the territory you already cover, Doerr asserts

And, he says, increasing market share in the same territory puts a small firm into competition with the nationals.

“I’m not saying it’s not possible,” he muses. “It just takes more effort. I guess it comes down to having the courage and confidence to build a team and compete against the nationals.”

He firmly believes that the smaller firms have a couple advantages. When the volume of claims is down-as he says they are now-a smaller office doesn’t need the volume to stay afloat. And, most importantly, smaller firms add a personal touch.

“We want to do a good job on the files that we have and we feel that if we do that, we’ll get the next file. So, delivering good product and meeting or exceeding expectations is probably the best marketing you could do,” he notes.