Rise of the Machines

June 11, 2018   by Mazen Habash, president and consulting forensic engineer, Origin and Cause

Fears surrounding appliance failures in the wake of technological innovations are by no means new. A New York Times article published in 1984, “The Digital Revolution Breeds Smart New Appliances”, stated, “For better or worse, the digital revolution has come to the laundry and kitchen. Appliances are beeping, blinking, flashing messages and signaling when doors are ajar, cycles over and motors burned out…Quality has improved because of increased automation in factories – but so has appliance complexity, oftentimes with irksome results.”

Fast-forward 30 years and that still holds true. Innovation in the home continues to move forward at a rapid pace and appliances are more complex than ever. Today, however, that can lead to more than just “irksome results”; in many cases, it means an increased risk of fire and flood.

In Canada, approximately one out of five residential fires starts in the kitchen – more than in any other room in the house – and water damage (caused by water main breaks, overflowing appliances and hot water tank leaks) has replaced fire and theft as Canada’s largest source of claims. A significant number of the residential fires and floods we investigate start in the kitchen or laundry room. In this two-part article, I am going to walk through the typical appliances found in these rooms and explore how and why each one can fail, starting in the kitchen. 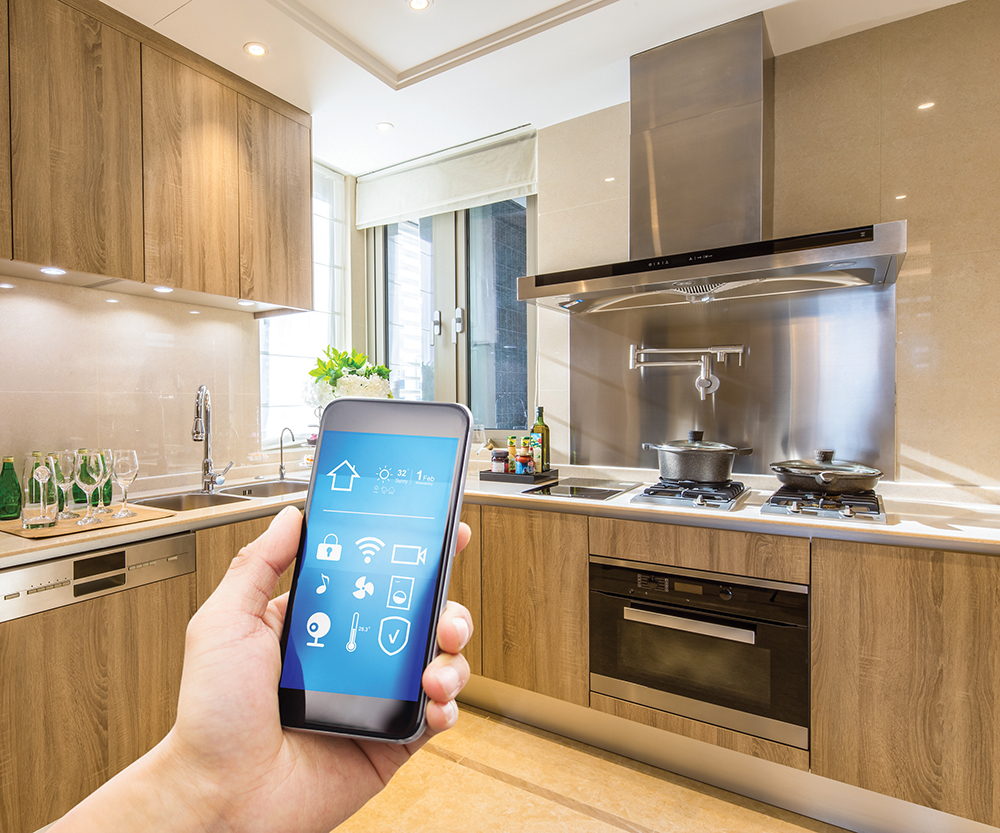 In Ontario, 18 percent of fires in kitchens are cooking fires, and of those, nearly three quarters start on the range cooktop. You may be surprised to know that both electric and gas ranges are equally likely to be involved in a fire. However, the risk for a fatality is four times greater with gas appliances due to gas leaks and because the open flame from a burner can ignite combustible materials such as curtains, loose clothing, towels, etc.

On the other hand, electric ranges are much more likely to be accidentally activated than gas appliances, either by the user or by a defect in the controls. Between 2009 and 2012, electric ranges from Kenmore, Frigidaire, Electrolux and LG were all recalled for one thing, defective digital controls that caused the heating elements to either: Turn on spontaneously without being switched on; or fail to turn off after being switched off; or, unexpectedly increase in temperature.

One important thing to note with respect to recalls – and certainly something that has changed since 1984 – more appliances and components are now being manufactured overseas. Consumer Reports says that almost four of every five recalls involved products made outside of the U.S., with the majority coming from China. And in the case of ranges, these malfunctions have the potential to cause extensive physical damage if any food or combustible materials are left on the cooktop.

One of the first things I check when investigating a kitchen fire is whether a recall has been issued for any appliance on the scene. If not, and assuming no evidence of failures is discovered, I then have to consider user-related causes.

When it comes to ovens and ranges, most user-related causes boil down to carelessness, distraction or haste. As previously mentioned, one common user-related cause of fire is the accidental activation of a cooktop. Again, electric ranges are prone to this, but also any model with front controls – both electric and gas.

Self-cleaning ignition scenarios often simply come down to people keeping combustible materials too close to, or even inside, the oven. Self-clean is a feature that works by raising the temperature to over 800 degrees Fahrenheit and incinerating any food inside to ash. Towels, cookbooks or oven mitts left inside the warming or storage drawer can ignite during the self-clean cycle. In the case of gas ranges, those items can even ignite during normal use.

There are many variations of user-related causes, but unattended cooking is the number-one cause of range fires, by far.

That said, one should never assume. Sometimes a seemingly open-and-shut case, where the insured says they left the stove unattended, turns out to be a not-so-innocent incident upon further investigation. When a range is used to stage an arson, certain clues may survive the fire, such as combustible materials like towels that people place over the cooktop as a mechanism to spread the fire beyond the range.

Microwaves present two common causes of fire: Improper usage and internal defects. Improper usage includes unintentionally over-heating items (accidentally setting the timer to 30 minutes instead of three minutes), or microwaving foods that can ignite, like bacon or carrots (carrots are effective conductors of electricity and can act as miniature lightning rods under certain conditions created inside a microwave). The second common cause of fires in microwaves is internal defects, usually related to circuit board failures.

Blenders do not commonly catch fire for two reasons: They are not heat-producing appliances and they are generally only used for short durations. However, where early blenders only had an on/off switch, modern blenders have circuit boards and processors, as well as high-powered motors, so the potential for a defect is present, especially since they are exposed to liquids.

During the 1990s coffee maker fires became so common that arsonists started tampering with them to simulate a well-publicized mode of fire ignition. Due to tightened safety regulations, coffee maker fires have become less common, but they still have the potential to fail. Both coffee makers and kettles can overheat if their internal safety devices malfunction and they do not shut off as they should.

People do not normally think of refrigerators as posing a fire hazard, but they have heaters and draw plenty of electrical current. And, unlike ranges, fridges are constructed with more combustible materials that can provide fuel in the event of a fire.

A common defect in fridges is a relay failure. A relay is an electrical component that turns on a fridge’s compressor. The compressor circulates coolant which absorbs the heat inside the fridge, cooling down the air. However, an electrical phenomenon called arc tracking can cause the relay to overheat and ignite the surrounding plastics.

Before the rise in popularity of dishwashers in the late 1970s, dropping a plate was the worst thing that could happen while doing the dishes. This past October, over half a million dishwashers sold between January 2013 and May 2015 were recalled because the power cords could overheat and catch fire.

However, the most common causes of dishwasher fires are the infiltration of water, detergent or rinse-aid on the control circuit board(s), and the heating element overheating. Failure of the heating element, which frequently results in the ignition of the plastic tub, can be especially destructive.

The two most common causes of toaster fires are misuse and product defects. Misuse includes overheating greasy, oversized or sugary foods to the point where they ignite. The most common product defect in toasters is the failure of the switch that provides power to the heating elements. This causes the toaster to stay on indefinitely, igniting food inside and anything else in its path, including curtains, paper towel rolls, and low cabinets.

From the time that New York Times article was written in 1984 there is hardly a kitchen appliance, device or gadget that has not been significantly upgraded. Everything has been redesigned to do more, more efficiently and more effectively.

But those improvements often mean more components, greater complexity, and increased opportunities for errors and failures that can result in fire. Fortunately, knowing is half the battle. Armed with this knowledge we have been able to determine cause of numerous kitchen fires, originating from all of the above mentioned appliances.

Next month we will pick up where we left off and examine appliances found in the laundry room.

Mazen Habash is president and consulting forensic engineer at Origin and Cause.