Traditional homeowners’ insurance on a collision course with the sharing economy

The Rise of the Sharing Economy

Consumers are increasingly interested in leasing and sharing products rather than buying and owning them. The aptly named “sharing economy” is growing rapidly, fueled in part by social media, which facilitates communication between peers willing to share their possessions.

While estimates of the current size of the market vary, the consultancy firm Pricewaterhouse Coopers believes that by 2025, five main sectors of the sharing economy could represent US$335 billion in revenue worldwide, up from approximately US$15 billion in 2015. The sharing economy is transforming the way commerce is conducted and, as a result, insurance companies will need to adapt their business models to provide new products to support this growing area. 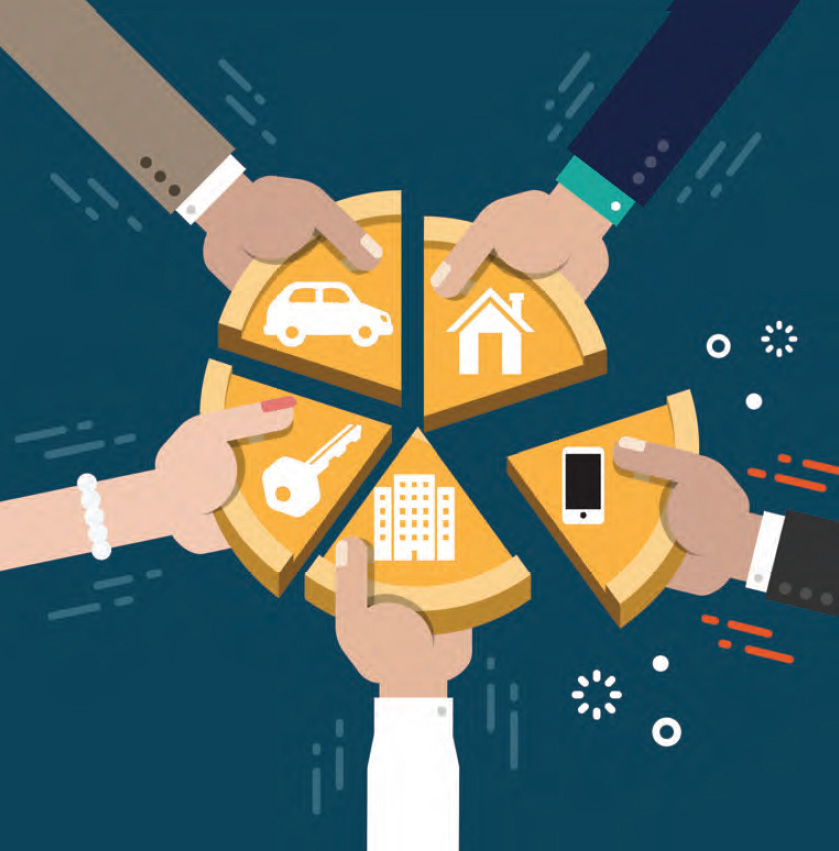 There are numerous examples of the growth of the sharing economy across Canada. Last year, two Toronto roommates used a bartering website, Bunz, to launch a restaurant in their condo. The well-known car hire service, Uber, has been making headlines as it adds drivers and expands to more cities.

Some car owners also list their cars for rent on websites, such as Turo, without realizing that the insurance offered by these services may not cover all eventualities and that it is not possible to insure that risk under a standard automobile policy.

The San Francisco-based online accommodations marketplace Airbnb is another example of a platform which allows mainstream consumers to take advantage of the sharing economy. Airbnb boasts over two million listings worldwide. The website “Inside Airbnb” aggregates publicly available data and identifies that there are currently more than 12,000 listings in Toronto, over 10,000 listings in Montreal, and almost 5,000 listings in Vancouver.

According to data released by Airbnb, the majority of Canadian hosts list their primary home for rent and the typical host earns $3,900 annually from their listing. However, there are risks involved.

The unfortunate experience of a Calgary family highlights some of the potential liability issues facing Airbnb hosts and their Insurers. In April of 2015, Mark and Star King rented out their two-storey home to four adults who claimed to be in Calgary for a wedding. Instead, their home was used for a drug and alcohol-fuelled party attended by dozens of people.

The Kings returned to find their house and possessions trashed, with an estimated cost of $150,000 to clean and repair the home. Traditional homeowner and tenant’s insurance policies do not cover this type of damage, leaving owners to rely on Airbnb’s coverage options. The Insurance Bureau of Canada commented on the King’s experience, stating it was “a reminder that typical homeowner insurance policies only provide coverage when you’re occupying your own home.”

There have been other unfortunate incidents involving Airbnb guests in Canada. In August 2016, a Montreal woman was robbed by a guest. She later found out that her cousin had been a victim of theft by the same Airbnb guest after listing his own apartment on the website.

The Risk for Insurers

There are a number of risks involved for Airbnb hosts and their insurers. Hosts may not realize they require additional coverage when renting out their homes. Many people wrongly believe that personal liability coverage through their home or tenant’s insurance policy is sufficient to cover damage caused by a temporary renter.

Insurers treat owner-occupied homes differently than homes rented to third parties. Landlords and tenants have different rights and responsibilities. Some policies do not permit the homeowner to rent the home to someone else, even for a short period of time.

Many Canadians have typical home insurance policies that are meant to cover the activities of the homeowner and offer liability coverage for guests. When a “guest” pays to stay, they are considered to be a “renter” and the homeowner usually needs to change their insurance policy to allow for such activities. Homeowners’ policies typically carry a “business activity exclusion,” which means that any claim involving a “business activity” could be denied.

From the insurers’ perspective, the main concerns with short-term rentals are liability exposure, theft, and vandalism. Some insurers, such as Aviva, Square One and APRIL, offer Airbnb and short-term-rental specific insurance policies. Other insurance companies do not yet offer a product designed for home-sharing, but are evaluating the need in light of the changes in the market.

In 2011, Airbnb offered a $50,000 Host Guarantee to cover damage to property rented through its service. The amount has increased considerably since then. Today, the Host Guarantee provides protection to hosts for up to $1 million in damages. However, the Host Guarantee does not protect cash and securities, pets, personal liability, or shared or common areas.

Airbnb has been prompted to provide solutions for the gaps in insurance coverage for its hosts. Airbnb now advertises that its Host Protection Insurance program will act as primary coverage for eligible losses. The Host Protection Insurance program went into effect in the United States in January 15, 2015. As of October 22, 2015, it was expanded to include additional countries, and is now available for Canadian hosts.

Host Protection Insurance is designed to protect hosts against third-party claims for bodily injury or property damage. The policy is included with every booking on Airbnb and covers hosts for up to $1 million in liability, including liability coverage to hosts and, where applicable, their landlords, subject to certain conditions, limitations, and exclusions. Hosts must agree to be covered under the Host Protection Insurance program in order to list a property on Airbnb. The policy is provided through Lloyd’s of London and Airbnb is the policyholder under the policy. Airbnb hosts and, where applicable, their landlords, are the insured parties. Hosts are not required to pay an insurance premium.

Although Airbnb has taken steps to insure its hosts, some argue that the policy does not provide enough coverage. HomeAway (a holiday rental company) co-founder Carl Shepherd criticized the Airbnb Host Protection Insurance program, calling it “great marketing,” due to excessive terms and conditions, such as the requirement for hosts to show evidence they have screened guests adequately before accepting them.

Malicious damage and assault are specifically mentioned as two areas not covered by the policy. The $1 million liability limit may also be insufficient, considering the value of some homes that are listed on the website and the damage that could potentially occur.

Given the pace at which the sharing economy continues to grow, and the popularity of home sharing websites, such as Airbnb, insurance companies will need to consider adjusting their policies to accommodate the changing market. In Evans v. State Farm Fire & Casualty Co., ([1993] O.J. No. 1931), Justice Ground held that the Plaintiffs suffered damages as a result of the failure of an insurance broker to place adequate insurance on a house that the Plaintiffs rented out occasionally. The insurance broker in this case was held partially liable for the damages caused by a fire while the house was being rented.

As more and more homes are added to Airbnb and similar websites, it will be important for insurance brokers to inquire whether their clients plan to list their home or parts of their home for rent and to ensure their clients are adequately covered by their selected policies. Insurers should also consider how Airbnb coverage issues exemplify insurance concerns that arise in other sharing economy forums.

Laura Emmett is a Partner at Lerners LLP in London, Ontario, and Vice President of Canadian Defence Lawyers; Kaitlyn Armstrong is Student-At-Law at Lerners LLP.