When Intact bought On Side Restoration in October, the company described its strategy as “buying into the supply chain.” The company’s intention is to streamline the claims-handling process for the consumer.

Intact’s move generated a lot of buzz at the time, but industry observers point out that it’s not the only time an insurer has experimented with buying into the supply chain. In fact, recent changes to TD Insurance Auto Centres could be the harbinger of a new evolution in Canada’s automotive claims process.

TD Insurance first launched a program of co-operative agreements with a fleet of independent automotive repair shops in 2015, starting in Calgary. At the time, TD said its customers would be “able to complete all the steps of an auto collision repair process — file a claim, drop off their vehicle, get their vehicle appraised and repaired, and, if needed, rent a car — all at one location.” The company provided an additional clue about how the centres would work with claimants, saying: “In addition, [customers] will only need to deal with one contact throughout the claims process – the TD Insurance adjuster onsite assigned to the claim.” 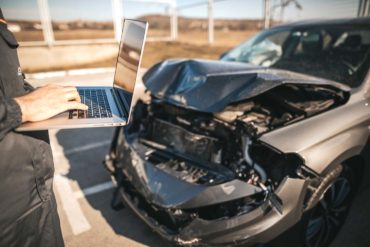 It seems that TD has taken this experiment further and purchased some of those repair centres outright. Throughout 2019, a number of the body shops were relaunched under TD livery. While the insurer couldn’t supply a spokesperson to comment, we were able to speak to previous owners of those shops who confirmed that TD purchased the stores, which now cater exclusively to TD customers.

On the face of it, the move to a more convenient, one-stop solution for customers makes sense.

“We are proud to be leading the market in offering this new, complete one-stop shop concept for auto collision repairs in Canada,” Craig Richardson, vice president at TD Insurance, said when explaining the concept in 2015. “Not only does this initiative allow us to deliver critical repairs in a timely manner, TD Insurance employees will also be able to serve customers directly onsite, ensuring that we meet all our customers’ needs, providing them with a more comfortable, convenient and caring experience.”

It could be argued that repair shop acquisitions are as much about preventing collision centre fraud as they are about providing convenience to clients. A 2018 report from Aviva Canada said the insurer uncovered evidence of “widespread” fraud inside automotive repair centres. Falsified towing charges, in addition to inflated damages and repair costs, were just some of the issues cited by Aviva, which noted that it had been charged more than twice the actual repair costs in 10 test cases.

By controlling the repairs part of the claims process, TD can prevent exaggerated costs and ensure strict adherence to their repair policies.

There are risks associated with owning part of the supply chain. For example, will customers feel that there is a competitive pricing process? Also, what recourse do claimants have if they disagree with the assessment of an insurer-owned auto repair centre?

The TD Insurance model has parallels with Intact’s acquisition of On Side Restoration, which officially closed in October 2019. Intact’s deal allowed the insurer to take ownership and control of one of its largest downstream suppliers and was lauded by Intact CEO Charles Brindamour as a way to “reduce claims handling costs and provide diversification to our property exposures with a new and counter-cyclical earnings stream.”

Globally, it’s common for insurers to partner with repair shops. SunCorp in Australia and New Zealand owns a number of its own repair shops. In the United States, Geico, State Farm and others have numerous co-branding arrangements and co-location agreements with collision shops.

Andrew Shepherd, executive director at the Automotive Industries Association of Canada, believes deals like this could be beneficial to consumers. “I think consumers would benefit by having a more seamless hand-off between their insurer and the repairer,” he said. “Right now, after an accident, the consumer calls the insurer with personal details. The insurer determines which repair shop the consumer would prefer (and recommends one if the customer expresses no preference), and then transfers the personal information to the shop. This can be a time-consuming, error-prone, multi-step process that would be smoothed by co-location.”

Some shops might appreciate the arrangement because insurance-related overheads have increased from 8% to 12% over the past 10 years, Shepherd said. “The main problem repairers have with the claims process is the growing burden of administration involved,” he said. “A shop might deal with eight or 10 insurers. Each one has an administrative guide that is many hundreds — if not thousands — of pages in length, and each one is different.”

As in the Intact/On Side example, the role of adjusters becomes less clear when the insurer owns the supply chain. Scott Mastromatteo of NSA Claims is an independent adjuster, and while he can understand the benefits to consumers of a one-stop shop, he has some concerns.

“The claim process needs to remain open, transparent and fair to the insured/claimant and/or any parties involved,” Mastromatteo explained. “The more that insurance carriers get into other lines of business, the more control they take over the claim and [the] lack of transparency [that may result].”

As insurance payouts increase, and premium increases follow suit, insurance companies could potentially feel more pressure to reduce costs and stabilize rates. That may lead some to expect TD to find efficiencies by owning the supply chain. But the jury is out on that.

Mastromatteo, for one, doesn’t think these streamlined arrangements will benefit customers. “I suspect the ‘cost-savings’ from handling everything in one-stop will not end up in premium reduction, but rather in increased profits.”

Emily Atkins is a freelance author based in Ontario and is the past editor of Claims Canada.