Damage to cargo while in transit can cause disputes between shippers and carriers, with significant losses often having to be picked up by insurers. When claims occur, the “bill of lading” (BL) is routinely relied on as evidence of the contract of carriage.

However, are these bills the only documents on which to rely when settling a claim, especially when a good portion are not properly prepared and are not, in fact, a contract of carriage in entirety? 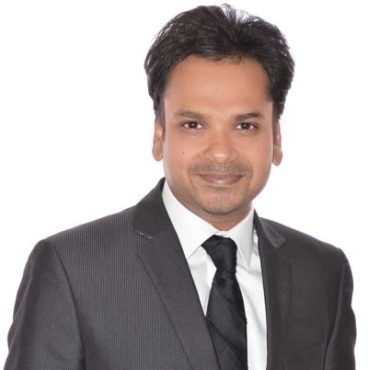 The BL is the first and foremost document that everyone looks for when it comes to a claims scenario in any cargo claim, be it first-party (direct damage claimed by a cargo owner) or third-party (motor truck cargo legal liability)

But what is so special (and not so special) about the BL? And how valuable, if at all, is it in helping to settle a cargo claim, especially a legal liability one?

Bills of lading have been used since forever by everybody associated with the shipping industry. Even then, past experience has shown that in the majority of cases, the BL is not properly prepared.

Sometimes the document does not reflect the relevant terms and conditions agreed to by the parties; sometimes it is not prepared abiding with the relevant provincial regulations or not completed fully, and most times, it will not be signed by both the parties (the shipper and the carrier).

On occasion, there is more than one such BL issued for the same shipment, with none of them signed by both the parties.

What is important to remember is that there is more to BLs than what meets the eye. These BLs, handled improperly, could be rendered of no more value than a mere receipt recording the shipment details.

A BL is a mercantile document recording the event of carriage. It usually serves the following three purposes:

However, the bill of lading is not necessarily the contract of carriage in its entirety. Rather, it is usually only the best evidence of the terms of contract.

The contract could encompass a variety of documentation, starting from the emails exchanged between the carrier and the shipper, to the oral agreements and/or discussions that have taken place between the two contracting parties.

The contract could be much more than the BL. Even if it is signed by both the shipper and the carrier, there could be more to the contract of carriage than just the signed BL.

Why issue a BL?

Then what is the point of issuing a bill of lading to start with? Issuance is most important in provinces where the uniform conditions of carriage – such as common valuation and maximum liability clauses for shipments originating in Canada – are not deemed to become part of every contract of carriage, as a matter of law.

Basically, if a BL has not been issued in these provinces, a carrier’s chance of limiting liability (say, to $2 per pound or $4.41 per kilogram) is not very good. A BL must be issued in these provinces if the carrier wants to limit its liability, and the BL must be issued respecting the guidelines prescribed in the respective provincial regulations.

Notwithstanding this, there is more than what is appearing on the BL, so it is advisable to look beyond the boundaries of the document.

The 1969 ruling by Ontario’s then High Court of Justice in Fleet Express Lines Ltd. v. Continental Can Co. of Canada Ltd., is an excellent illustration. The defendant was a tin can manufacturer that contracted with a third-party carrier (plaintiff) to ship tin plates from its Toronto plant to its plant in Burnaby, British Columbia.

The defendant would usually use rail freight to transfer the tin sheets between the two locations, each of which had private railway siding. However, as a result of an impending railway strike and the urgency of a large order, the defendant hired the plaintiff.

The plaintiff quoted the freight rate at $4 per hundredthweight (cwt), equal to 100 pounds in North America, while the price by rail freight was $1.19 per cwt.

The rail strike did occur and the cans were not delivered in time, costing the defendant the order and also significant storage costs until the cans were sold.

Having ceased to transport by road a few years back, even abandoning the required licences to travel by road between Toronto and Vancouver, the plaintiff, in fact, always shipped piggyback via railway between the two points.

The plaintiff sued for the agreed price of $4 per cwt, and the defendant counterclaimed for loss relating to the following: difference between normal freight costs and $4 per cwt claimed by the plaintiff; interest on money invested in stock that was immobilized for some nine months; and the cost of storage of materials.

The plaintiff relied on what was Ontario Regulation 503, made pursuant to the then Public Commercial Vehicles Act, which noted the following:

“No carrier is bound to transport the goods by any particular public commercial vehicle or in time for any particular market or otherwise than with due dispatch, unless by agreement specifically endorsed on the bill of lading and signed by the parties thereto.”

In addition, the plaintiff relied on the parol evidence rule (prevents a party to a written contract from presenting extrinsic evidence that discloses an ambiguity

and clarifies it or adds to the written terms of the contract that appears to be whole).

The plaintiff maintained that the defendant should be denied the right to invoke parol evidence, namely, evidence of the two telephone conversations, which would have the effect of adding to, varying or contradicting a written contract.

The case was ruled in favour of the defendant, even though none of the oral conversations became part of the BL. The Ontario court ruled the real contract was the oral contract, entered into by the representatives of the parties, and that the bills of lading were nothing more than receipts showing the quantities of goods transported in each case for the purpose of the records of both the plaintiff and the defendant.

So what does this mean for cargo legal liability insurers?

It might be beneficial for the insurers to have a face value, in the form of an independent adjuster who could meet the insured in person and establish a relationship of trust, do hand-holding wherever necessary and act as an unbiased controller liaising with the insured, its customer, other involved parties and last, but not least, the insurers.