Emerging issues have created new challenges for the directors and officers (D&O) specialty insurance line in Canada. Responding to risks associated with the #MeToo movement, cyberattacks and the new legal status of recreational cannabis in Canada, D&O insurance continues to adapt to new social and business legal realities.
The D&O line is also responding to a changing legal environment. Although the Canadian legal system is relatively less litigious than the U.S. system, class actions south of the border are reverberating here in Canada; expect them to affect the D&O insurance product in a material way going forward. 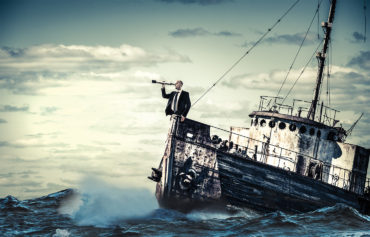 Carriers
“We are not seeing any discernible claim trends in private and non-profit D&O, other than a slight uptick in bankruptcy-related claims,” says Steve Smith, vice president of specialty insurance at Travelers Canada in Vancouver.
Smith notes that in public company D&O insurance, the industry experienced a drop in the number of securities class actions lawsuits in 2018, according to a report by the global economic consulting firm NERA. There were eight such cases last year compared to the 13 launched in 2014. Also, there was a decline in the median value of settlements ($9.8 million in 2018 compared to $15.8 million for the period of 2006-12).
“Most securities class actions are being brought pursuant to the statutory secondary market civil liability regime,” says Smith. This regime allows investors who purchase or sell securities from third parties in the ‘secondary market’ — the TSX and TSX-V stock exchanges, for example — to sue public companies. Which public companies are most at risk? Those in the finance, mining and energy sectors, Smith reports.
Overall, “due to the favourable loss trends we are seeing in Canada, the [D&O] market continues to be very competitive for Canadian-only traded accounts,” Smith observes. “Rate increases are the exception and not the rule.”
In contrast, the U.S. is seeing a significant uptick in the number of securities class actions being filed against public companies; it has also witnessed a significant increase in the median settlement figure. “Consequently, we are seeing the market harden regarding rates charged for dual-listed accounts in Canada, and some carriers are pulling back on their capacity for these risks,” Smith says.
Asked about opportunities for brokers in the Canadian D&O market, Smith says several small market-cap companies could be upsold to higher limits, given the increasing liabilities for directors and officers in Canada (for example, with respect to privacy and cyber regulations). There is also an opportunity to upsell limits on dual-listed companies, given the unfavourable claims trend there.
Brokers could also benefit from selling cyber insurance to more public companies, Smith adds, noting that only 50% to 60% of public companies in Canada purchase cyber coverage.
There is a trend in Canada toward integrating employment practice liability with D&O policies, and in some cases cyber insurance as well, says Nathan Rose, a senior underwriter and business development specialist with Burns & Wilcox Canada in Vancouver.
Rose sees this as a very positive development, because it provides a comprehensive solution across multiple insurance lines. “You’ve got insurance for a broad array of exposures all being covered under one policy to mitigate any coverage gap.”
D&O coverage is essentially following the exposures of evolving industries. Rose cites cannabis and cybersecurity as examples of relatively new industries for which D&O exposure has been quantified over the past several years. “In my opinion, the cyber-insurance sector is definitely the most interesting space to follow at the moment,” he says. “The biggest area of concern is privacy-related claims that will apply to any organization of any size, irrespective of whether they’re public or private.
“Historically with cannabis companies, the D&O considerations were based on regulatory uncertainty, especially with the move in Canada from medicinal sales to legal recreation. I think, unfortunately, that historical uncertainty has led to a lot of insurers still being reluctant, and in some cases failing to turn their attention to this sector.”
Another complex consideration for insurers is that while cannabis is legal in certain U.S. states, it is illegal federally in the United States. In spite of that, Canadian cannabis manufacturers are trying to establish a U.S. footprint. In doing so, they face possible cross-border legal action. “From a D&O insurance perspective, that makes it incredibly problematic,” says Rose.

Brokers
“We in Canada haven’t seen a lot of what we would call event-driven D&O litigation like they have in the United States,” says Brian Rosenbaum, the Toronto-based national director of the legal and research practice and also the national cyber security leader with Aon Reed Stenhouse Inc. in Canada.
For example, many emerging issues for organizations today, such as cyber breaches and sexual harassment, (highlighted by the #MeToo movement), are becoming commonplace in Canada and the United States. However, in the United States they have led to follow-on D&O lawsuits, whereas that hasn’t been the case in Canada to date.
Over the years, brokers and insurers have worked together to broaden the coverage in D&O insurance for private companies, not-for-profits and Crown corporations. However, there has also been an increase in private D&O claims; this is predominantly true in the United States, but also in Canada. Now the claims have reached a point where insurers are re-evaluating the broadening coverage granted to private companies.
“From a broker’s perspective, we’ve had a pretty good time of it for the last 15 years,” says Rosenbaum. “We’ve seen a constant decline in premium. We’ve seen a constant expansion of coverage, but it’s certainly a firming market.”
Historically, insurers have deemed fines and penalties to be uninsurable. “Over many years, the brokerage community whittled away at that, trying to put more affirmative language in policies that give our insureds a fighting chance to argue that certain fines and penalties are covered,” Rosenbaum observes.
The industry has also expanded the number of ways a D&O policy can be triggered. Insureds want to get access to the policy for defence costs — even if it is only in anticipation of possible litigation down the road — including pre-claim inquiries or derivative investigation costs (e.g. when a corporation needs to investigate internally to determine whether or not the board did anything wrong).
Kelly Lang, senior vice president with Hub International Ontario in Toronto, says legalization of cannabis in Canada has created a new concentration of D&O liability-related lawsuits.
“Because there isn’t a long history of publicly-traded cannabis companies, the insurance companies are literally just trying to figure out what the right price is to charge,” says Lang, who notes that D&O policies involving companies trading on U.S. markets are especially expensive.
Compared to property or auto insurance lines, which have seen dramatic price increases in recent years, D&O insurance rates in Canada have remained steady. That said, the D&O market is firming up, with Canadian risks being underwritten more carefully. Insurers are taking a closer look at issues such as the client’s amount of debt and whether it can be sustained, Lang notes.
Lang says he has not yet seen class-action claims against directors and officers for cyber-related issues, nor has he seen any dramatic price increases driven by cyber issues. Still, “we’re advising our clients to get a good layer of properly-negotiated cyber coverage so that their first-party losses are going to be covered if they have a big bill for: 1) notification, or 2) the forensics team to figure out how they were hacked and how long the perpetrators were inside.”
Directors and officers of companies undertaking a cleanup will often be targeted because of a perception that they have deep pockets to absorb losses. Most D&O insurance will pay for a good legal defence, but not a remediation cleanup. The latter might be covered by a Side A-DIC (differences-in-conditions) policy says Lang.

Risk Managers
What do insurance buyers seek in a D&O policy?
Jeff Damberger, an insurance risk specialist with Northview Apartment REIT in Calgary (a large Canadian residential real estate investment trust), says he looks for a basic D&O policy complete with Side A (trustee indemnity), Side B (corporate indemnity) and Side C coverage (direct reimbursement) insurance, with appropriate limits for his trust’s directors and officers, from a financially-reputable insurance carrier.
“I also look for a separate Side A-DIC program, because there are some limits exclusively for the directors,” says Damberger.
He recently undertook an exercise to determine if there are additional areas of D&O coverage required for his firm.
“We expanded to purchasing a cyber line of coverage, because cyber was inadequately covered in the D&O program,” says Damberger.
In addition, he says, “we decided to look to a separate, standalone policy to cover off not just the contemporary #MeToo-type issues, but the whole suite of constructive and wrongful dismissal, wrongful discipline, invasion of privacy, misrepresentation, as well as sexual harassment, abuse, and anything else that falls within that area; we also [looked to] extend the coverage to the employees and the company itself.”
One ongoing struggle for risk managers is to determine the appropriate limits for how much insurance to buy. Basing a number on past Canadian lawsuits is problematic, since there aren’t that many Canadian lawsuits compared to the Unites States. Moreover, in Canada there is more of a tendency to settle out of court compared to the U.S., and so the final amounts paid become private.
“It’s easy enough to do for general liability, pollution, property, and crime — we can quantify all that,” says Damberger. “But D&O is less-equipped: It’s more nebulous, and no one has public data unless you go to the States. So that would be one of the areas where we would love to see some help from the insurers.”

Jeff Buckstein is a freelance writer based in Ottawa.