The 2016 case from the Supreme Court of British Columbia, Certain Underwriters at Lloyd’s v. The Insurance Company of the State of Pennsylvania, reviewed the duty to defend in the face of claims arising from forced labour.

An action was commenced in the court by former mine workers against Nevsun Resources Ltd., a British Columbia mining company. Nevsun Resources operates the Bisha gold mine in Eritrea. The mine was a joint venture with the state-owned Eritrean National Mining Corporation.

The plaintiffs allege that the mine was built and run using forced labour and slavery, obtained from the plaintiffs coercively and under threat of torture from the Eritrean government. 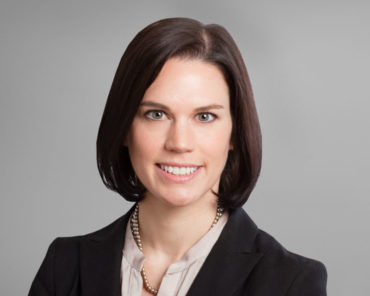 It is further alleged that during their period of forced labour at Bisha, the plaintiffs were subjected to cruel, inhuman and degrading treatment, and worked under the constant threat of physical punishment, torture and imprisonment.

The plaintiffs claim damages on behalf of all forced labourers who were forced to work in the Bisha mine for the period June 15, 2008 to November 20, 2014.

Nevsun Resources had two separate liability insurers over the period canvassed in the pleadings. The Insurance Company of the State of Pennsylvania, referred to as AIG (American International Group) in the judgment, had a policy in place from June 15, 2009 to April 21, 2011, whereas Certain Underwriters at Lloyd’s issued a policy for the period April 21, 2011 to November 20, 2014.

Lloyd’s applied to the court for a declaration that AIG’s policy of insurance acted as co-primary with its own policy and AIG, therefore, had a duty to defend Nevsun Resources beyond just its policy period.

The two policies were dissimilar in their wording. The Lloyd’s insuring agreement provided coverage for “bodily injury” sustained by any person during the policy period.

In addition, the AIG policy had “personal injury” coverage, which provided coverage for “false arrest, detention or imprisonment,” but only if the offence was committed during the policy period.

As a starting point, both insurers appeared to accept there may be coverage under their respective policy periods for the allegations of forced labour and slavery. However, Lloyd’s claimed that AIG was also a co-insurer during the Lloyd’s policy period.

Lloyd’s argued the allegations in the claim, such as torture, would have resulted in “bodily injury” immediately and, to the extent that it occurred between 2009 and 2011, it is covered under the “bodily injury” portion of the AIG policy. Further, it is commonly understood that the allegations of torture with punishment can produce long-term and recurring physical and mental injuries.

Since some of the injuries continued or resumed after the policy expired, the Montrose clause was triggered, which would extend coverage beyond the end of AIG’s policy period.

The court reviewed the Montrose clause and confirmed the intent of the clause was to extend coverage for damage arising during one insurer’s policy period, but suffered during the currency of a subsequent policy, such that both policies cover the subsequent damage.

AIG did not disagree with this interpretation, but rather argued the pleadings themselves did not allege such continuous or progressive injury.

The court reviewed the law on the duty to defend and cited approvingly the Supreme Court of Canada’s decision in Monenco Ltd. v. Commonwealth Insurance Co., wherein the court found that, “whether a duty to defend exists in any given situation requires an assessment of the pleadings to ascertain the ‘substance’ and ‘true nature’ of the claims.”

The British Columbia court then found the test enunciated in Monenco needed to be reconciled with the other principle of law set out in Progressive Homes Ltd. v. Lombard General Insurance Co. of Canada, which stated that an insurer’s duty to defend arises where there is a “mere possibility” that the insurer might have to indemnify the insured.

The court, ultimately, agreed with AIG, finding that on the face of the pleadings, the allegations of damage due to abuse and mistreatment, including torture, were not described as ongoing.

Thus, the court concluded there was no allegation of continuing injury that would trigger the Montrose clause and, therefore, AIG was not a co-insurer during the Lloyd’s policy period on this basis.

The importance of this is that there was no Montrose clause in the “personal injury” section that could potentially extend coverage.

As AIG explained, the “personal injury” analysis focuses on the act causing injury as the trigger of coverage, as opposed to the date that bodily injury may have been sustained or became manifest.

In this way, it is not an occurrence coverage since the date when bodily injury or property damage occurs is not the coverage trigger. Therefore, if all of the allegations fell within the “personal injury” section, the issue of whether or not there was continuing “bodily injury” would be moot.

In order for the allegations to fall entirely under “personal injury,” all damage must have arisen from “false arrest, detention or imprisonment.”

Resources, there was a basis upon which the damages arose from actions other than forced labour and slavery. For example, the pleadings alleged a failure on Nevsun Resources to conduct due diligence and a failure to investigate and respond to reports of forced labour.

Lloyd’s submitted that Nevsun Resources’ alleged failures did not all arise out of forced labour, but from other human rights abuses as well. It argued the following:

[I]f workers were beaten or tortured, the plaintiffs could prove a battery occurred even if the evidence established that the beaten workers were voluntarily employed… That is to say that the allegations of “bodily harm” may not all arise out of forced labour.

In agreeing with AIG, the court cited the case of Unrau v. Canadian Northern Shield Insurance Co., where the court explained the question of derivative pleadings as follows:

The question for this Court is whether, if you take away the intentional tort, is there any basis for negligence. If the answer is ‘yes’, then there is a duty to defend.

The British Columbia court concluded that the pleadings did not include claims framed in the alternative to forced labour. Rather, they simply set out the various ways that Nevsun Resources was allegedly implicated in the forced labour.

As such, the negligence claims were found to be derivative of the true claims of forced labour and slavery, meaning that the pleadings fell entirely within the “personal injury” insuring agreement.

Thus, AIG was found not to be a co-insurer with Lloyd’s for the period of the Lloyd’s policy.

In summary, while the case is notable for its factual matrix, it addresses a number of weighty coverage considerations, including the “mere possibility” test and derivative pleadings.