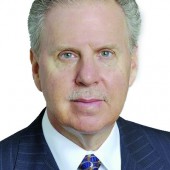 The British Columbia Supreme Court’s recent decision in More Marine Ltd. v. AXA Pacific Insurance Company, among other issues, deals with the duty of care of an insurance broker to its clients.

The insured plaintiff, More Marine, owned a fleet of ships and marine equipment. One of More Marine’s vessels sank in 2007.

Aon Reed Stenhouse, the plaintiff’s broker, specifically agreed to the inclusion of the AAD in the policy on behalf of the plaintiff. More Marine claimed the AAD was added to the policy improperly, without its knowledge, and absent any consideration.

During 2004, More Marine had two H&M policies running in parallel. Coverage for the entire fleet was rolled into a single H&M policy for the fleet in January 2005. Immediately before this rollover occurred, the respective policies each provided for an AAD of $100,000. Evidence established the addition of the AAD clause was reflected in a reduced premium to the insured. However, at that time, the AAD clause did not include any wording limiting the claims to which the respective AADs would apply.

Aon emailed the defendant insurers in November 2004 to clarify the application of the AAD clause. The broker’s email included proposed wording for a revised AAD clause that excluded constructive total loss (CTL) and TL claims from the AAD. The defendant insurers agreed to the broker’s proposed AAD wording in a reply email in December 2004. The broker immediately prepared a draft endorsement. However, the person preparing the endorsement copied a different precedent from the one that the defendant insurers approved — a wording that did not exempt CTL and TL claims. The broker carried this language forward into an endorsement the insurers ultimately signed. By the time the matter came to be determined by the court, the lead underwriter had passed away; her personal files could not be located. Neither the following underwriter, nor the marketer at the insurance broker could recall what, if any, discussion took place in respect of the change between the draft and the final endorsement.

There were further developments in mid-January 2005. The broker advised the defendant insurers that More Marine’s account was under attack from another broker. As a result, the broker managed to successfully negotiate a reduction in the plaintiff’s AAD from $100,000 to $75,000. Later that year, at the next annual renewal, the AAD was increased to $150,000. There were several further endorsements in 2005 and 2006. However, none of the plaintiff’s policies and endorsements excluded TL or CTL claims from the operation of the AAD clause.

Another significant change occurred at the August 2006 renewal. By that time, the More Marine account had a loss ratio of approximately 245% over five policy years. As a result of this claims history, the defendant insurers seriously considered not renewing in 2006. However, after negotiations, the broker and defendant insurers agreed on an increased premium rate and also an increased AAD of $250,000 that specifically applied to CTL and TL claims. This wording was incorporated into Clause 23 of the renewed 2006 policy. Clause 23 was in place when the plaintiff’s vessel sank in 2007.

Court Ruling on the AAD

More Marine alleged Clause 23 and prior AAD endorsements were inconsistent with the alleged agreement reached through the November and December 2004 email exchange by the broker and defendant insurers. This agreement expressly excluded CTL and TL claims from the reach of the AAD clauses. The court accepted that if this was so, then Clause 23 and prior AAD endorsements materially reduced the available coverage for such claims. However, the court found the e-mail exchange did not culminate in a final agreement. It was only a preliminary step in reaching an agreement on the terms of an AAD endorsement to form part of the policies. The amendment to the contract was not finalized until the actual endorsements were signed and returned.

The court held Clause 23 was clear and therefore dismissed the claim against the insurers. The court then dealt with the claim against the insurance broker. The court considered whether the broker owed any duty to the plaintiff to inform it of the underwriter’s stated agreement in the email exchange to language that excluded CTL and TL claims from the AAD clause. In answering this question, the court analyzed the broker’s duty to negotiate, whether it breached its duty and, if so, whether the alleged failure caused More Marine to suffer any losses.

The court further affirmed that since subtle differences in the forms of coverage available are frequently difficult for the average person to understand, and since agents and brokers are trained in these differences — and expected to provide individualized insurance advice — it is both reasonable and appropriate to impose upon agents and brokers a stringent duty to provide both information and advice to an insured.

The court found the course of events in January 2005, which culminated in a negotiated reduction in the amount of the AAD, indicated the terms of the AAD clause were still open to further negotiation with respect to the amount. The court considered the implications of the broker not discussing the proposed exclusions to the AAD clause with the plaintiff. It held that even if More Marine had lost the opportunity to pursue negotiations to exclude CTL and TL claims from the 2004 and 2005 policy endorsements, the defendant insurers were not prepared under any circumstances to agree to any different terms to the AAD clause at the time of the 2006 negotiations. The court also noted that, considering the plaintiff’s loss record, there was no evidence any other underwriter would have offered an AAD that excluded CTL and TL claims.

The court accepted the broker should have communicated with the plaintiff about its negotiations with the defendant insurers in November 2004 and early 2005. However, it was not persuaded the plaintiff suffered any loss as a result of the broker not communicating the initial email exchange to the plaintiff.

The court next dealt with the allegation that the broker breached its fiduciary duty in failing to review the content of the 2004 email exchange with the plaintiff, or by not pursuing the exclusion of CTL and TL claims during the course of negotiation with the defendant insurers. The court held that to recover damages from the broker, the plaintiff must prove the coverage they sought was available. Both of the present underwriters swore they would not have agreed to renew the policy if the CTL and TL were excluded from the AAD. There was no evidence that any insurer wo
uld have offered the coverage excluding CTL and TL from the AAD clause. The action against the broker was accordingly dismissed with costs payable by the plaintiff.