As security experts become increasingly concerned about the threat from “lone wolf” terrorists using simple and more readily available weapons, experts warn that some businesses face a variety of coverage gaps, including third-party liability arising from death or bodily injury. 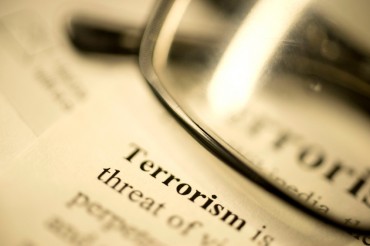 “As demonstrated by the November 2015 Paris attacks and the Pulse nightclub shooting in Miami in June 2016, smaller groups of perpetrators are increasingly reliant on firearms as the primary means to carry out attacks, with explosive devices now playing a secondary role,” Gray says.

Alan Bell, president of Toronto-based Global Risk International Inc., sees Canada as “a major target for lone-wolf terrorists that have been radicalized,” adding the terror threat has changed in recent years.

Lone wolves “usually get radicalized online, no one knows who they are, they do not have a big circle of friends, and they plan in isolation,” Bell explains. “So if the intelligence agencies and the police have no idea who these guys are, it’s very difficult to track them and find out what they are doing.”

To counter that threat, he suggests police and intelligence services “rely on people who see a potential lone wolf changing, the way he talks about things and things like that.”

For Canada, the “primary terrorist risk would be of lone-wolf attacks, such as in Ottawa two years ago,” reports Gordon Woo, catastrophe risk expert at Risk Management Solutions (RMS) Inc.

In October 2014, Canadian Army Corporal Nathan Cirillo, on sentry duty at the National War Memorial, died of wounds after being shot by Zehaf Bibeau. Bibeau is reported to have then been shot and killed by Kevin Vickers, then the Sergeant-at-Arms, after entering the Parliament Buildings.

That same month, Canadian Forces Warrant Officer Patrice Vincent died from injuries after being deliberately hit by a vehicle in Saint-Jean-sur-Richelieu, Quebec, the Department of National Defence reported at the time.

“Alongside the rest of the Western world, Canada remains a target for terrorism,” argues Jonathon Green, a risk consultant at AIR Worldwide, which is a Verisk Analytics business.

“This can be seen from the sad events in Ottawa in 2014 as well as the events earlier in (2016) in Ontario,” Green notes, alluding in the latter reference to Aaron Driver, who died this past August after being shot by police in a taxi in Strathroy, Ontario. It was widely reported that Driver had made a martyrdom video that suggested he was planning to detonate a homemade bomb in an urban centre.

“This guy was a nobody, initially, and then he ended up being shot dead while in possession of a bomb in the back of a cab,” Bell says of Driver.

“Soft targets like shopping centres and nightclubs where people are concentrated in relatively small spaces and large numbers are now a focus point for terrorists, who are often lone-wolf individuals who have tenuous links to groups such as ISIS (Islamic State in Iraq and Syria),” says Joseph Gilliland, terrorism underwriter for Beazley plc, which manages syndicates in the Lloyd’s market.

Small-scale attacks can have both property and liability risks, notes Douglas Everett, president of CHES Special Risk Inc., a wholesale broker and Lloyd’s coverholder with offices in Toronto and Ottawa.

“If somebody enters your premises and causes injury to people who are invited on to the premises, you have no (coverage) to even defend you” from a lawsuit, Everett warns firms not insured for third-party coverage for a terrorist attack.

Bell echoes that concern. “Most terrorist groups and lone-wolf terrorists are attacking people where they live, where they play and where they work,” he says. “How do you insure a restaurant?”

But restaurants are hardly the only public places of concern. Consider a sports or entertainment venue, where a bomb is detonated inside or outside “when people are leaving after a concert or a game,” Bell says.

Insurers “really need to look at where the world is going and they should be looking at the emerging risks,” he says.

“Hundreds of terrorist attacks occur annually, but actual insurance payouts have been negligible,” notes Chris Folkman, senior director of model product management at RMS. “The economic costs of terrorism have skyrocketed, but demand for terrorism coverage has remained relatively flat. And despite a proliferation of catastrophe bonds and other forms of alternative capital flooding into the property insurance market, relatively little terrorism risk has been transferred to the capital markets,” Folkman says.

Gilliland suggests, however, the market is starting to adapt. “Innovative specialist insurers have begun to release ‘active shooter’ types of coverage,” he notes. “This acts as a liability policy designed to go hand in hand with (or as an alternative to) a (general liability) policy. It offers pre- and post-event services such as bereavement costs to those affected, clean-up costs as well as the liability element itself,” he adds.

There are events “where there is limited or no physical loss or damage, but a fairly unfortunately high casualty rate,” reports Ben Tucker, head of terrorism and political violence for XL-Catlin.

“A number of people are being affected by these events, and I think that threat is increasing. How we are responding to that threat – I think the insurance market, in general, is coming up with different types of products,” Tucker says.

Although terrorism coverage is available, the take-up rate is “still pretty small,” Everett suggests, pointing out that if he offers 10 quotes, “maybe two people will take it up.”

In terms of underwriting, “at this time everything is still driven by postal codes,” he suggests. If in a zone with the expected highest probability of a claim, he notes, “you can still buy it (coverage), but you are going to pay a substantial amount of money for it.”

Tucker agrees. “The way that we underwrite terrorism is based on sort of a blast-zone approach,” he explains.

“There are peaks in the demand and these probably would translate into peaks in terms of reinsurance limits being secured, and maybe in certain zones, tighter limits being available,” he says.

“In Canada, the best example is Toronto’s postal code M5, where there are certain areas of that postal code where this is a higher demand for capacity, and so that will translate into the reinsurers having accumulations and, therefore, we have to be careful about the way we underwrite,” Tucker says.

Terrorism risk transfer deals, “as an alternative to standard reinsurance could become a future trend,” Green says. “But structuring these bonds can be a challenge due to the perceived difficulty in quantifying the financial risk of attack.”

Tom Johansmeyer, assistant vice president of marketing and reinsurance services at Verisk’s ISO unit, says there is an “increasing interest in parametric covers for terror risk from primary insurance through retrocession.”

In the United States, primary coverage “has been completed on this basis, triggering on the fatality or casualty count from a particular event,” Johansmeyer explains. “Moving up the risk and capital supply chain, structuring such covers can become more involved, particularly around co-ordinated simultaneous attacks.”

Companies need to exercise due diligence to reduce risk by having in place policies, procedures and the right insurance just in case, Bell says. Still “very few companies want to do that,” he suggests.

“If you are running a mall, or running a corporate building in the downtown core, you can’t stop people from coming in and out,” he notes. “There is a significant number of people who have been radicalized, and they are just waiting for the right moment, then they attack.”