Although less than 3% of Canada’s international trade is with the United Kingdom, the volatility and uncertainty resulting from the recent Brexit vote can create both risk and opportunity for Canadian organizations, some risk and insurance experts expect.

In a June 23 unbinding referendum, a slight majority of British voters said their nation should leave the 28-nation European Union (EU).

In the medium and long term, however, the concern “is the uncertainty around what ripple effect this could have around the European Union,” Loeters points out. “It is a risk that needs to be monitored if a client has significant operations in the U.K. and/or is using the U.K. as the access point into the EU,” he advises. 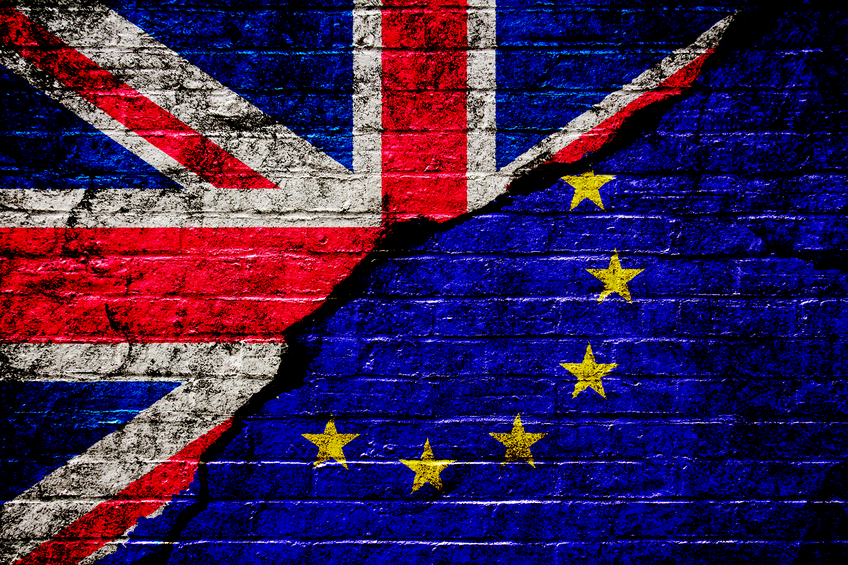 The EU has a customs union through which goods flow freely, it negotiates free trade agreements on behalf of its members, and EU citizens have the right to seek employment in EU nations other than their own.

“Markets took a huge hit the day of Brexit,” reports David Lea, senior analyst for Europe at Control Risks Group Ltd. “Particularly the pound against the (U.S.) dollar, pound against other world currencies, less so the pound against the Euro, but that took a hit as well,” Lea suggested during a July 21 webcast, Brexit: Political Risk in the Heart of the G7, hosted by RIMS, the risk management society.

“Political developments such as the U.K. vote to leave the European Union add to a period of uncertainty and volatility whose longer-term consequences are not yet clear,” notes a Swiss Re press release.

The view of Dane Hambrook, chief operating officer of Ironshore Canada Ltd. and chief agent for the Canadian branch of commercial insurer Ironshore Insurance Ltd., is that each industry will have its own individual vulnerabilities and risks associated with a development such as Brexit. “Brexit is a testimony to a broader issue about potential risk associated with reverse globalization and things of that nature,” suggests Hambrook, alluding to anti-EU sentiment in other EU member states, as well as opposition to other international trade agreements.

The vote has created uncertainty over the impact on the as-yet unsigned Comprehensive Economic and Trade Agreement (CETA) between Canada and the EU, he argues. Among other things, CETA is intended to eliminate most customs duties and make it easier to bid on foreign government contracts.

Hambrook’s take is market volatility can make directors and officers (D&O) vulnerable to lawsuits. “In times of volatility and uncertainty, mitigating the risks of multinational companies becomes very difficult,” he suggests.

“A pretty well-known precursor and cause of D&O claims is a single-day drop or significant depreciation in market valuation, whether it’s due to some specific release or financial misstatements or just misguidance,” he says.

Whether or not Britain will actually leave the EU – and if so, when – remains unclear. “The referendum is not technically binding,” Lea reports, but suggests that, in practice, the U.K. Parliament “has to respect the will of that referendum, even though it was narrow.”

The rules for exit are set out in Article 50 of the Treaty on European Union. Noting that Prime Minister Theresa May “has said she doesn’t want to invoke Article 50 straight away,” Lea adds that once Article 50 notification is made, “the U.K. has a two-year time frame to negotiate its departure from the EU, with the EU and bilaterally with each of the 27 other member states.”

Lea calls the process “quite an undertaking and we don’t think it’s going be able to do it in a two-year time frame. That two years is extendable and we think it will be extended by one year, possibly two.”

One major risk that BFL Canada is watching for “is if there will be any domino effect with other members of the EU, and what changes the EU will feel it needs to make to keep the union together,” says Loeters.

NO TIME TO PANIC

All that said, opinion polls in other EU nations show that there is a “real increase in enthusiasm for remaining in the EU almost everywhere,” Lea reports.

“We are not panicking over this,” Hambrook notes, though “this is creating volatility and uncertainty in the short term and potentially medium term.” The exit “is not going to happen overnight,” he points out.

“There is likely to be reform in the U.K. and in Europe as a result of this. There could potentially be more political risk, but that’s all uncertain at this time,” Hambrook suggests.

The result of the referendum “will contribute to uncertainty for businesses around the world, as global growth expectations are lower,” predicts Janice Deganis, Canadian insurance leader at Ernst & Young.

“But it’s important to note that there are many other factors that impact the global and Canadian economies, like oil price, for example. At this point, it’s hard to predict how this uncertainty will play out in the long run,” Deganis explains.

“I believe that Canada, on a global basis, is stable, is a safe harbour and may pose opportunities,” he contends.

“I suspect that Britain will be actively reaching across the Atlantic to expand trade with both Canada and the [United States] to counterbalance their trade with the EU,” Loeters predicts.

“In this respect, as a risk manager, I think there are some potential positives on the horizon. If I am using Britain as my access point into the EU, I am going to have to start looking at where I will need to move my base of EU operations from the perspective of greatest stability and regulatory compliance,” Loeters goes on to say.

Michael Moran, partner and lead U.S. analyst at Control Risks Group, noted during the RIMS webcast that without Britain in the EU, Canada would replace the EU as the top trading partner of the U.S.

Hambrook expects that the Brexit vote could cause some representations and warranties exposure for Canadian companies wanting to make acquisitions in Europe.

“If you are a Canadian company and there is uncertainty and you are looking to buy a European operation and it’s based in London, what is the value of that business now, with the reality that you also need to set up an office in Cologne or Munich?”

Lea suggests that within Europe, there will be “unintended consequences.” In the Republic of Ireland, for example, people are “worried because (Ireland’s) economy is so closely tied to the U.K.,” he reports.

“This is a long-term process and there is going to be a range of outcomes, depending on the path to exit,” Hambrook notes of Brexit.

“In the long term, it’s all going to come down to bilateral trade agreements that we sign to replace CETA and then we will have to go from there,” he suggests.