It’s a ‘Kodak moment’ for Canadian brokers seeking to expand consumer choice in a tightening market, says Nigel Roberts, head of distribution at AEGIS London. Here’s how to brighten the picture

cu | What are some of the strengths and weaknesses of the Canadian broker distribution channel?
Strengths of the broker model include the maturity of the model, the knowledge of the brokers, the customers’ loyalty to the model, and the strong relationships you will find between brokers and their clients. I find sometimes strengths can be weaknesses as well; I know that sounds a little strange. Canada is an incredibly traditional model. That is one of its inherent strengths, but also one of its inherent weaknesses.

cu | Can you elaborate?

I see this as being a threat to Canada because the Canadian distribution model and business practices are so mature and so ingrained and so traditional that it’s going to be hard to change. What you don’t want to do is blindly plow down a route of uncompetitive distribution just for the sake of maintaining tradition and relationships — and suddenly find yourself priced out of the market as a result. 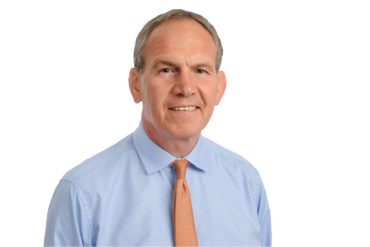 One of the biggest threats to Lloyd’s business in Canada is the rise of the domestic markets, both in terms of their acquisition of brokers and in terms of their development of online trading models. Obviously, the acquisition of brokers is very much focused on the acquisition trail of the big aggregators, which continues apace.
As well, many Canadian insurers are developing online products. They are cutting retail brokers out, and obviously they are able to reduce their costs by selling much more directly to clients. The threat to the Canadian broker distribution model, or to Lloyd’s anyway, is that we will be uncompetitive as a consequence of having several pairs of hands for risks to go through — including the client, the Canadian broker,
the Lloyd’s broker, and the Lloyd’s syndicate.

cu | Why is this such a threat?
Insurers are buying distribution. I see some of the big beasts in Canada eating up these small retail brokers, thus taking away choice from clients. Consequently, M&A is reducing customer choice and that is worrying. I think it’s important that customers have got that choice. What we try to do is help those smaller retail brokers thrive by giving them good product. Then they can compete and maintain plenty of choice for consumers.
It’s a kind of a Kodak moment for the Canadian retail broker market: it’s almost, ‘Modernize or die.’ It’s a fairly blunt message, and it’s one I don’t like giving because there’s so much in tradition that I like. Unfortunately, in business, tradition can mean inefficiency and inefficiency means overpricing. I’m not saying eradicate tradition completely. What I am saying is, parts of tradition smack of inefficiency and higher costs; we need to get rid of these things.

cu | How do Canadian brokers stay strong in this kind of environment?
I hear brokers are worried about the local carriers cutting them out. The way they stay strong is by reinventing themselves. They have to make sure they are adding value to the process.
They are the trusted risk advisor for the client. If a client can buy commercial insurance online by answering a few questions on the Internet, then it does bring into question the broker’s value as a risk advisor. What brokers have to do is to say, ‘How do I ensure I am really genuinely adding value to the client?’
The client might be prepared to pay a little bit extra because they’re buying the expertise of that broker. Brokers need to stay strong that way, by selling themselves and their expertise, and by developing channels of distribution with markets like Lloyd’s, which make for a more cost-effective way to deliver the product.

cu | How do you do this?
As a market, we develop online tools for Canadian brokers that allow them to handle business competitively and compete with direct writers. We have an online quote-and-bind platform called OPAL that’s just been launched in Canada, where AEGIS has been for 20 years, in the errors and omissions (E&O) area. It will literally quote, bind and issue policy documentation automatically. There will be very little human intervention in the process. We’ll be doing business much more cheaply, much more cost-effectively, and we will allow our brokers to remain competitive in the face of the direct competition. We’re trying to make it much easier, but still working through the broker distribution channel.

cu | How can brokers deal with Lloyd’s more effectively?
By opening up these different channels. What the brokers can’t afford to do in Canada is to sit passively by and watch their lunch being eaten by the direct writers. They have to do something about it. They can’t afford to bury their head in the sand and pretend it’s not happening. Because it is happening and it will continue to happen.
There may still be a small premium that clients have to pay to get that personal service, but I think that’s a price worth paying. Say you’re a small- to medium-sized enterprise, you’ve placed your business directly with a behemoth carrier, and you’ve got a difficult claim. What chance have you got against this mighty insurer? But if you’ve done it through a broker, with whom you have a good, strong commercial relationship, then it’s the broker relationship that matters. For us, because of our relationships with brokers, we’re much more likely to pay that “grey-area” claim than a large carrier would be.

cu | How much would that premium be?

It’s hard to say exactly, but likely no more than 10%.

cu | How does a hard market in Canada affect Lloyd’s?
From a pure underwriting perspective, it creates opportunity for underwriters. The bad side of course is that prices are going up for clients. What does it do for us here? I think it gives us confidence. I think seeds of worry were developing in Canada about what Lloyd’s was doing, and about some of the measures that were taken at the end of last year. Some syndicates were retrenching, some syndicates were closing down, whereas Lloyd’s allowed AEGIS London to grow. What a hard market does is it keeps choice available to Canadian clients and Canadian brokers through working with the Lloyd’s market. I think choice is the name of the game. When there’s a hard market, Lloyd’s is going to be healthy. It remains a very viable option for Canadian clients. So, on the face of it, while prices might be going up a bit, all I would say is they needed to. You look at the combined ratio of the property and casualty market in Canada and those numbers just aren’t sustainable. Something had to change.

Nigel Roberts
Title: Head of Distribution, AEGIS London
Past experience: Joined AEGIS London in 2014 from Willis, where he was head of placement in their London operation. Prior to that, Roberts was the managing director of the specialty division at Aon in London. He was a member of the London and International Insurance Brokers (LIIBA) board prior to joining AEGIS. He has campaigned for reform in the London insurance market for many years and was a member of the Market Reform Group during his time as a broker.