To reduce the potential for collusion, homeowner policies typically contain “family exclusions” that are intended to eliminate coverage for claims by people residing in the same household against one another.

The Supreme Court of British Columbia reviewed a typical family exclusion in the 2016 decision, Gill v. Ivanhoe Cambridge, and rejected the argument of the insurer, Economical Mutual Insurance Company, that the exclusion eliminated coverage on the facts of the case.

In doing so, Justice Peter Voith reviewed the law on the topic of family exclusions and took the rare step of drafting an exclusion that would have been effective, which should be of interest to all underwriters of Canadian homeowner policies. 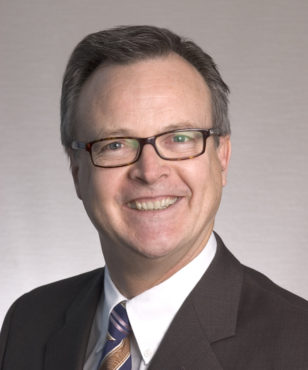 In Gill, the infant plaintiff, Gurjeet Singh Gill, who was two years old at the time of the accident, was severely injured at the Metrotown Shopping Centre in Burnaby, British Columbia. The child, who was with his father, fell through an opening in a glass partition near an elevator on the second floor to the ground below.

The infant sued a number of defendants, including the shopping centre owner and the elevator company, but did not sue his father.

Some of the defendants filed third-party claims against the father, alleging the accident was his fault for failing to properly supervise his son.

The father reported the accident to Economical Mutual, which denied coverage to him, citing the family exclusion in its homeowner policy:

a) PERSONAL LIABILITY: There is no coverage in this Section for claims arising from

5)     Bodily injury to the Insured or to any person residing in the Insured’s household other than a Resident Employee…”.

Economical Mutual unsuccessfully argued that the language of the exclusion was clear and unambiguous. The insurer further argued its exclusionary language captured both direct claims, such as a claim that could have been made by the son against the father, as well as indirect claims, such as the third-party claims that were made by some of the defendants against the father.

Both types of claims, Economical Mutual argued, are “claims arising from Bodily Injury to… any person residing in the Insured’s household…”

Justice Voith referred to a number of decisions where family exclusions were effective to eliminate coverage, namely the Court of Appeal for Ontario decisions, Quick v. MacKenzie in 1997, Bawden v. Wawanesa in 2013 and Allstate Insurance Company of Canada v. Aftab in 2015.

After reviewing those cases, the judge decided that they were not determinative, noting “the risk inherent in comparing specific clauses or language in different insurance policies, without access to either portions or the whole of those insurance policies…”.

The judge went on to consider the drug activity exclusion, the terrorist exclusion and the mould exclusion in the Economical Mutual policy. The court noted that with respect to a number of excluded perils, the insurer not only excluded coverage for loss or damage “arising from” the peril, but also went on to include additional language that removed any doubt about how far the scope of the “arising from” language extended. For example, Economical Mutual’s terrorism exclusion stated:

“This Insurance does not apply… to claims arising from:

(2)     Terrorism directly or indirectly, in whole or in part, or out of any activity or decision of a government agency or other entity to prevent, respond to or terminate terrorism…” [Emphasis added]

Justice Voith wrote that the absence of similar language in Economical Mutual’s family exclusion either disclosed the absence of an intent to exclude indirect claims by strangers or, at a minimum, rendered the exclusion ambiguous.

He concluded the father was entitled to coverage, after finding “there is some ambiguity in the language of the Family Exclusion and, in particular, whether that exclusion, which is to be narrowly construed, extends to indirect or third-party claims made against an Insured for bodily injury to another Insured.”

Justice Voith noted Economical Mutual could have improved the language it used in the family exclusion to make clear an intent to exclude indirect claims or third-party claims.

Underwriters of Canadian homeowner policies who wish to exclude coverage for indirect claims and third-party claims, such as those in Gill, would be wise to compare the family exclusions in their homeowner policies with the wording drafted by the court and consider tracking Justice Voith’s wording.

The Gill case also reinforces the need for underwriters to ensure that the wording they use in different exclusions is consistent.