On July 6, the Financial Services Commission of Ontario approved a new standard fleet auto policy. To date, only one insurer is using the new policy.

The policy is meant to provide primary coverage for private passenger vehicles engaged in “ridesharing” activities with a “transportation network company” or TNC. As of mid-August, Uber was the only TNC insured under the new fleet policy, under a policy issued by the aforementioned Canadian insurer, Intact Insurance.

The new policy seeks to fill existing coverage gaps under the standard Ontario Automobile Policy (OAP 1) when insureds are using their vehicles for ridesharing with a TNC. However, it also raises new coverage questions about how the new policy interplays with the vehicle’s underlying policy.

Uber asserts that the fleet policy provides coverage for its UberX drivers and their vehicles. UberX is a web-based service program whereby users who meet certain criteria can make money carrying and delivering Uber subscribers from one place to another. 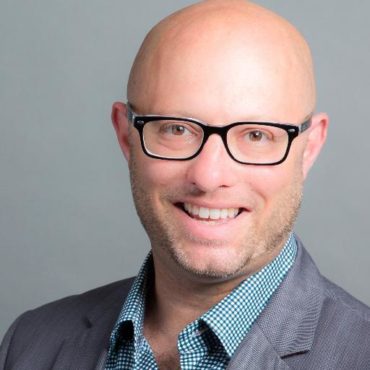 However, Section 1.8.1 of the OAP 1 excludes coverage if the vehicle is being used to carry paying passengers. This means that every time an UberX driver is operating a vehicle and engaged in UberX activities, he or she is violating the OAP 1 and driving without full coverage.

Even worse, UberX drivers involved in accidents could lose their cars (and possibly their houses) if they are involved in an accident without proper coverage.

The policy is a fleet policy issued directly to a TNC. In the case of Ontario’s only approved policy to date, the policy is issued to Uber Canada and a company named Rasier Operations B.V., which contracts with individual “rideshare drivers” who use their own automobiles for Uber. Rasier also allows passengers to obtain and pay for on-demand transportation using the Uber online-enabled application.

The policy purports to fill the coverage gap in the OAP 1 by eliminating the exclusion for “carrying paid passengers” noted in Section 1.8.1.

In addition, the policy becomes primary when the vehicle is engaged in UberX activities and contains all of the standard coverages in the OAP 1 (third-party liability, accident benefits, uninsured automobile and direct compensation).

It also provides collision and comprehensive coverage – but only if the underlying policy also contains those coverages. There are no optional accident benefits under the policy.

Together, these periods essentially provide coverage from the time a rideshare driver logs into the app until he or she logs out.

Two interesting components of the new insurer policy impact the underlying vehicle’s policy. First, any “rideshare driver” or “rideshare vehicle owner” (RVO) is a “named insured” under the fleet policy.

When the driver logs out of the app, he or she is no longer a named insured under the policy.

Second, the policy’s ridesharing endorsement states it provides primary coverage for the automobile while it is being operated for UberX activities in the pre- and post-acceptance periods. For leased vehicles, the policy would respond first to any third-party liability claims, pursuant to Section 277(1.1) of Ontario’s Insurance Act.

It further confirms the policy provides primary coverage in respect of claims made for statutory accident benefits by a rideshare driver.

These two components create potential coverage and procedural issues by adding the policy over an underlying policy, especially with respect to accident benefits.

For example, under the “priority rules” in Section 268(2) of the Insurance Act, any person involved in an accident has recourse first against his or her own insurer for accident benefits claims.

With the new UberX policy purporting to be primary, it would mean, for example, that if an UberX vehicle strikes an uninsured pedestrian, the pedestrian would have recourse first against the insurer under the UberX policy, not the underlying vehicle policy.

Likewise, presumably an uninsured passenger in the UberX vehicle would have recourse first against that policy’s insurer, not the underlying insurer.

That being the case, underlying insurers would need to respond to the claims and pay benefits pending the outcome of any priority dispute against the UberX insurer. This could result in unrecoverable expenses for the underlying insurers.

Consequently, the underlying insurer could end up paying benefits on a claim arising from an accident where its insured was contravening Section 1.8.1 of the OAP 1.

In addition, when a rideshare driver or RVO becomes a named insured under the UberX policy, spouses and dependants become “insured persons” under the same policy, pursuant to Section 3 of Ontario’s Statutory Accident Benefits Schedule (SABS).

For example, suppose an RVO’s adult son is using the family’s only vehicle for UberX activities. While logged into the UberX app, the RVO and the rest of the family (spouse and dependants) are struck as pedestrians by a random vehicle in an incident unrelated to the UberX vehicle or its activities.

Pursuant to the priority dispute scheme in Section 268(2) of Ontario’s Insurance Act and the definition of “insured person” under SABS, the RVO would likely be entitled to claim accident benefits from the UberX insurer, claiming recourse as a named insured.

Similarly, the spouse and any dependants would likely be able to claim recourse against the UberX policy.

Insurers investigating priority will have to ask their insureds/claimants whether or not they were logged into the UberX app at the time of the accident.

If yes, the driver (and their spouse, dependants), any occupant of the vehicle, any pedestrian struck by the vehicle and, possibly, anyone else involved in an accident with the vehicle, could have recourse against the UberX insurer for accident benefits.

Although the new UberX policy seeks to fill existing coverage gaps under the standard OAP 1, it does not necessarily remove all of the risks that underlying vehicle insurers face when their insureds are using their vehicles to drive for Uber.

Insurers should consider whether or not they wish to be “underlying vehicle insurers.”