cu | Is it possible that over the long term, Canada’s P&C industry will be paying $2 billion annually to insure catastrophe damage?

Yes, it’s certainly possible. There has been an upward trend of Cat losses and the industry has been increasing its exposure to flood and water. Of course, we have the large events like the Fort McMurray wildfire and the Alberta floods that could be considered to skew the timeline; but in 2018, there was no $1-billion event, and yet Cat losses were still greater than $2-billion. We are comfortably crossing the $1-billion mark every year, and have already done this in 2019.  It wouldn’t surprise us to see an average $2 billion annually within the next few years. 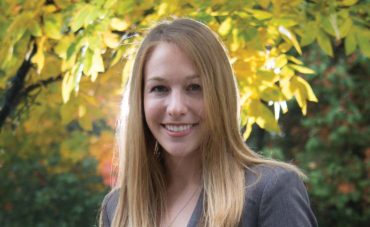 cu | You mentioned the industry increased its exposure to water damage when it started offering overland flood coverage in 2015. How does this play out in the Cat loss numbers?

Since 2015, the percentage of Cat losses related to water has increased. In some years, this has been nearly a quarter of the annual loss.

cu | To what extent is climate change a factor in all this?

In addition to the industry becoming more exposed to flooding, we’ve seen a lot more water-related events come into the picture over the past few years. Cat season was always defined as the summer due to severe thunderstorms in the Prairies, with hail and strong wind gusts bearing through in Western Canada. But since 2017, Ontario and Quebec have dominated the Cat losses. This year, we had five catastrophes in the first quarter, and the decadal average is one. Four out of five of these first-quarter Cats were mainly water-related; Greater Toronto Area (GTA) bore the brunt of these events. Several intermittent warm-ups with rainfall in the cold season resulted in seepage, ice damming, sewer backups, ice jams and overland flooding. With Canada experiencing a significant rate of warming, particularly in the winter, an active first quarter could become the norm and not just impact the GTA.

cu | Which part of the year is typically the worst for catastrophes?

That’s been changing. Historically, what we’ve called Cat season is the third quarter, since July is typically when we see the most Cats and the most loss, mainly a result of severe thunderstorms in the Prairies. In 2018, we had more Cats in the third quarter, but the second quarter was more impactful due to loss mainly because of the May windstorm in Ontario and Quebec. This year, the first quarter was unusual. It was more impactful than the third quarter; if we include the April flooding in eastern Canada, the losses were significantly higher. Because of the spring Cats in Ontario and Quebec, we are seeing a shift in the timing of the peak for losses and events. One concern would be that the third quarter returns to being the peak Cat season, while the first and second quarters continue to experience significant Cat loss.

cu | What are the most common types of Cat claims?

cu | Where in Canada are you most likely to see the most damaging Cat losses?

Insured catastrophes happen where people are, so it’s heavily biased towards densely populated areas like the GTA. Atlantic Canada gets walloped with intense weather-systems frequently in the winter, and hurricanes in the fall, but from a Cat loss perspective, the area is less densely populated, and generally equipped to handle such storms. However, this is not always the case, as we saw from the damage caused by Hurricane Dorian this past September. In the interior of Canada, just off the foothills of Alberta, severe thunderstorms will always develop there. All you need is some atmospheric instability and easterly winds at the surface, and you have yourself a thunderstorm. If there is enough upper-level support in the atmosphere and wind shear, the storm might become severe and sustained to  reach the highway that runs between Calgary and Edmonton. A significant portion of Alberta’s population lives along that corridor, and so that area will always be susceptible to severe thunderstorms that produce large hail, and damaging wind gusts and therefore Cat loss.

cu | Tell us a bit about the CatIQ Connect conference coming up in Toronto on Feb. 3-5, 2020. I understand you are taking a bit of a different approach to this conference. How so?

CatIQ Connect is the annual Canadian Cat conference that brings together experts from the industry, all levels of government and academia to discuss best practices and innovative solutions to mitigating loss to Cats. The theme next February will be  a solutions-based approach to Cats. We have already talked a great deal about the challenges that come from Cats. What we really want to do at CatIQ Connect2020 is to say: ‘We all know this problem exists, and here is a potential solution,’ or ‘Here is the next step to mitigating catastrophic loss.’

Our steering committee has put together a great agenda featuring outstanding speakers. The 2020 keynotes include Roy Wright, president and CEO from the Insurance Institute for Business & Home Safety. We’ll have a fireside chat with Maryam Golnaraghi, director of climate change and emerging environmental topics of the Geneva Association. And we’ll hear from Kathy Bardswick, president and CEO of the Canadian Institute for Climate Choices.

On the first day, we will host a workshop in partnership with the Canadian Red Cross. The next two  days include jam-packed information sessions around many topics —  flooding, earthquake, wildfire, mental health in disasters, from  the on the ground perspective, financial solutions to climate change, resiliency, communication, and risk assessments.